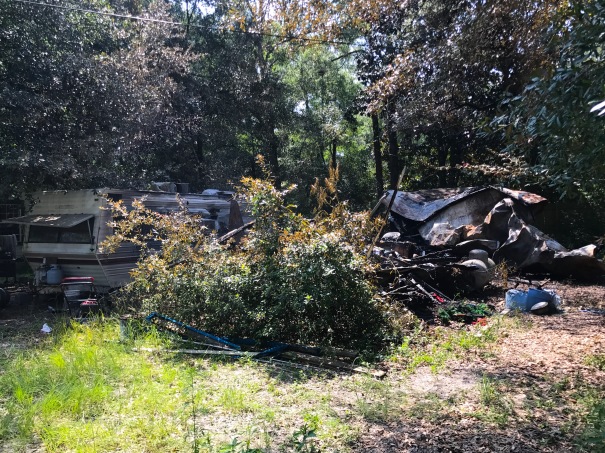 Freeport, Fla— An overnight residential fire destroys an unoccupied mobile home and threatens a nearby camper with residents inside.

At approximately 11:20 PM Thursday night, the Walton County Sheriff’s Office received a call about a mobile home fire on North Street in Freeport. The resident stated that his neighbor’s singlewide mobile home was on fire. The neighbor quickly ran to a camper that was next to the burning mobile home to warn the residents of the nearby structure fire. All occupants managed to escape unharmed.

Walton County Fire Rescue and WCSO deputies arrived on scene to find the mobile home fully engulfed in flames. WCFR firefighters were able to contain the fire within 9 minutes and keep the camper from catching on fire, but the mobile home was completely destroyed.

The State Fire Marshal’s Office is currently investigating the cause of the fire, and American Red Cross was called out to assist the residents of the disintegrated mobile home.