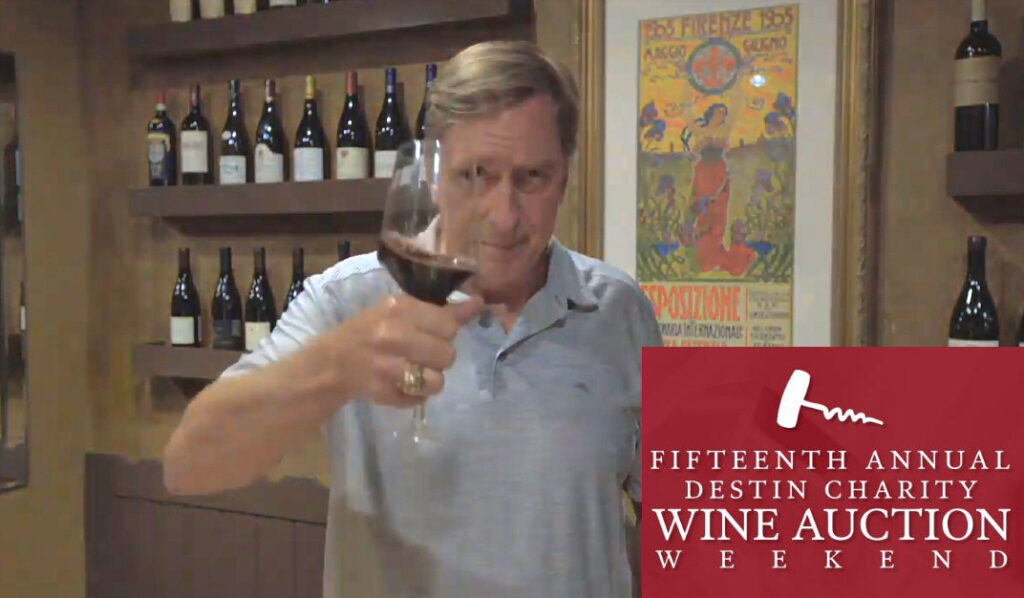 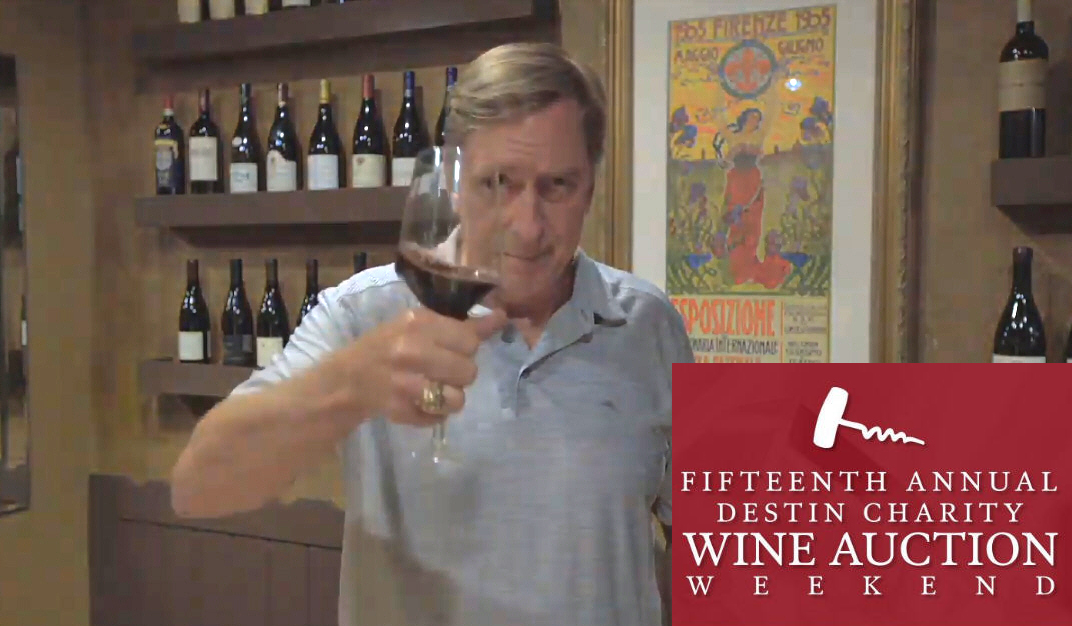 15th Anniversary Destin Charity Wine Auction Presented by the Jumonville Family Raises over $1.35 Million for Children in Need in Northwest Florida Through its First Virtual Auction

Miramar Beach, Fla. – August 24, 2020 – Destin Charity Wine Auction Foundation (DCWAF) celebrated the 15th Annual Destin Charity Wine Auction presented by the Jumonville Family through a new virtual format on August 22. DCWAF is pleased to announce that the event raised $1.35 million for children in need in Northwest Florida, despite the many challenges presented by COVID-19.

“We are so very grateful for the support of our board, our business community, and so many wineries that played a role in helping us produce the 2020 auction. The fact that we could raise over $1.35 million for children’s charities while maintaining a safe environment for all is proof that we can continue to make positive impacts in our communities despite the pandemic. The lesson we learned is don’t stop fighting to find a way forward.”

The auction, originally scheduled for the last weekend in April, has overcome a number of challenges during its anniversary year to include rescheduling to August before moving to a fully virtual format. The funds raised far exceeded the Foundation’s fundraising goal and are trending above the national average for funds raised through virtual charity auctions.

The live auction portion of the event was held simultaneously with a live broadcast streamed on YouTube from the Hilton Sandestin Beach Golf Resort and Spa. Hosted by auctioneer Ursula Hermancinski, friends from throughout the Foundation’s 15-year history sent in messages of support to kick off the live broadcast. Prior to the 2020 auction, DCWAF had yet to break the $100,000 barrier for a single-sale live lot. DCWAF is pleased to announce that this year’s auction boasted two record-breakings lots, an immersive trip to Dakota Shy and Triple Creek Ranch featuring Honorary Vintner Todd Newman and Honorary Chef Tim Creehan which sold for $105,000 and a trip to Virgin Gorda with the Phelps family that sold for $100,000. Other notable lots included a seven-day trip donated by Steve & Bridgit Griessel of Betz Family Winery to the South African winelands and Molari Lodge which sold for $50,000 and a once in a lifetime trip to the Cayman Cookout, which sold twice for a total of $70,000.

The 15th Anniversary Destin Charity Wine Auction presented by the Jumonville Family was comprised of 29 unique Live lots, 6 Almost Live lots, 29 Super Silent lots, and 131 Silent lots. The event, originally scheduled for April, had 64 generous sponsors. In an unprecedented act of generosity, all sponsors agreed to continue their support after DCWAF was forced to cancel all in-person events due to COVID-19.

In addition to the virtual auction festivities, long-time DCWAF supporters got creative in finding ways to support the Foundation. Wine World donated a portion of their wine retail sales during the month of August leading up to the event. Trustees Bill & Cheryl Stegbauer matched the sales at Bijoux on Friday, August 21 in a donation to DCWAF of $15,800, and Bijoux owners Jack and Leslie McGuckin generously contributed an additional $5,000. For those still wishing to support DCWAF, Revana Estate is contributing a portion of their 2017 Estate Cabernet Sauvignon wine sales to DCWAF until the end of the month. More details on this promotion can be found at dcwaf.org/blog.

As the top charity fundraising event in Northwest Florida, the Destin Charity Wine Auction has been ranked among the nation’s top ten highest-grossing charity wine auctions in the country by Wine Spectator Magazine for seven consecutive years and is currently ranked sixth. The money raised at this year’s auction will be presented to the charity partners this fall in private check presentation ceremonies that adhere to current social distancing guidelines.

About Destin Charity Wine Auction Foundation Destin Charity Wine Auction Foundation’s mission is to connect wine enthusiasts to raise money to benefit children in need in Northwest Florida. Founded in 2005, DCWAF has donated more than $21 million to Northwest Florida charities by hosting world class wine and culinary events. These funds have impacted the lives of over 90,000 youth, including those afflicted by health issues and abuse. Learn more at DCWAF.orgor facebook.com/DCWAF.

The post Destin Charity Wine Auction Presented by the Jumonville Family Raises over $1.35 Million appeared first on 30A TV Video.

Be the first to comment on "Destin Charity Wine Auction Presented by the Jumonville Family Raises over $1.35 Million"