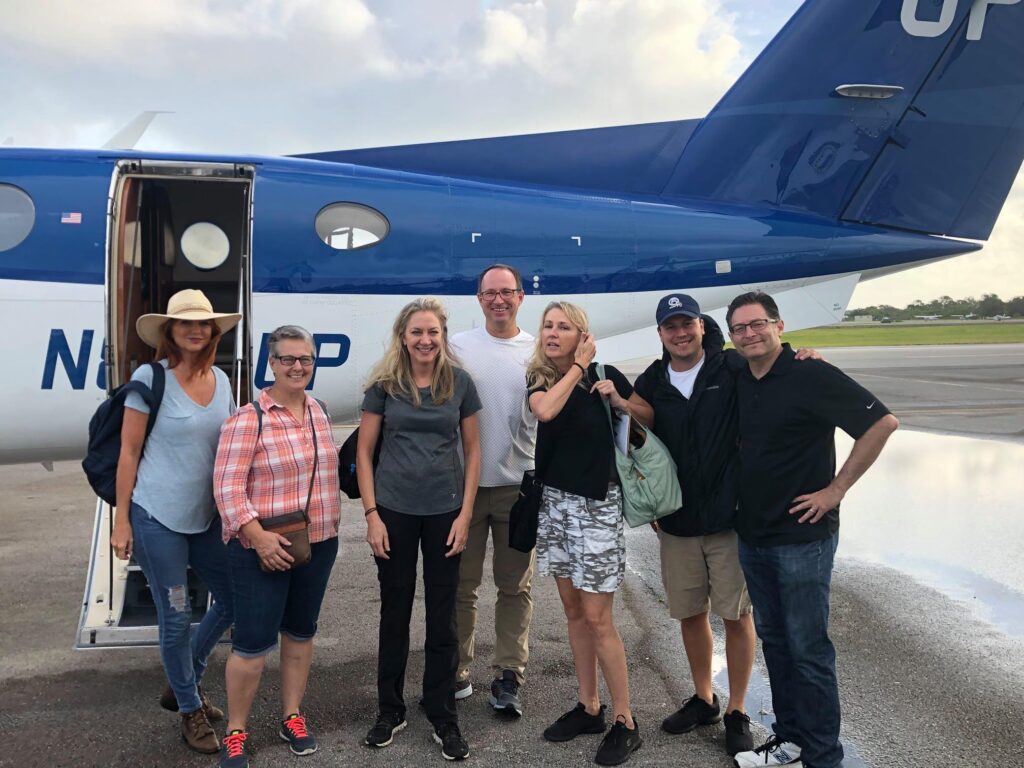 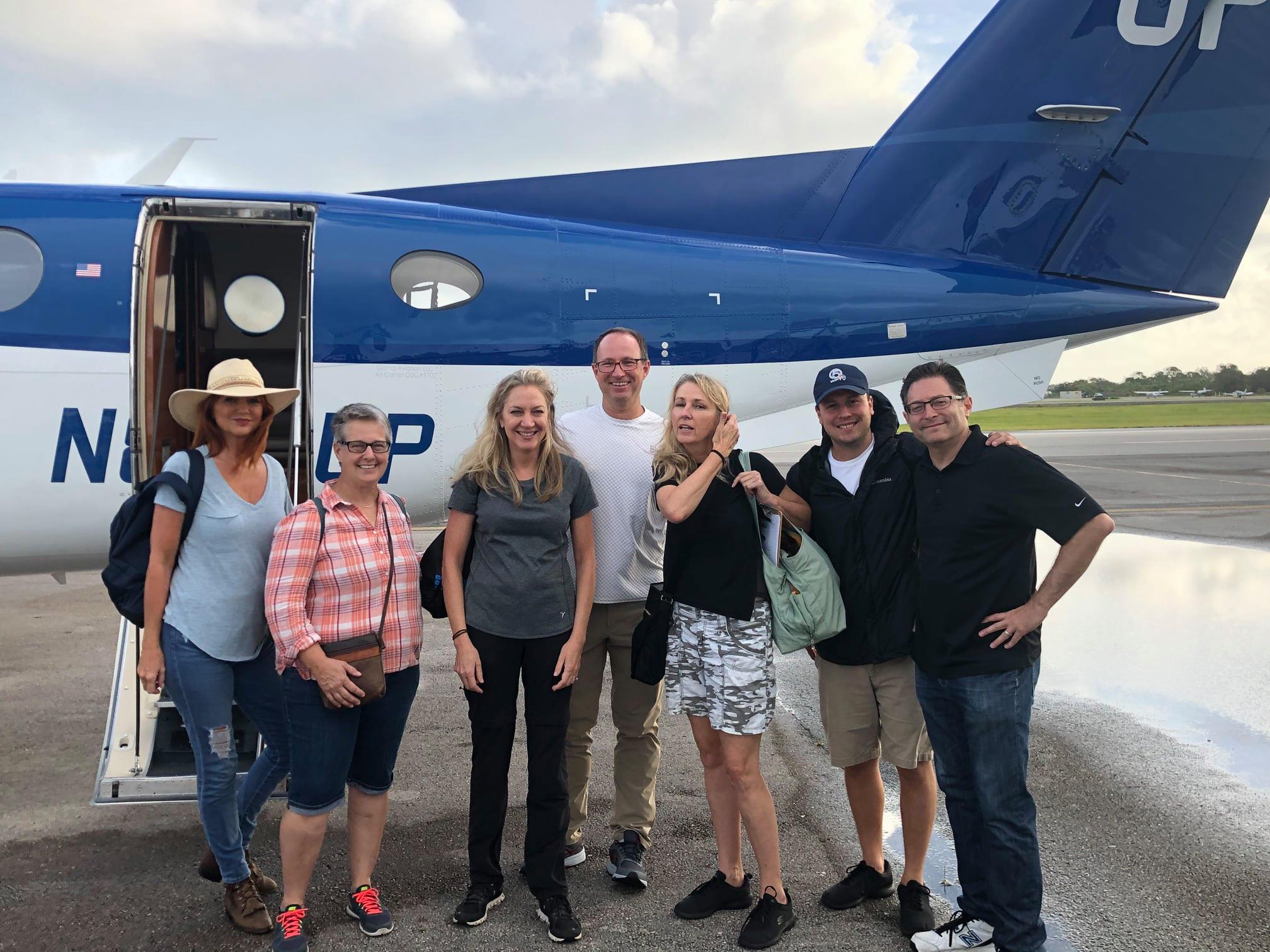 In September of 2019, Hurricane Dorian ripped through the Bahamas as a Category 5 hurricane causing catastrophic damage and wreaking havoc across the Abaco Islands and Grand Bahama Island with rain and wind gusts up to 220 miles per hour. Alaqua Animal Refuge Founder Laurie Hood worked with national organizations GreaterGood.org and Animal Wellness Action (AWA) to deploy to Freeport, Grand Bahama Island on a mission to assess three farms and their surviving animals, including many horses. Hood, the Florida State Director for AWA coordinated and arranged a private flight (provided by generous Alaqua donors) into the devastated island to see what remaining farms had survivors. Hood was accompanied by equine veterinarian Bess Darrow, AWA colleague Jennifer Skiff, Alaqua Board Member Demetria McNeese, and a team of others to survey the situation. For Hood, the experience was life changing. Out of the three farms the team visited, Ol’ Freetown Farm was by far the worst. Formerly a tourist destination on the east end of Grand Bahama Island, the entire farm was demolished. “It was literally like Alaqua on a beautiful Caribbean island that had been destroyed, and it immediately had my heart,” recounts Hood. “I haven’t stopped thinking about the devastation of the animals that were lost, the lives that were lost, and the incredible story of survival of the family that once ran the farm. I immediately had a connection with the Johnson family. It’s like they were my soul sister and brother.” Sissel and George Johnson, the owners of Ol’ Freetown Farm, were the island’s animal ambassadors. They had operated the previously lush farm for over 10 years, saving all types of animals and supplying fruits and vegetables to the island. They also provided tours for school children and visitors, and wellness classes. The hurricane utterly decimated their entire farm and over 200 animals perished, including their caretaker and longtime friend. Their heart wrenching story is one of survival, including Sissel’s 85-year old mother Virginia who was in a wheel chair and strapped to the kitchen cabinet in order to survive the 20-foot flood waters. For three days, Virginia managed to keep her head above the rising ocean water and survived. After one year of retrying to rebound and rebuild, the Johnson family ran out of options as the destruction was too great. They left their home and decided to not rebuild as it was. Currently, the Johnsons are temporarily living with family in South Carolina along with their two small emotional support dogs, Sophie and Millie, that were in the attic with them when Dorian hit. Here they will continue to try and heal from the loss of so much, as they navigate their next steps and find a new home in which to settle. In addition, they are waiting for the Canadian border to open up so they can visit Virginia who was airlifted after the hurricane to her home country of Canada and has been getting additional care in a senior nursing home there. When the Johnson’s came to the U.S., they had to leave their three larger dogs behind to live with friends in the Bahamas. Just recently, that family could no longer care for them and the Humane Society of Grand Bahama in Freeport offered to keep them for a short time until they could find another solution. Again, Alaqua was called upon and Hood offered to help. With the assistance of Tip Burrows, the executive director for the Humane Society of Grand Bahama, and Melissa Forberg, formally with the Humane Society of the United States, Hood arranged air and ground transportation to bring the Johnson’s beloved pets to Alaqua. Riley (Doberman), Alex (German Shepherd) and Bailey Rae (Bohamian Potcake) arrived safely at Alaqua and will be cared for by loving staff and volunteers until they can be reunited with the Johnson’s. They were a little scared at first, but are now enjoying playing together and with other animals in Alaqua’s play yards and going for long walks with volunteers. “I could not have survived this past year without any of my dogs,” said Sissel Johnson. “Long-term, we hope to figure out how to have them all with us but I knew and trusted Laurie and her team to take care of them for us and could rehome them if things didn’t work out. It would break our hearts if that is the case but I know they will be cared for if we can’t get them back with us.” Losing friends and animals and family has been hard for the Johnson family, but their spirit remains hopeful for their future, and they have peace knowing that there is an organization such as Alaqua to help them heal, as well as provide a safe and loving sanctuary for their animals. For Alaqua, this is what they do— helping to change and heal the lives of animals and human souls. Every day is different, but one thing remains constant: Alaqua will always be on the forefront helping rescue animals and their humans in times of need. The Refuge is still closed to the public due to COVID-19 precautions, but is still adopting animals by appointment only. Their life-saving work has continued through a valley of challenges including the halt of significant and critical fundraisers while still trying to manage the day to day operations of the Refuge. Alaqua is funded solely on individual donations from supporters, visitors, and like-minded organizations who are passional about animal welfare. Funds are especially needed at this time to help the organization survive in this new world so they can continue to thrive, grow, and give animals of all kinds second chances. And second chances don’t just include animals. Through their work, they also help heal beautiful souls like the Johnson’s, giving them peace and hope. To donate to Alaqua’s mission, you can click this link: http://bit.ly/AlaquaDonate 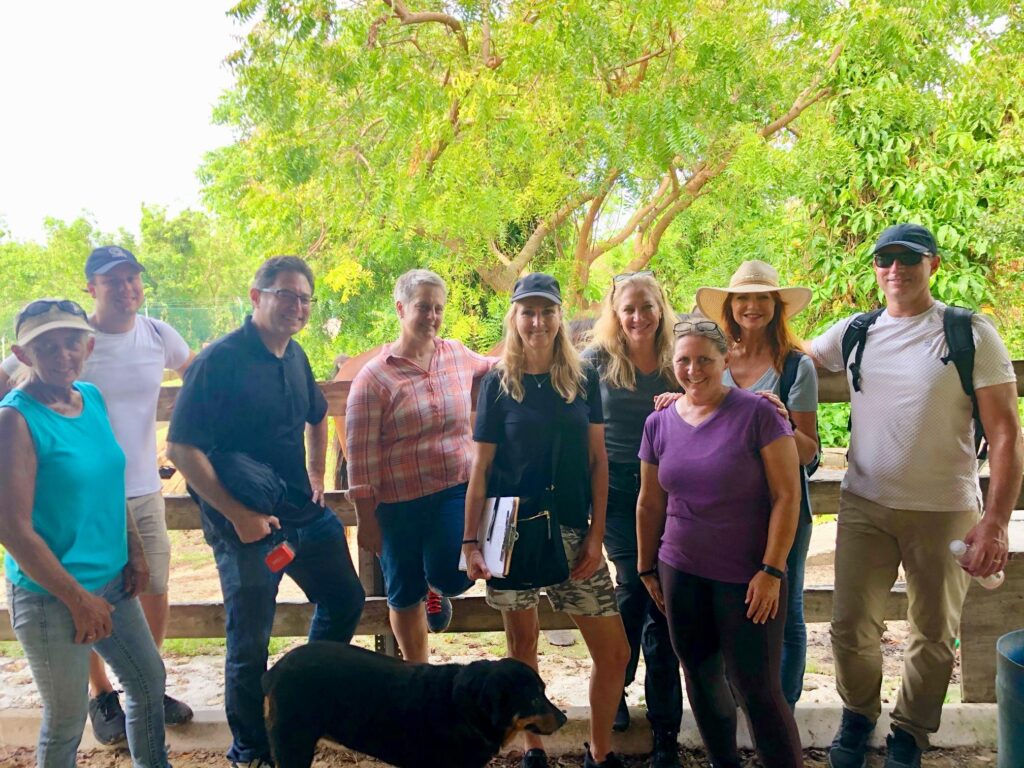 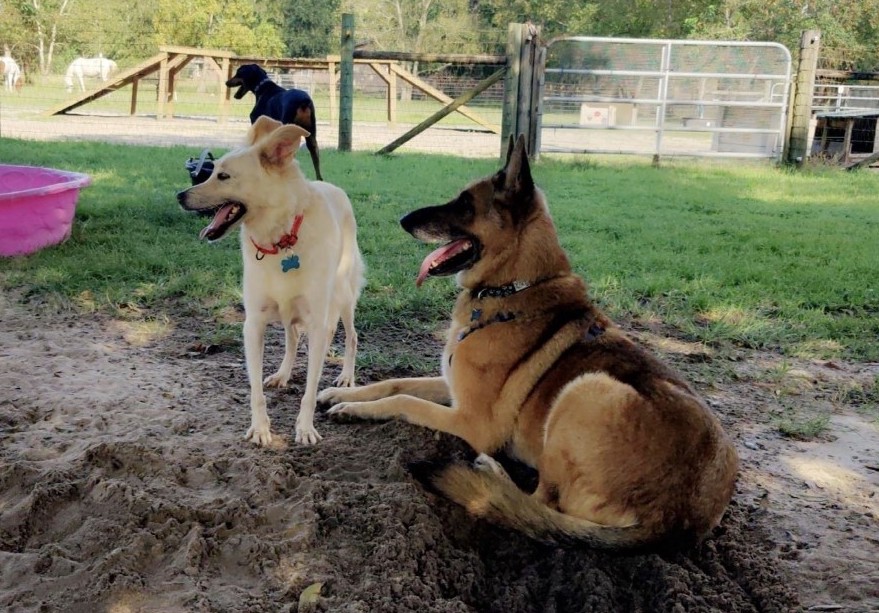 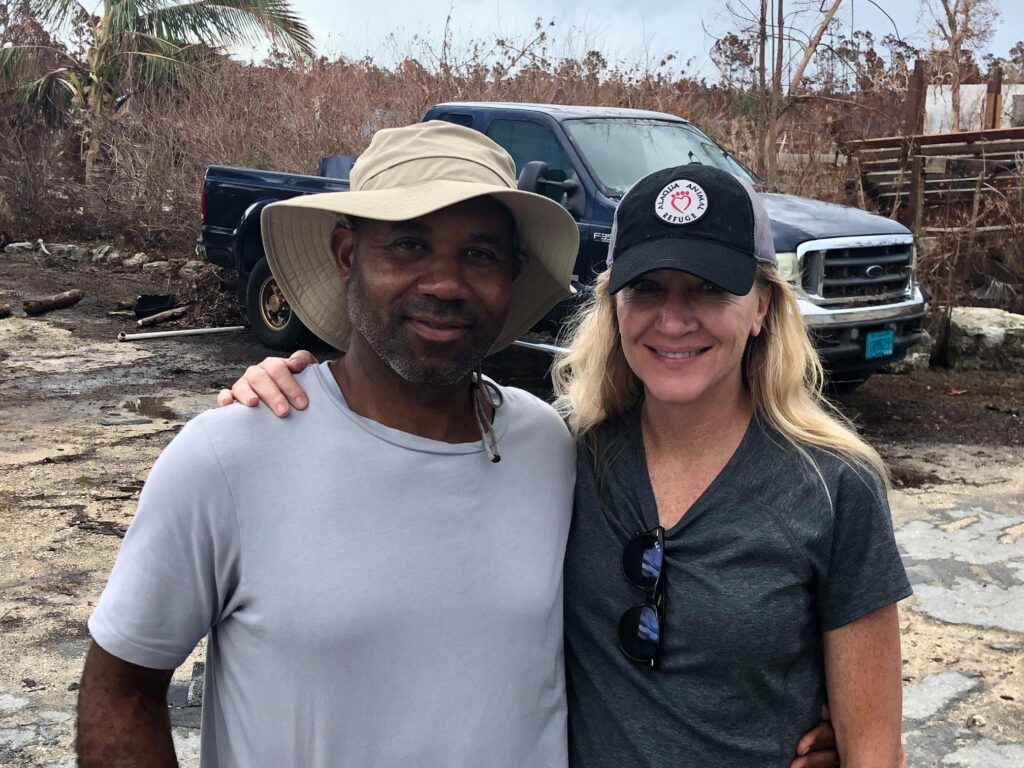 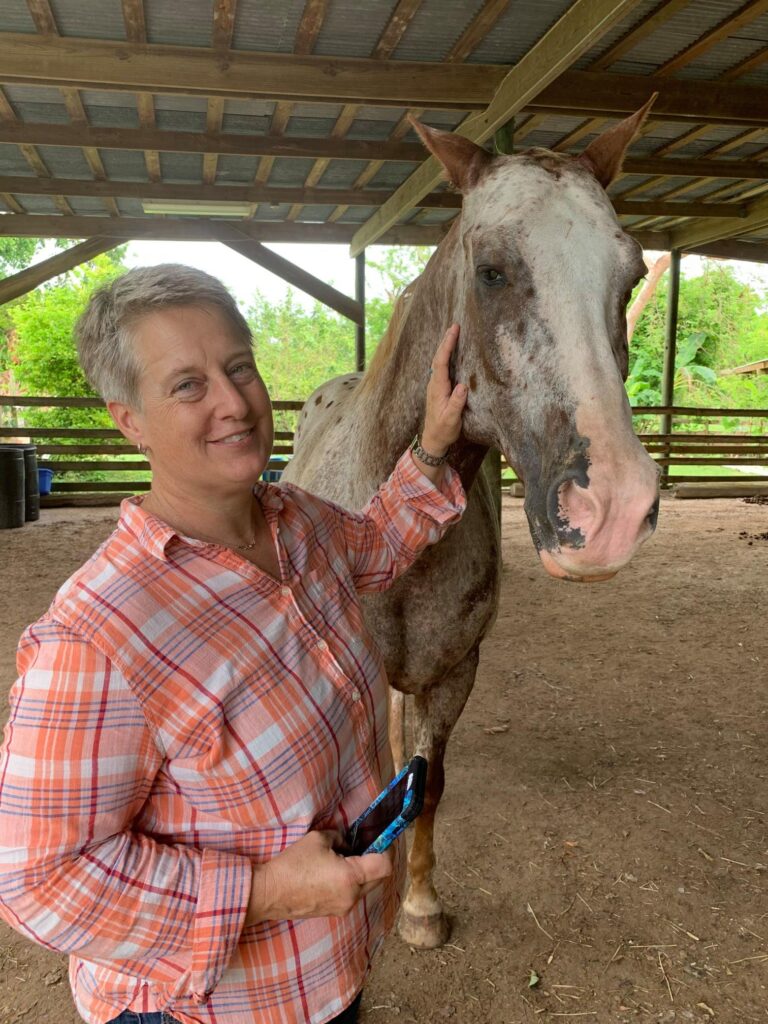 ### About Alaqua Animal Refuge Alaqua Animal Refuge is a no-kill animal shelter and sanctuary, located in the panhandle of Florida. As the Southeast’s premier no-kill 501(c)3 refuge and sanctuary, Alaqua believes that every abused, neglected and homeless animal deserves a second chance. Committed to providing protection, shelter and care to animals in need, this private, non-profit Refuge also offers a full-service adoption center, educational outreach, and community programs that extend far beyond their geographic location. Since its inception in 2007, Alaqua has become a recognized leader in animal rescue, welfare, cruelty prevention, and advocacy. Alaqua is currently in the midst of a relocation and expansion capital campaign to build a one-of-a-kind facility—the first in the United States—on 100 donated acres. The new facility and sanctuary will allow Alaqua to continue all of the important work that is done now, as well as be an educational and training center to empower others to help animals and recreate the model worldwide. To learn more, visit www.Alaqua.org

Be the first to comment on "One Year Later, Alaqua Animal Refuge Provides Healing and Care for Hurricane Dorian Survivors"