New Year’s Eve is right around the corner, a time many Americans observe the start of a new year by sending bottle rockets into the sky, exploding miniature bombs and unfortunately, breaking a state law.

Most fireworks are illegal for consumer use in Florida, even if they’re available for purchase. That can make stocking up for celebrations confusing for residents, tourists and guests alike.

To help clear up some of that confusion, our South Walton Fire District has shared answers to some of their most frequently asked questions.

What kinds of fireworks can I use legally?

The short answer is not many. Fireworks generally approved for use by consumers include sparklers; small fireworks that emit colored smoke only; and “glow worms,” which burn in bright colors without exploding. The state fire marshal has a full list, including brand names.

So everything else is off limits?

If it explodes flies or lifts off, the law prohibits you from lighting it. That includes the popular Roman candles. Florida Statute 791 is explicit about these fireworks. Consumer purchase and use of these materials is unsafe, a threat and, most importantly, illegal in this state.

If most fireworks are illegal, why are they so widely available?

A loophole in the law allows consumers to buy them if they say they’re intending to use the fireworks for lawful purposes, including certain uses in agriculture and mining. In stores, this can be as simple as filling out a form.

How can I tell which fireworks are legal?

Just ask. Sellers know the difference, and in many stores, consumer-approved items are clearly marked. Sparklers, party poppers and snappers are not banned under the law and can be used with care.

What about sky lanterns?

Florida law bans fireworks including “balloons which require fire underneath to propel them,” also known as sky lanterns.

“These lanterns will blow wherever the wind takes them and can cause fires if they land on combustible material like dry grass, sea oats or a house,” said Sammy Sanchez, South Walton’s fire marshal.

What’s the penalty for setting off illegal fireworks?

Florida law classifies it as a first-degree misdemeanor, which means those convicted could face up to a year in prison, a $1,000 fine and court costs.

Every year in my neighborhood, there’s a person with enough firepower to entertain a small country. Why aren’t they arrested?

Fire and public-safety officials say the law can be difficult to enforce. Typically by the time law enforcement arrives, whoever shot off the illegal fireworks is gone. This is even more difficult to determine when they are shot off the beach. 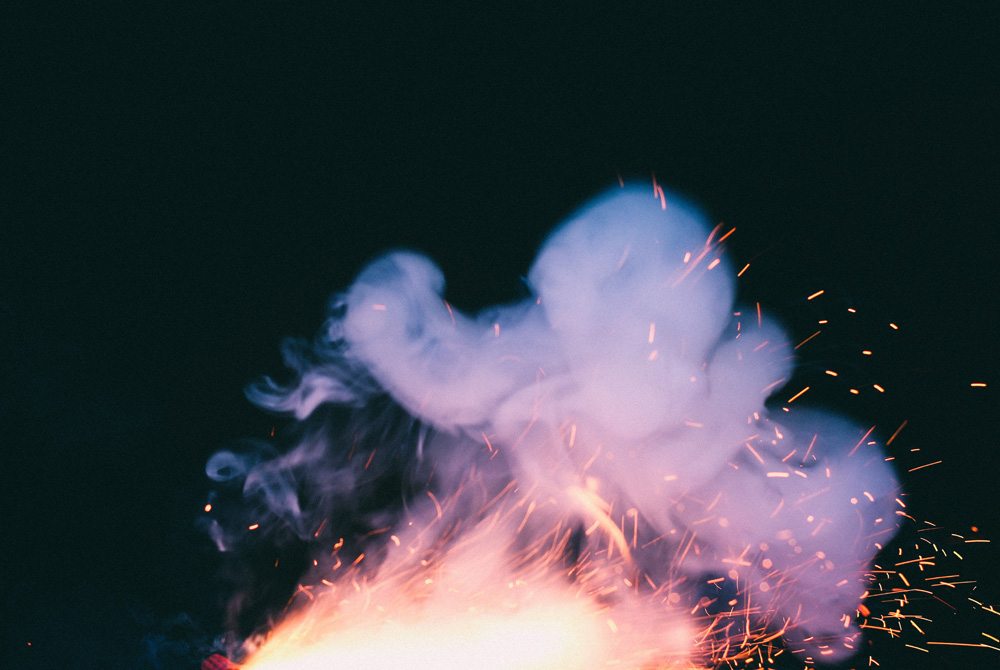 Speaking of the beach, I’ve heard it is ok to shoot fireworks as long as they are shot off the beach?

Shooting off the beach is still illegal and it causes a huge trash issue since most people do not clean up the debris that is left over.

Is Florida more restrictive than most states when it comes to fireworks?

Although Florida makes most fireworks illegal, some states go even further. Delaware, Massachusetts, New Jersey and New York have banned consumer use of all fireworks.

I’ve always heard that fireworks are dangerous, but what’s the real risk?

According to a study conducted by the National Fire Protection Association in 2010, 8,600 fireworks-related injuries were treated in U.S. hospital emergency rooms.

The annual death and injury report on fireworks also showed that about 40 percent of injuries occurred to children younger than 15.

There were also three deaths directly related to fireworks. In addition, the association says more fires are reported on July 4 in the U.S. than on any other day.

If I use legal fireworks, how can I stay safe?

1. Always have an adult supervise fireworks activities. Parents don’t always realize that young children can be injured by sparklers, which burn at extremely high temperatures

2. Back up to a safe distance immediately after lighting fireworks.

3. Never try to relight or pick up fireworks that have not ignited fully.

4. Keep a bucket of water or a garden hose handy in case of fire or other mishap.

5. After fireworks have burned, douse them with water before discarding them.

South Walton Fire Chief Rick Talbert said that even legal items burn at high temperatures and can lead to injury.

“Our encouragement to people is, don’t buy them and leave the shows to the pros,” Talbert said.