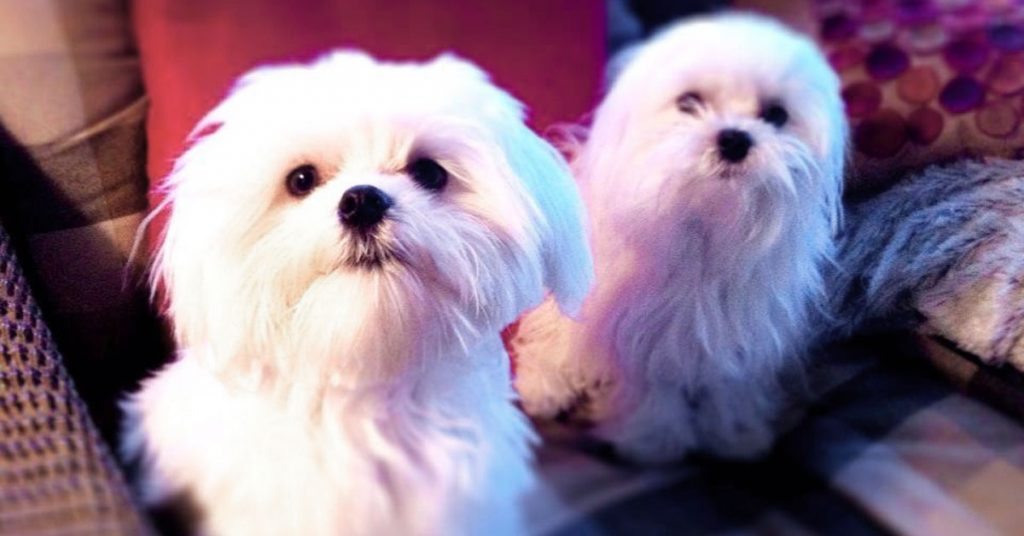 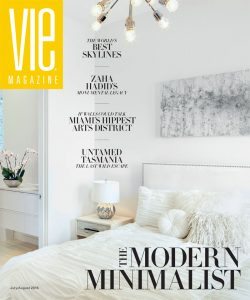 In April 2014, the Ragsdale family lost their home during a flood in Santa Rosa Beach, Florida. This is the final chapter in a five-part series of VIE Magazine articles about their rebuilding process. The Ragsdale’s new home was featured in VIE Magazine’s “Architecture and Design” issue (July / August 2016) and in a series of features on 30A.com. New to the story? Click here to get started with Chapter 1.

The photos of the home below are by Brett Bulthuis, courtesy of VIE Magazine. Take a virtual tour of the new home by PerceptionsbyMayer.

“How do you make God laugh? Tell him your plans.”

In the days following the flood, we didn’t really comprehend the gravity of our situation. We thought we’d hammer out a quick little renovation. We thought everything would be covered by insurance, as we had the best policies one could buy. We figured we’d return to a freshly painted home in six to eight weeks, perhaps along with a few new pieces of furniture. Who knows, maybe this would be our chance to finally re-do the master bedroom — something we’d always neglected.

As we sifted through the waterlogged garbage looking for anything salvageable, I opened a footlocker to find my dad’s old revolver all covered in rust. That was the first time I cried. It wouldn’t be the last. We never imagined the insurance companies would fight us, reimbursing just pennies on the dollar. We never imagined bulldozing our mold-infested home and starting completely over. We never imagined it would take us over two years to return to this special place. These would prove to be the hardest years of my life to-date, jam-packed with surprises and stresses, changes and challenges.

We moved four times, bouncing from rental home to rental home, purging mementos and memories along the way. My son Carlton went off to college in Orlando. He was ready, even if I wasn’t. My oldest daughter Jayne moved to Paris and got engaged. My daughter Kelsey moved to New York, occasionally darting off to semi-sketchy places like Sierra Leone. Holly became a cheerleader, and also proved to be a talented singer-songwriter, performing in local venues. All told, we spent a few nights in the Emergency Room, totaled a car, fielded a couple of late-night phone calls from police, blew up an engine, took a couple of ambulance rides. You know, typical parental stuff.

We laughed at weddings and cried at funerals. I spent a night sleeping on our dock, laying flat on my back and gazing up at the cosmos. I began to doubt we’d ever return home. I once woke up alone in a cheap motel room in Florala wondering if I should just keep driving, or turn around and go home. Thankfully, I went home. Angela and I learned the key to a successful marriage isn’t perfection — it’s persistence.

Over the last two years, our business grew from zero employees to 30 employees. We visited five continents, and yet I feel like I wasted more time sitting on the couch piloting my laptop than in all my previous years combined. I used our under-construction house as a convenient excuse to defer my happiness.

“I’ll start YOLO Boarding again when we get into the new house.”

“I’ll go fishing when we get back home.”

“I’ll try yoga once we get settled into the new place.”

Throughout this nauseating rollercoaster ride, Cosmo and Dudley — our two little white fluffy dogs — seemed to take all of these sudden life changes in stride. In particular, Dudley was always irrepressibly happy.

I work from home, so I often need an external signal to indicate that it’s time to power down my laptop, at least for a while. That signal would usually consist of Angela asking me if I was ready for a glass of wine, to which my answer was almost always a resounding “YES.”

A bottomless well of raw happiness, the dogs would sense this sudden shift in our priorities and would begin to bustle about. This is generally when I would host what became known in our household as “The Puppy Puppet Showtime,” starring Dudley.

It’s a rather embarrassing ritual — one that I never imagined divulging outside our immediate family. But, it’s necessary for this story. Anyway, the ritual began with me asking Dudley if it was, in fact, The Puppy Puppet Showtime.

Unable to contain his enthusiasm for some limelight, Dudley would then catapult himself across the room and trounce into my lap, grinning from floppy ear to ear with his pink tongue dangling halfway out of his mouth. I would prop him up on his hind legs, and then dance his little paws around like a demented puppy puppeteer, all the while singing:

The song got more and more off-Broadway as it went. (Hey, I said it was embarrassing.) But this simple daily moment enabled me to draw strength from Dudley’s raw and enthusiastic innocence. Dudley was my Happiness Recharging Station. Whatever problems I had wrestled with all day long were instantly diminished during this passing moment of completely silly, unapologetic joy.

At some point during all of our sudden life changes, I decided to speak with a counselor for the very first time in my life. I wanted to see if someone could teach me some practices designed to help calm my frenetic mind.  She told me that unlike animals, humans are both blessed and cursed with memories. For example, zebras don’t give much thought to the past or the future. They live entirely in the moment. If a lion suddenly attacks a harem of zebras, the zebras will instinctively scatter. The lion will likely kill one or more of the zebra’s family members. And yet, less than an hour later, the surviving zebras won’t have given the traumatic matter another thought.

Unlike animals, many of us humans constantly second-guess our decisions. We replay mistakes in our mind, over and over and over, hyper-analyzing our errors and omissions. We wish we had chosen a different path. We wallow in self-pity and regret. And when our minds are not preoccupied with the past, we long for a romanticized future that will probably never come to pass. So rarely do we actually live in the unique magic of this very moment. And this moment is the only thing we’re guaranteed in life. Nothing more, nothing less.

Tragically, just two weeks before we moved into our new home, Dudley was attacked by another dog. When I heard Angela screaming for help, I raced outside. The dog had Dudley squarely in his mouth and was shaking him violently. We wrestled on the ground, futilely attempting to pry open the dog’s trap-like jaws. At one point, the dog readjusted his grip on Dudley, and I could feel his teeth puncturing my fingers. An eternity later, the dog simply let go. But it was too late. This was one of the lowest moments of our lives.

As we laid on the ground together bleeding and weeping, neighbors and first-responders offered our family comfort and consolation. Despite the chaos swirling all around us, for a brief moment, Angela and I were the only two people in the world:

As I sat in the emergi-care room getting stitched up, I thought about Dudley and how his unwavering happiness had helped me get through so many dark moments. He’d never get the chance to run around in our new backyard. He’d never paddle with me again out across the bay. No more chasing lizards in the pine straw. No more Puppy Puppet Showtime.

Yet, as I reflected on Dudley’s short and happy life, something pretty miraculous happened. For two years, it had felt as though a great beast had ripped into my world, clamping down on our family and shaking us around so mercilessly. I can’t explain it, but following Dudley’s death, it seemed as though I’d been suddenly released from life’s jaws. Scarred, yes, but somehow, we’d survived. Somehow, I knew with absolute certainty that we were going to be okay. As I lay on the X-ray table, I muttered to myself: “What lion?”

I sit here today in our ridiculously gorgeous new home, I look south out the window to where our old home once sat. I see myself pecking away on my laptop exactly 781 nights ago. I see myself consumed with whatever trivial worries occupied my thoughts that night, mere hours before the water would seep into our lives.

I wish I could warn myself to get up and get packed. I wish I could remember to get dad’s pistol. I wish I could tell myself it will all be okay — that we’ll survive the tumultuous days ahead. That somehow, one day, it will all seem worthwhile. But my past self is too consumed with his mundane problems to hear any wisdom whispered across the bay breeze. I can only pause to listen for voices from my future self — reassurances that whatever problems I face today will inevitably pass. And that they’ll be replaced with all new challenges. Such is the ebb and flow of life, as terrible and wonderful as it can be. Happiness isn’t the destination — It’s how you choose to travel.

The day before we moved into our new home, I got the stitches removed from my finger. The doctor wrapped it up tightly but told me I could take off the bandage the next day. After a long day of moving-related commotion, Angela and I sat out on our new deck to watch the sun gently descend across Choctawhatchee Bay. It was the moment we’d been fantasizing about for two long years.

“I want to see your finger,” she said. “Is it gross? Did it hurt when they took the stitches out?”

“It was a little tender,” I admitted.

“I want to see it.” (Angela has a peculiar penchant for all things gross and disgusting.)

I gently unwrapped the bandage and looked down at my new scar. I smiled. I held my finger up to show Angela.

“Of course it is,” she replied, tears welling up in her eyes.

It’s Dudley’s smile. His final gift to me. And it’s a gift I will carry and treasure for all my days.

Although far short of Dudley’s best episode, this is the only (known) recording of The Puppy Puppet Showtime. This show was recorded on May 21, 2016, just 8 days before Dudley’s final performance:

Click here to take a virtual tour of the new home. Here are more photos by Alissa Arynn Photography:

We would never have returned home without the help of so many generous friends and partners. Angela and I would like to express our sincere thanks to Kristi and Thom of Hart Builders, Ed of Rolen Studio, Cassidy of Lovelace Interiors, Joey of Lovelace Interiors, Marisol and Tony of Not Too Shabby Boutique, Shannon and Judy at Ferguson, Mike of Renovation Flooring, Will and Katie of Beautiful Lights, Tania of Classic Design Stone, Stan and Chris of AVX Audio Video Excellence, Joseph at Seaview Glass and Mirror, Charley, Justin and Matt at Green Earth Landscape Services, Chris and Sam at Cox Pools Sales and Service, Ralph at Riviera Stoneworks, Maria and Hendrik at La Place USA Furniture Outlet, Ashley of Terra Firma Landscapes, Joe of PerceptionsbyMayer, Linda of The Galley, Andres of Venez Painting, Jason of Sherwin-Williams and Shannon and Joel of RAVE, Ken at Planet Secure, Mason at Builder Specialties (BSI), Suzanne at Concept Blinds and Design, Amy at Alpha Closets & Murphy Beds, Rodney of Mid-America Insulation, and Lisa and the entire wonderful team at VIE Magazine for sharing our family’s story.

For more information about the project, visit 30A.com/modern. Sincere thanks to our partners: