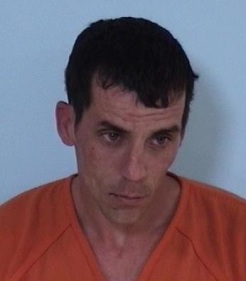 Santa Rosa Beach, Fla— A call from a concerned citizen leads to the arrest of a 33-year-old Freeport man for nearly 40 grams of methamphetamine.

Just before 10pm Tuesday night WCSO received a call regarding a reckless driver heading east on Highway 98. A Walton County Sheriff’s Deputy observed the vehicle in the area of Watersound Parkway leaving the roadway and entering the median nearly driving in the opposite lanes into oncoming traffic. 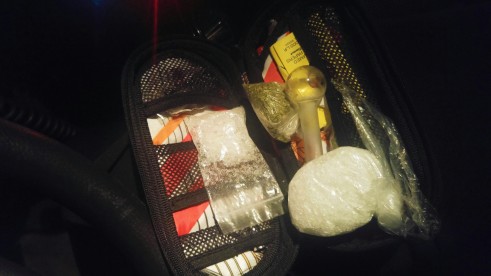 The deputy conducted a traffic stop and identified the driver as Terry Dwayne Murr Jr. Murr seemed tired and nervous. He told the deputy he fell asleep while driving. Consent to search the vehicle was granted by Murr and located under the driver’s seat was a small black case. Inside the case was a large bag with methamphetamine inside. Further investigation revealed three additional bags of meth (weighing 38.9 grams total), marijuana, a clear glass pipe, a digital scale and other paraphernalia.

Murr was charged with trafficking methamphetamine, possession of cannabis less than 20 grams, and possession of drug paraphernalia. He was transported and booked into the Walton County jail.