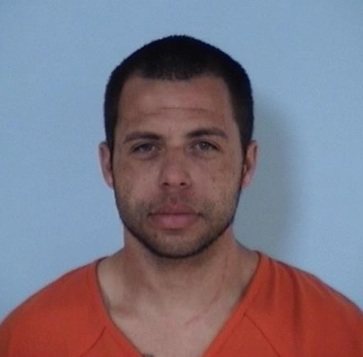 Walton County, Fla— A search warrant uncovers felony amounts of heroin and methamphetamine packaged for sale following the arrest of a shooting suspect in DeFuniak Springs.

Investigators with the Walton County Sheriff’s Office VICE/Narcotics Unit executed a search warrant at 1266 Kings Lake Road, the residence of Travis Ryan Atlow, on the night of March 11th. During the course of the search investigators located several jeweler’s bags with methamphetamine (ICE) packaged for sale. Investigators also located a jeweler’s bag of heroin packaged for sale. Other items included a set of digital scales, numerous plastic jeweler’s bags, weight used for weighing the drugs, hypodermic syringes and a spoon with residue. Atlow was subsequently charged with possession of methamphetamine with intent to distribute, possession of heroin with intent to distribute and possession of drug paraphernalia.

Atlow was arrested Saturday following an incident where he shot at an occupied vehicle on Bob Sikes Road, but did not strike anyone.

This investigation is ongoing and more information will be released once it’s available.