There are many reasons to cruise through May aboard SunQuest Cruises SOLARIS Yacht in Sandestin, Florida. As the only dining and entertainment yacht in Northwest Florida, the SOLARIS yacht’s weekly dinner and event cruises are a popular activity for families, couples and friends during the spring and summer seasons.

“May is a great time of year in Northwest Florida with less crowds and amazing weather,” stated James Murray, General Manager for SunQuest Cruises. “We’ve got a variety of events for the entire family to kick off the summer season on the water.”

On Sunday, May 14, mom is the guest of honor on SunQuest Cruises annual Mother’s Day Lunch Cruise from 1 – 3 p.m. 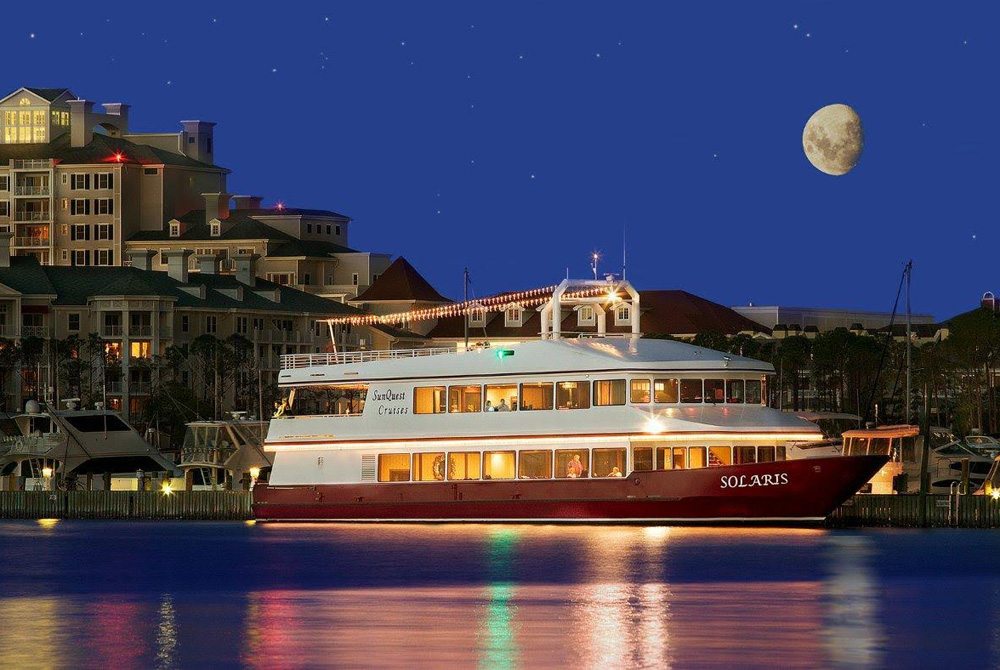 featuring live music by the Cadillac Willy band. Patrons will enjoy Bugs and Brews, Cruise and Blues while indulging in their choice of Boiled Crawfish, Shrimp or Jambalaya. Voted Best Band by Destin Magazine, Emerald Coast Magazine & The BeachComber, Cadillac Willy has played all along the Emerald Coast for over 17 years. They’ve shared the stage with celebrities such as Emeril, American Idol’s Taylor Hicks and Edwin McCain to name a few.  Blues music by Cadillac Willy will engulf all three decks of the SOLARIS yacht while guests eat, drink and dance.

May is also an incredibly romantic and affordable month to get married aboard the SOLARIS yacht.  The SOLARIS has been an award-winning wedding venue for eight consecutive years based on reviews on the Knot and WeddingWire. All wedding packages include the services of the in-house wedding planning team who can do it all from floral design to décor to coordinating outside vendors. SunQuest Cruises is offering a special wedding promotion for all weddings booked by May 31. When booking a three-hour private evening charter, SunQuest Cruises will bonus couples the fourth hour for free, up to a $1,000 value.