“Our ability to continually increase the funds raised year over year is a testament to both the strength of our organization and the power of our mission of the charities we support,” said John Russell, president of the Foundation.

“We are so thankful for the generosity of our board, trustees, sponsors, patron hosts, attendees, and friends in the wine and culinary industry without which our auction would not be possible.” 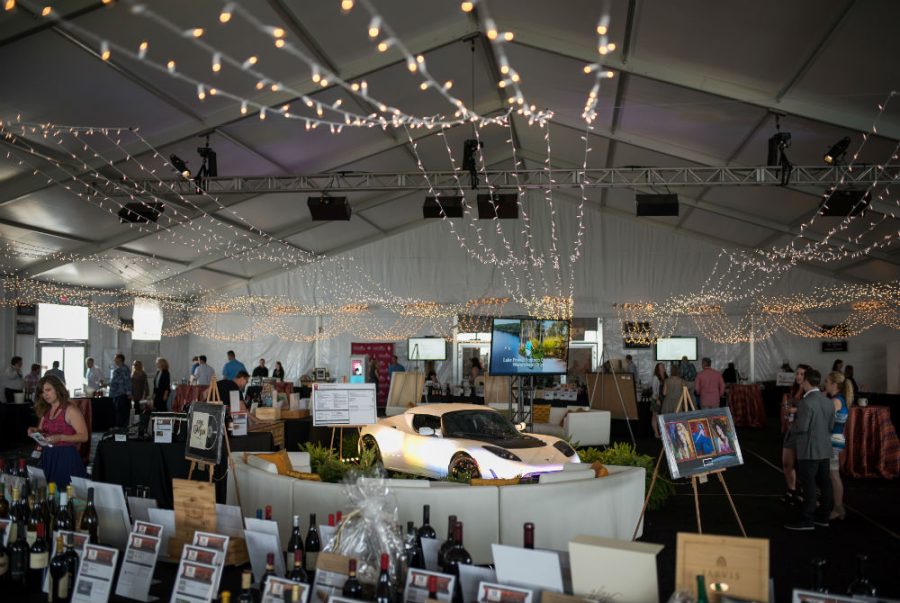 The auction kicked off with the Magnum Force lot (50 autographed magnums from DCWAF vintners past and present), which raised a record winning bid of $55,000. The highest grossing lot was the highly anticipated 2010 Tesla Roadster Sport, earning $85,000. Donated by St. Joe Community Foundation, the lot included a white, 2010 Tesla Roadster Sport with less than 2,300 miles on it and a stay at Watersound Origins complete with a variety of activities. Currently, there is only one other Tesla Roadster Sport available for sale in the United States.

Raising $60,000 was the Alpha Omega and Tolosa Winery experience donated by proprietors Robin and Michelle Baggett of Alpha Omega and Tolosa Winery. This incredible trip includes five nights for two couples kicking off with a private, four-course wine dinner on the Baggett’s private yacht from San Francisco to Napa Valley where the winning couples will experience all that Alpha Omega has to offer. Both couples will then travel by private plane to San Louis Obispo to enjoy a taste of Tolosa Winery complete with a long list of wine dinners and activities. A trip to Italy’s Amalfi coast sold three times at $30,000 each for a total of $90,000 while an immersive trip to Umbria, Italy sold three times at $20,000 for a total of $60,000.

The funds raised are distributed to 15 local non-profit organizations for specific projects and programs that benefit children.

Check out this video from the 2017 auction:

“The wonderful work that our 15 benefiting charities do, day in and day out, unselfishly nurturing children in our community is truly amazing. From health care, autism, abuse, mental health, a place to live, a second chance, dental care or simply having something to eat over the weekend. The organizations we support are not just changing the lives of children today, but also giving them the opportunity to be productive members of society in the future,” said Destin Charity Wine Auction Foundation Chairman, George Brannon Jr. 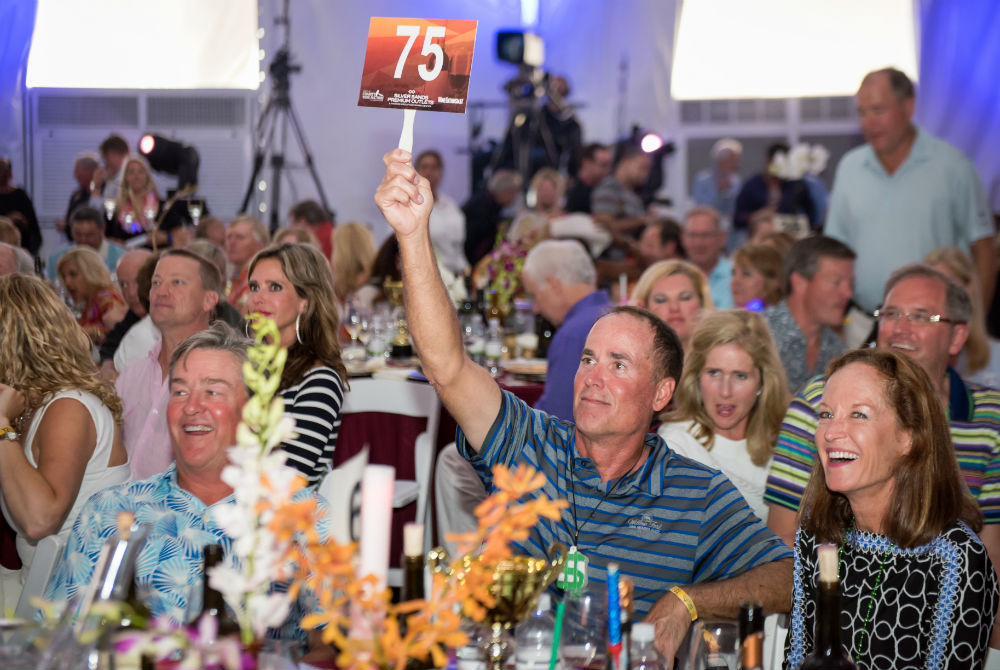 In addition, during the Wine Auction weekend, 14 Patron Dinners were held in notable restaurants and private homes in the area. These dinners pair celebrity chefs with participating vintners to create a memorable dining experience for every attendee. The Foundation is especially thankful to the Patron Hosts who opened the doors to their homes and restaurants and set the stage for the auction weekend. Auctions at each of these dinners recorded revenues of over $550,000, with $155,000 raised at the dinner hosted by Jack and Candis Wilson featuring Alpha Omega and Tolosa Winery, and Chef Matthew Basford.

As the top charity fundraising event in Northwest Florida, the Destin Charity Wine Auction has been ranked among the nation’s top ten highest-grossing charity wine auctions in the country by Wine Spectator Magazine for five consecutive years and is currently ranked number three. The money raised at this year’s auction will be presented to the charity partners during a check presentation event in August.