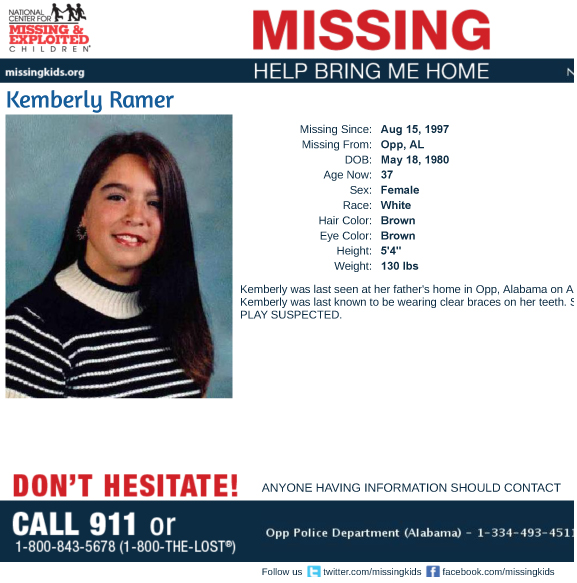 It is believed Kemberly vanished shortly after she returned home that evening. Her vehicle was found in the driveway and none of her belongings were missing from her residence.

Law enforcement believes Kemberly may have met with foul play. When she was last seen, she was 5 feet 4 inches tall and weighed approximately 130 pounds. She was last known to be wearing clear braces on her teeth and had thick eyebrows.

Both the Opp Police Department and investigators with the Walton County Sheriff’s Office are actively investigating Kemberly’s case.