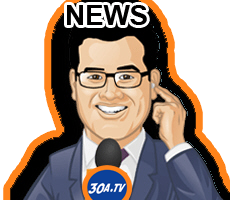 I don’t know if you have heard yet…but the Disney Channel is remaking Hocus Pocus. This Halloween classic, IMO, should remained untouched because it is perfect. It’s funny with elements of creepy and features the incredible Bette Midler as Winifred Sanderson. Now this is a role that could have been played very comical but Midler […] Read More 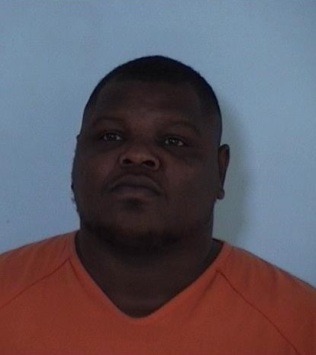 For Immediate Release October 31, 2017 FREEPORT, Fla— A woman pleads for help at a nearby church after a man repeatedly beat her in his home overnight. Walton County Sheriff’s Office arrested 26-year-old Marrion Quiten Holmes Monday, at a residence…
Read more ›
Read More

SEBRING (AP) — Health officials say a Florida resident who was bitten by a bat has died of rabies.Florida Department of Health spokeswoman Mara Gambineri tells Orlando TV station WKMG the victim didn't seek treatment. She didn't identify the victim, who lived in Highlands County in southwest Florida, or say when the bite occurred or when the victim died.She says it's important to avoid direct contact with wildlife.Gambineri says it's important for bite victims to [...]
Read More

“The rabbits were in various stages of decay. Some were only fur and bones inside the cage and the most intact rabbit was full of maggots.”
Read More

SULLIVANS ISLAND, S.C. (AP) — A Florida man is charged with running over two people lying on a South Carolina beach.News outlets reported 29-year-old David Brian McCarty of Jacksonville, Florida, is charged with leaving the scene of an accident with injuries.Police were called to Sullivans Island on Friday night and found two people with back injuries. They were taken to the Medical University of South Carolina hospital in Charleston. The woman was in good condition and [...]
Read More

FORT LAUDERDALE (AP) — Police in Florida say a daughter suspected her mother's live-in partner was having an affair, so she looked at files under his profile in their household computer.Instead of another woman, the daughter found pictures and video of herself — naked and undressing in the privacy of her bedroom and bathroom.Investigators eventually found more than 2,500 images taken with a secret camera. Sunrise police say 48-year-old Matthew Bordeaux, who has [...]
Read More

TALLAHASSEE — In the four months since the state created the Job Growth Grant Fund — an $85 million pool of money for economic development — more than 160 requests topping $500 million have poured in from local governments, schools and business groups.Three of the most expensive requests came from the Panhandle:Milton, for an East Milton water reclamation facility. The plant would handle wastewater for three Santa Rosa County commerce [...]
Read More

Special counsel Robert Mueller has sent a warning to individuals in President Donald Trump's orbit: If they lie about contacts between the president's campaign and Russians, they'll end up on the wrong end of federal criminal charges.
Read More

JUPITER (AP) — When a 13-year-old surfer saw a man struggling in the treacherous currents off the Florida coast, he paddled over and pushed his surfboard at him."Come on, get on!" Sam Ruskin yelled to the man after his 22-foot boat overturned in Jupiter Inlet on Friday afternoon. Video taken by a drone and posted on Facebook shows the man was dangerously close to the jetty's rocks when Ruskin approached with the surf board.The video shows the man paddling on the board as [...]
Read More