From the Desk of Sheriff Michael Adkinson Jr. 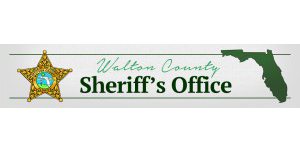 The horrific murders at Marjory Stoneman Douglas High School sparked shock and outrage across our country and the world. Many questions seem to be met with utter disbelief. Namely, how could someone have thirty plus interactions with law enforcement, welfare agencies and school officials and still have numerous weapons? Being arrested and convicted of a misdemeanor would not have disqualified the murderer. Nor would being arrested for a felony in which adjudication was withheld. However, the most troubling aspect of this case is the apparent mental instability obvious to all those around him.

Florida’s Baker Act is often cited as the a possible stop gap preventing him from possessing firearms. The majority of the public seems to confuse a person being institutionalized with a person being Baker Acted. Being found incompetent and institutionalized is actually pretty rare. The fact is, many people who would be described as unstable and dangerous would not come close to meeting the requirement for being institutionalized. Being placed under a Baker Act is only a temporary hold of up to 72 hours for immediate threat of harm to oneself or others. Immediate is important in this context because under current law, a video expressing a desire to commit mass murder may not be a factor if it is days old. It does NOT prevent you from buying or possessing a gun – it is an evaluation. That evaluation means that you could be released inside an hour or possibly held longer, but would NOT prevent you from buying, selling or possessing a gun.

In this case, as with many others, the shooter made clear his desire to do harm. That, however, is not necessarily a crime. For example, a person could post videos every night voicing a desire to commit mass murder while pretending to stab or shoot people. That could lead to the individual being held on a Baker Act for saying they wanted to shoot up a school. But, when they are released in as little as an hour that person could still go out and buy a gun.

Someone could do that 15 times in a row and still purchase a firearm. If a person tells a deputy they want to kill themselves and others they are not supposed to remove weapons from their home. As Sheriff, I do not believe the public really believes it’s ok to walk out of a psych ward and directly into a gun shop. It is my belief that if you have been taken into custody under a Baker Act in which you have threatened violence to others you should have to have a period of stabilization prior to those weapons being returned or before you can purchase new ones. To use a simple analogy, if you suffer a concussion playing football you are required to sit out until cleared by a doctor. Being hospitalized for emotional instability should have the same protections for the patient as well as the public.

Saying that, there would have to be a due process procedure allowing a person to dispute the stabilization period. This is a lot better than handing someone a loaded gun and a bottle of psychotropic medicine as they exit the building. If a doctor is willing to sign off that they have stabilized, then they could get their weapons back. Governor Rick Scott directed me to chair a committee of law enforcement professionals from across the state to suggest substantive changes to help prevent this from happening again.  There was unanimous agreement the change discussed above should be enacted.

This was one of several recommendations we presented to the Florida Cabinet and Legislature. The Florida Legislature enacted the Baker Act changes in response to this tragedy. As a gun owner and proponent of the second amendment I would think that this is not a gun control issue – but rather common sense.