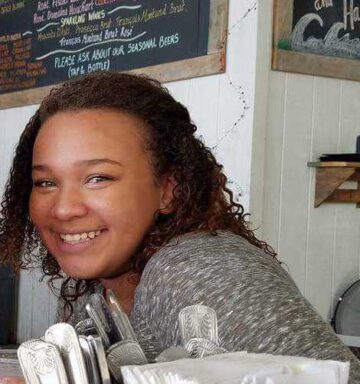 For Immediate Release May 31, 2018 FREEPORT, Fla— Walton County Sheriff’s Office is seeking the public’s help in locating a missing juvenile. Rhiannon Nichole Caldwell, 14, left her residence on McDaniels Fishcamp Road on May 28th and has not returned… Read More Read More

SANTA ROSA BEACH — Joan Wiley, a resident of Somerby of Santa Rosa Beach, celebrated her 100th birthday last Friday.Joan, a former athlete who ran against Olympic gold medalist Jessie Owens in exhibition, credits her long life to being very active and making sure she and her family ate healthy and took care of themselves.At this point, Joan loves spending time with her four children, 12 grandchildren and 12 great-grandchildren, and making friends at Somerby.
Read More

The first lady's absence from public view has spawned all sorts of wild theories on social media and elsewhere.
Read More

Allegations in a report by The Ringer have prompted a team investigation into whether team president Bryan Colangelo used anonymous Twitter accounts to trash some of his own players and fellow executives and defend himself against criticism.
Read More

SANTA ROSA BEACH — Three people walked away uninjured Wednesday after a car struck a dump truck on U.S. Highway 98, according to the Florida Highway Patrol.A 2011 Kia Optima driven by Christian Rambin, 25, of Newton, Alabama, was traveling west on U.S. 98 in the outside lane just east of County Road 395 at 11:08 a.m. when it struck the rear of a dump truck that was stopped in traffic, according to an FHP news release.Rambin, his passenger 23-year-old Joseph Tilghman, [...]
Read More

The National Hurricane Center said Alberto ceased to be a subtropical storm Wednesday afternoon but was expected to continue to bring wind and rain as it moved across the Great Lakes.
Read More

CINCO BAYOU — The Florida Highway Patrol has identified the man in a wheelchair who was killed Saturday night's hit-and-run crash on Eglin Parkway.Richard Wild, 64, was struck by a Chevrolet Tahoe at 7:53 p.m. as he was trying to cross Eglin near Irwin Avenue in Cinco Bayou. The driver of the Tahoe fled the scene of the crash.Wild's sister, Jean Taylor, who lives in Walton, New York, said she found out about her brother's death Tuesday."It hit me like a ton of [...]
Read More

Commerce Secretary Wilbur Ross said the tariffs would be 25 percent on steel and 10 percent on aluminum and go into effect on Friday.
Read More