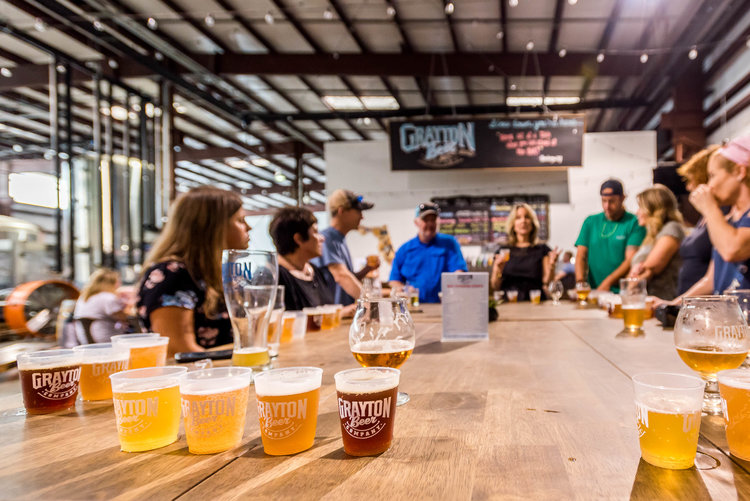 Located in Walton County, Florida, Grayton Beer Company hosts thousands of tourists annually at both its brewery taproom and its 30A brewpub location. Some 11 percent of these visitors hail from Tennessee.

“Our desire to have a strong partner in middle Tennessee was evident almost as soon as we opened distribution in the state,” said Grayton Beer Company founder, Jamey Price. “Having developed meaningful relationships over the years with visitors from The Volunteer State, our partnership with BountyBev further cultivates the North Florida-Tennessee bond long after they’ve left the beach.”

“My family has been enjoying a week every summer in Grayton Beach for over a decade. Having met Jamey five years ago and learning of his Nashville roots, we’re both excited and honored to bring his fantastic lineup of beer to middle Tennessee. 30A is already a household name in our area for those who visit the white, sugary sand beaches of the Florida Panhandle. BountyBev is fortunate to call Grayton Beer Company a partner, so consumers can now keep Grayton Beer’s 30A beer stocked in their home fridge!”

Tennessee residents will find Grayton Beer Company beers on the shelves of favorite retailers as well as in restaurants and bars.

Founded in 2011 in Santa Rosa Beach, Grayton Beer Company (GBC) is a family-owned brewery with an emphasis on sourcing the finest ingredients to craft beers of character for a Gulf Coast state of mind. Grayton Beer Company brews a variety of year-round styles, limited releases and barrel-aged beers in their 30,000-square foot state-of-the-art facility. In addition to availability in Northwest Florida, consumers can find GBC beers throughout Alabama, Georgia, Louisiana, Mississippi and Tennessee. With its community-driven mindset, Grayton Beer Company invites guests to its taproom, which is both pet and child friendly. In addition, beer and pub aficionados are encouraged to dine at GBC’s new Grayton Beer Brewpub, located in Grayton Beach, Florida. Open seven days a week for lunch and dinner, the brewpub offers a varied food menu with an emphasis on locally-sourced, fresh ingredients and beers from the 7-barrel small batch system. For hours and more information, please visit www.graytonbeer.com or call (850) 231-4786.

Born of passion for better beer, BountyBev brings the reward of American craft to greater Nashville by delivering brands to eight middle Tennessee counties. Founded in 2010 by a guy and a truck, BountyBev now employs 34 passionate team members carving out a craft beer universe. Kurt Strickmaker, Founder, President & Better Beer Guy, still maintains the “little guy” approach while competing with mega beverage distributors in the market. Customer service, education, and a desire to be better drives the Bounty ethos. Knowledge for our stakeholders, disrupting the market, and helping consumers discover new choice and selection in beer is the BountyBev way. BountyBev works hard to keep its beer fresh to maximize beer drinkers’ experiences. Honk when you see BountyBev’s trucks around town and challenge the status quo by picking up better beer!