“So Others May Live: Coast Guard Rescue Swimmers Saving Lives, Defying Death” on February 13 features the telling of 14 true, amazing, and inspiring stories of some of the bravest men and women you’ll ever meet. From deep ocean caves on the Oregon coast to the chaotic streets of post-Katrina New Orleans, these are the untold stories of U.S. Coast Guard’s quiet, but resolute rescue swimmers presented by Niceville’s Captain Martha J. LaGuardia-Kotite, U.S. Coast Guard (retired) and author of the award-winning book.

February 20 is “Winston Churchill: Through the Storm” a one-man show featuring DeFuniak Springs actor, writer, editor and former public defender Bruce Collier set in July of 1945. Nazi Germany has surrendered. Adolf Hitler is dead. British Prime Minister Winston Churchill is representing the United Kingdom at a summit conference in Potsdam, Germany. He is relaxing after hosting a banquet for President Harry Truman of the United States and General Secretary Josef Stalin of the Soviet Union. In the morning, Churchill will leave the conference and return to Britain to learn the results of a general parliamentary election. The outcome will determine whether he will remain in power as prime minister. Over brandy and a cigar, he reminisces about his life’s many defeats and victories, and the challenges of accepting both.

The series concludes on February 27 with “The Iliad,” adapted by Lisa Peterson and Denis O’Hare and featuring actor/teacher Allen Walker of Panama City. “The Iliad” is a retelling of Homer’s classic story of the Trojan war and the clashing of its two greatest warriors, Achilles and Hector. Come see and hear how one man relives that conflict over and over and illuminates the innate rage of mankind that drives him toward war.

“Stories are the heart and soul of theater,” said ECTC co-founder and producing artistic director Nathanael Fisher. “The stories we tell bring us together, remind us of the wonderful world we live in. The StoryTeller series is about sharing some stories from local talent. We have sought to bring a wonderful variety of stories to the ECTC stage with the personal sharing of Mr. Gossom, the sharing of the rescue swimmers of Ms. LaGuardia-Kotite, and the theatrical productions of Winston Churchill and the Iliad.”

Theater patrons are encouraged to come early (doors open at 6:30 p.m.) to browse artwork by local artists showcased in the ECTC Lobby Gallery curated by Lori Drew, founder of Lowkylzart. A portion of proceeds from each sale benefits ECTC and its education outreach and scholarship programs. Tickets are $25 per event. Purchase tickets online at emeraldcoastheatre.org/tickets or call (850) 684-0323 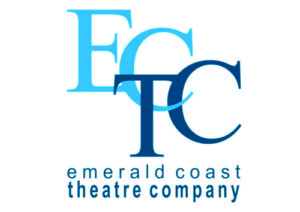