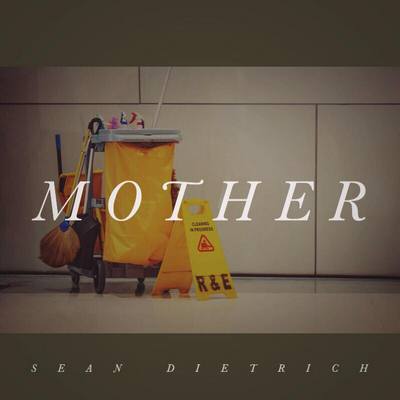 You’ve met her before. You know her—sort of. You just haven’t had a chance to talk to her yet.

Most days, she’s at the elementary school, cleaning. She even works Saturdays. She is there when the first employee arrives, she is there after the last one leaves.

She begins each day with an energy drink. She pushes her custodian cart through hallways. She empties trash, picks up trash, cleans the lunchroom.

She scrubs windows, desks, walls, and toilets. She vacuums classrooms, buffs floors, changes light bulbs, and even cleans up vomit during stomach-bug season.

When the sun is sinking, you’ll see her out by the school dumpster pausing for a breather.

After she clocks out, she drives to Walmart. There, she buys a roasted chicken—the biggest one they have—and a few cans of vegetables. It’s not exactly supper fit for a king, but it’s for her family.

Speaking of family, after Walmart, she drives to the babysitter’s house to pick up her kids. Her children run to her when they see her. They love their mama, and she loves them. In fact, these aren’t just her kids, they are her greatest achievements.

She left a bad marriage to give them the moon. She works two jobs to make sure they have decent clothes.

They fall asleep, she carries them into their bedrooms. She dresses them in Disney pajamas and tucks them in. And after she turns off the bedroom lights, she watches their faces for a long time.

She can’t get over how precious they are. When they were babies, everyone said the joys of new motherhood would eventually wear off, but they haven’t.

She closes their door, and still has work to do. She brews coffee, cracks open textbooks, as she is enrolled in an online college. She does homework until she is purple in the face. She takes an Earth Science exam, scores an 82. On English 2 homework, she scores a 95.

College isn’t difficult, just time consuming. Getting a GED was MUCH harder. She dropped out of high school at age seventeen and didn’t go back until a lifetime later.

And now she’s on her last college semester before she’ll have an Associates Degree.

That will be a big day. There will be nobody to celebrate with her except for her two kids, but it will be a big day nonetheless. The graduation ceremony will end, and they will go out for Mexican. Mama might even have a margarita.

Next semester, the real schooling starts. She’ll begin with the basic anatomy classes, chemistry, computer. It won’t be long before she’ll be ready for clinicals.

And if all goes well, in a few years, her kids will be able to watch their mother wear a stethoscope for a living.

She tries not to think about that. She wants to stay focused on today, not tomorrow. She doesn’t think about what it will feel like to be called “nurse.”

You’ve seen her. You’ve passed her in traffic. To some—she’s a woman with a push broom. But that’s okay, because to her two girls, she is the most important human ever manufactured by Heaven.

She blushes easily. She doesn’t like attention. In fact, she says she’d probably die from embarrassment if anyone were to ever, say, write about how beautiful she is.