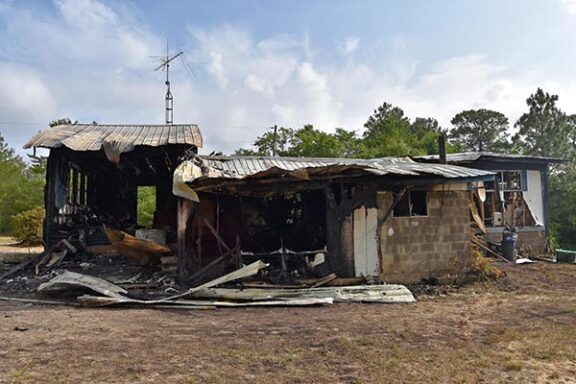 MOSSY HEAD, Fla—Firefighters respond to a home in Mossy Head after a resident reports seeing smoke and flames coming from his neighbor’s home.

At 12:53 AM on Friday, May 31, Walton County firefighters and Walton County Sheriff’s Office deputies responded to a mobile home on Aster Lane following a 911 call from a man stating his neighbor’s house was on fire. When first responders arrived on scene, they found flames coming from part of the home and quickly jumped into action. Firefighters battled the blaze for almost an hour before the flames were fully extinguished. A Walton County Fire Rescue firefighter was injured after the floor collapsed beneath him while working the fire. He was transported to a local hospital for minor injuries and was later released.

Fortunately, all of the residents of the home made it out safely and were not harmed in the fire. 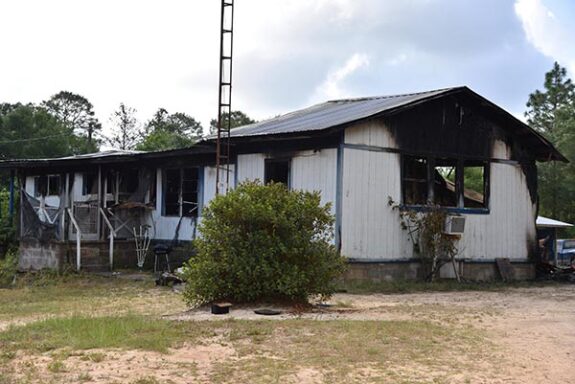 The origin of the structure fire is still unknown at this time. The State Fire Marshal’s Office responded and is working with the Walton County Sheriff’s Office to investigate the cause of the fire. The American Red Cross was contacted to provide aid to the residents of the damaged home.

Be the first to comment on "SUSPICIOUS FIRE BREAKS OUT IN MOSSY HEAD; FIREFIGHTER INJURED WHILE FIGHTING THE FLAMES"