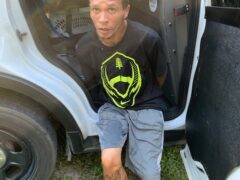 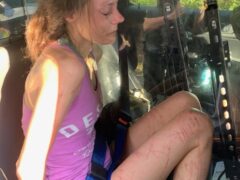 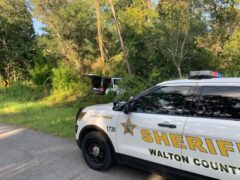 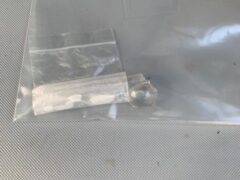 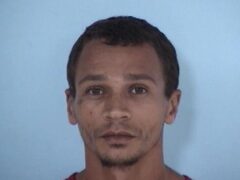 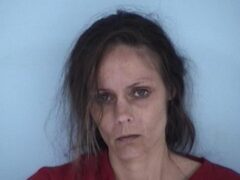 CHOCTAW BEACH, Fla— An escaped inmate from Tallahassee is apprehended in Walton County with the help of Florida Fish and Wildlife.

While patrolling the area of Choctaw Beach at around 5 pm Wednesday a Florida Fish and Wildlife Officer spotted a vehicle matching the description of one driven by an escaped inmate out of Leon County. The FWC Officer initiated a short vehicle pursuit near the Choctaw Beach Community Center.

Walton County Sheriff’s Office was notified, and units arrived in the area as the vehicle crashed into the tree line near Boundary Line Road and Water Oak Street.

Both the escapee, Eugene Derrick Carter, 28, and his passenger Tanya Dale, 37, fled on foot and were later captured near the 600 block of Juniper Avenue by WCSO and FWC.

Carter absconded from the Tallahassee Community Release Center on September 1st while serving a four-year sentence for charges stemming out of Okaloosa County. He is charged with fleeing and eluding, escape, possession of methamphetamine, obstruction, and possession of drug paraphernalia. He was given no bond and still incarcerated at the time of this release.

Dale charged with fleeing and eluding, possession of methamphetamine, aiding a fugitive, and assault on a detention deputy. She received a $20,000 bond and is still incarcerated at the time of this release.