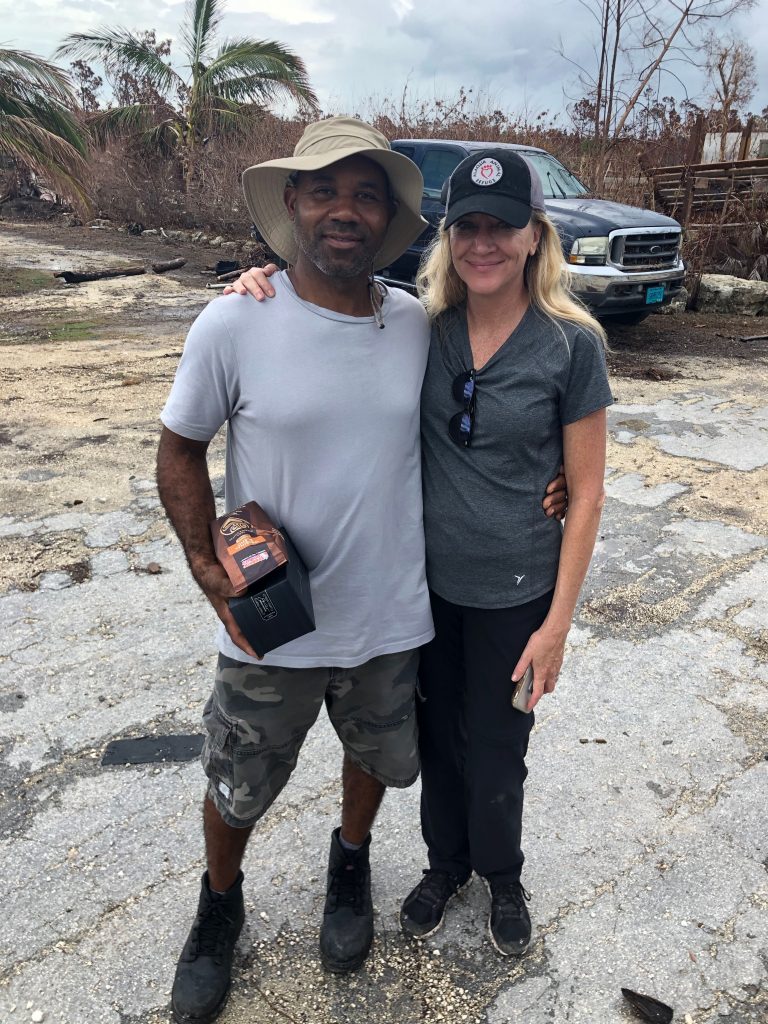 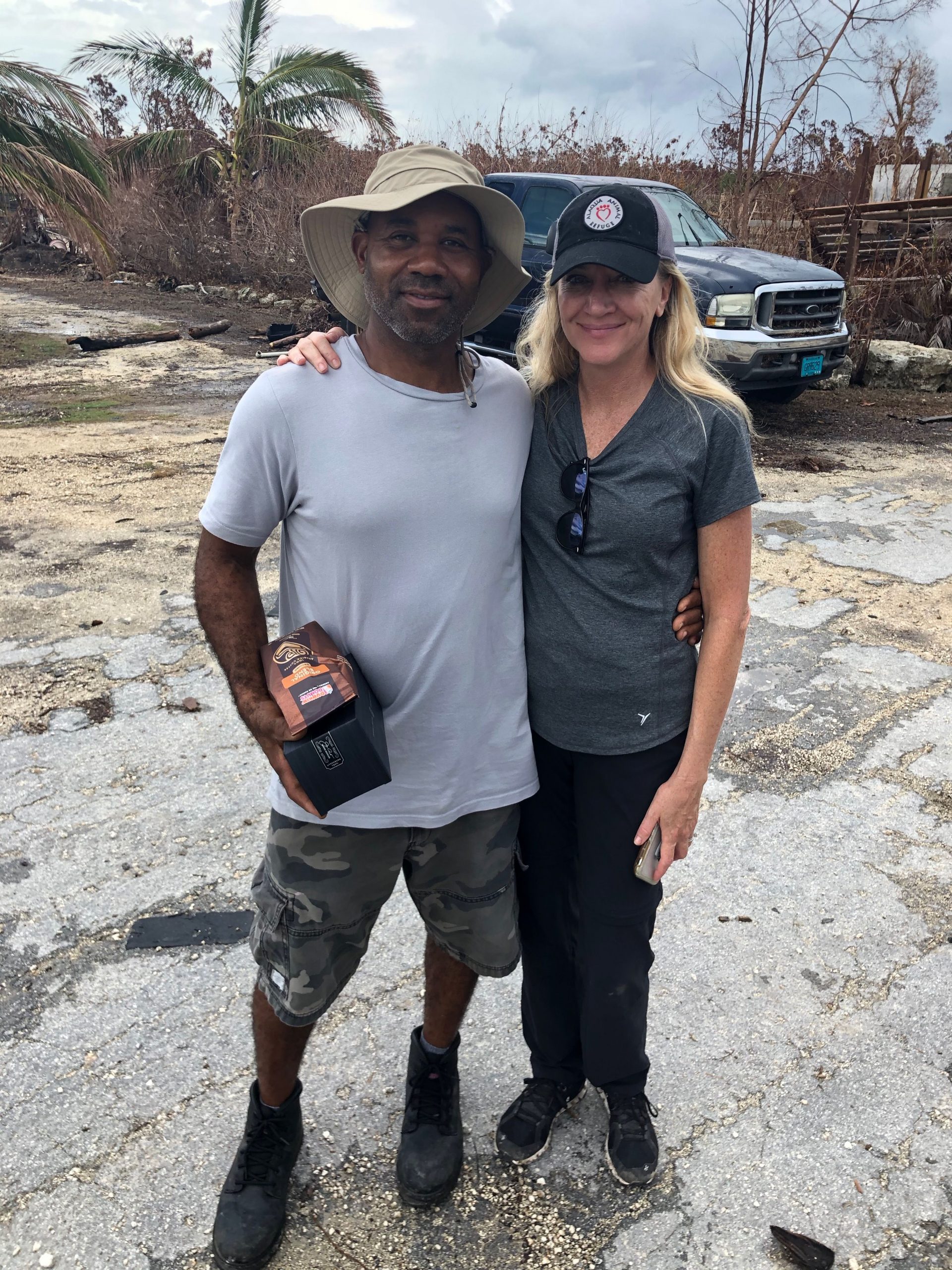 This past October, Alaqua Animal Refuge Founder Laurie Hood traveled to Grand Bahama Island on a mission with Animal Wellness Action (AWA) to assess three farms and their surviving animals that were almost completely demolished by Hurricane Dorian back in August of this year. The catastrophic category 5 hurricane wreaked havoc across the Abaco Islands and Grand Bahama Island with rain and wind gusts up to 220 miles per hour.

Hood, the Florida State Director for AWA, and fellow members initially visited two farms that actually had surviving owners and animals, but they needed assistance with supplies and rebuilding. AWA was able to provide for those needs, but it was the third farm that Hood would never forget.

“Ol’ Freetown Farm was about 30 minutes outside the town of Freeport. We traveled over bridges that were not structurally safe and down a road with literally nothing left on either side,” said Hood. “90% of the island had gone under water. When we finally arrived on the property, my heart just sank. I just stood there in sheer awe of the destruction.”

The entire farm, formerly a tourist destination on the east end of Grand Bahama Island, was destroyed. Sissel and George Johnson had operated Ol’ Freetown Farm for 10 years and had accumulated goats, donkeys, horses, chickens, ducks, turkeys, rabbits, guineas, and peacocks. Previously, it was a lush property that also supplied fruits, vegetables, and wellness classes for the island.

With no place to evacuate at the time, George and his family decided to ride out the storm in their home. Additionally, George’s mother-in-law Virginia, who was in a wheelchair, was unable to leave.

During the eye of the storm, George looked outside to check on the barn and could see a wall of water headed their way. With water already rising in his house, he punched a hole in the ceiling and hoisted two of his dogs and wife up to the attic. Unfortunately, with the water rising, he was forced to leave two cats and three dogs in the bedroom so he could figure out a way to help Virginia, who was bound to her wheelchair and too heavy to lift. Thinking quickly, George used cables from the attic’s roof truss to make a harness for her and secured her to the cabinets.

The 20-foot surge of water hit their home and the farm. Hundreds of animals drowned, as well as their longtime 41-year-old employee who tended to them.

Three agonizing days later, rescue workers came when they spotted a plea for help on the deck by the pool. Prior to the water rushing in, George had taken siding off the house and spelled out the word “help” in hopes they would be rescued (not knowing how large the waves were). George, Sissel, Virginia and the animals inside the house all survived.

“We could hear the dogs crying the whole time throughout the storm,” said George. “I pushed down the attic ceiling in a couple of rooms so I could see the animals. The cats stayed on a bed’s mattress the whole time, and the dogs were swimming around. I didn’t think they could swim.”

Months later, Virginia is still recovering from her wounds and infection, and George and Sissel are trying to piece their lives back together. They returned to the farm to remove debris, but rebuilding is not an option.

“One day we will figure things out. It is very tough going through photographs and memories, but in the end very inspirational,” said George.

“I think what hits me so hard about this story is that this was literally Alaqua Animal Refuge in the Bahamas. This could happen to us one day, so I wanted to do something to help them,” says Hood.

Animal Wellness Action (AWA) is a Washington, D.C.-based 501(c)(4) organization with a mission of helping animals by promoting legal standards forbidding cruelty. We champion causes that alleviate the suffering of companion animals, farm animals, and wildlife. We advocate for policies to stop dogfghting and cockfghting and other forms of malicious cruelty and to confront factory farming and other systemic forms of animal exploitation. To prevent cruelty, we promote enacting good public policies and we work to enforce those policies. To enact good laws, we must elect good lawmakers, and that’s why we remind voters which candidates care about our issues and which ones don’t. We believe helping animals helps us all. To learn more, visit www.animalwellnessaction.org