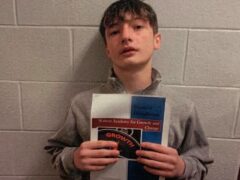 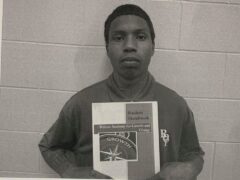 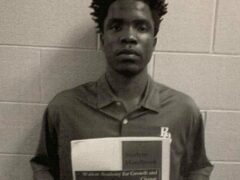 The teenagers were gone from the facility approximately an hour before our agency was notified. An automated call was generated to 9, 215 residents living within a five-mile radius of the facility. WCSO deputies were called to the scene as well as Walton Correctional K-9’s.

The three boys are identified as:

Dalarian Macks, 14, is described as a white male standing 5’6, weighing 140 pounds, with brown hair and brown eyes. He is originally from Escambia County. Macks’ initial charges which resulted in his incarceration are burglary of an occupied dwelling, grand theft of a firearm, and petit theft.

Santonio Allen, 15, is described as a black male, standing 5’11, weighing 156 pounds, with black hair and brown eyes. He is originally from Escambia County. Allen’s initial charges which resulted in his incarceration are burglary involving a firearm, grand theft of a firearm, larceny, damage of the property.

Franklin Benegas, 16, is described as a Hispanic male standing 5’10, weighing 144 pounds, with black hair and brown eyes. He is originally from Miami. Benegas original charges were grand theft auto and carjacking with a firearm.

Walton Correctional K9’s tracked the boys’ movement to a home on Huckaba Road East. When deputies spoke with the homeowner he became aware his truck had been stolen. Inside was a handgun.

It is believed the three teens stole the vehicle and have fled the area. The truck is described as a 2006 Dodge Ram, tan in color, with Florida tag HLP1Q.

The suspects may be armed. If spotted, please do not approach.

Anyone with information regarding the identity or whereabouts of these teens are asked to call the Walton County Sheriff’s Office at (850) 892-8186 or you can remain anonymous by calling Emerald Coast Crime Stoppers at (850) 863-TIPS. You can also submit a web tip at http://www.emeraldcoastcrimestoppers.com/ or send a mobile tip using the P3 Tips Mobile Application or the Walton County Sheriff’s Office smartphone app. You could be eligible for a cash reward if the tip leads to an arrest.

Be the first to comment on "WCSO SEARCHING FOR TEENS WHO ESCAPED DJJ FACILITY IN DEFUNIAK SPRINGS; TRUCK REPORTED STOLEN"