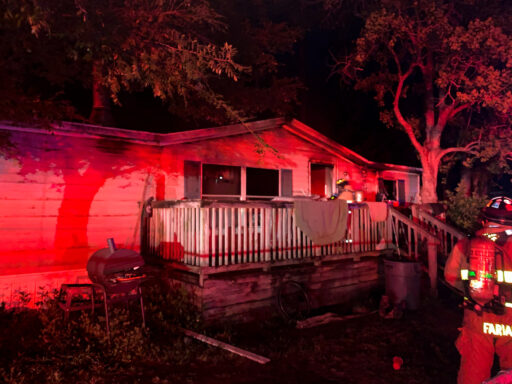 At 7:19 PM on April 3, 2020, Walton County Fire Rescue, North Bay Fire Control District, Eglin Air Force Base Fire and Emergency Services, and the Walton County Sheriff’s Office were dispatched to a home on Owens Street following a 911 call in reference to a structure fire. The caller reported seeing flames coming from the back side of the residence.

Firefighters and deputies arrived on scene to find the blaze coming from the back right corner of the structure, threatening to quickly spread throughout the rest of the mobile home.

Firefighters from all three departments quickly jumped into action. Walton County Fire Rescue was able to make entry into the home and began battling the flames inside the structure while North Bay Fire Control District helped to extinguish the blaze from the outside of the home. With incredible teamwork by all three fire departments, firefighters had the fire under control within just under 25 minutes.

Fortunately, there were no residents inside the home when the fire broke out.

The State Fire Marshal’s Office responded to the scene to investigate the cause of the fire. Although the official cause is unknown at this time, the fire is believed to have originated outside the home. American Red Cross was contacted to provide aid to the residents of the damaged home. 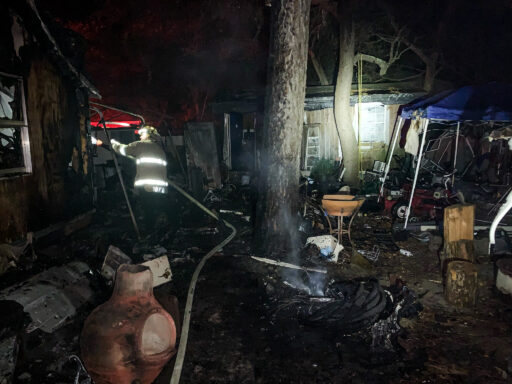 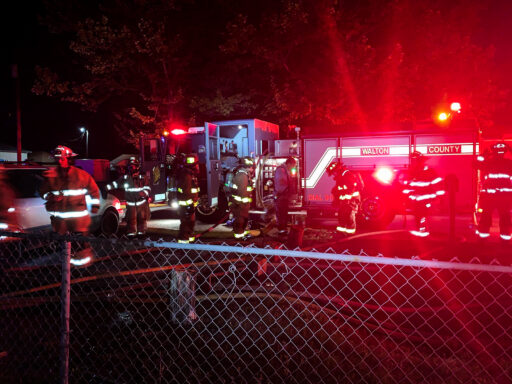 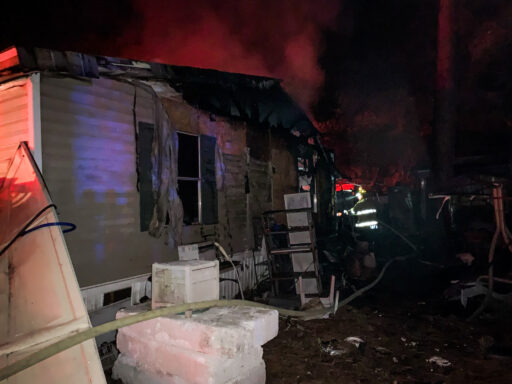 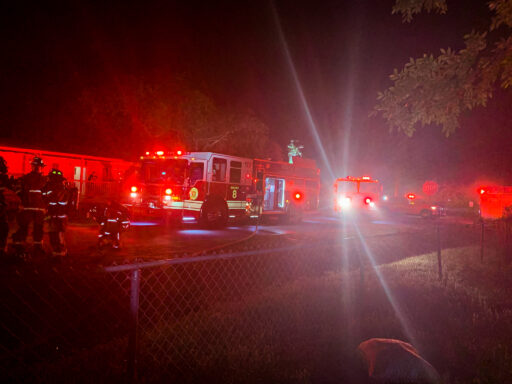