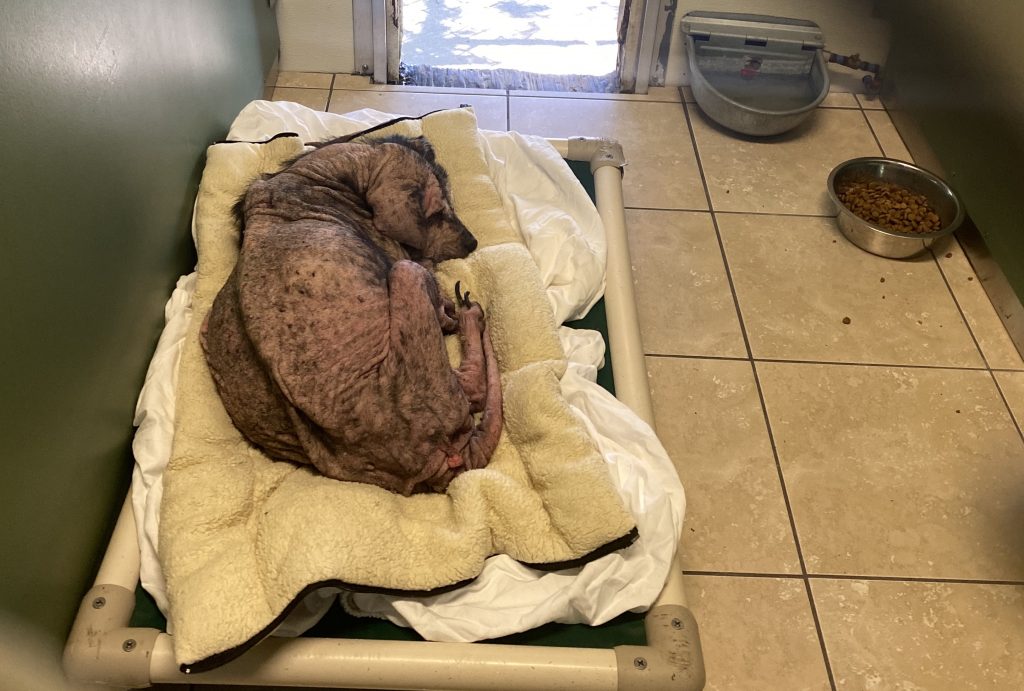 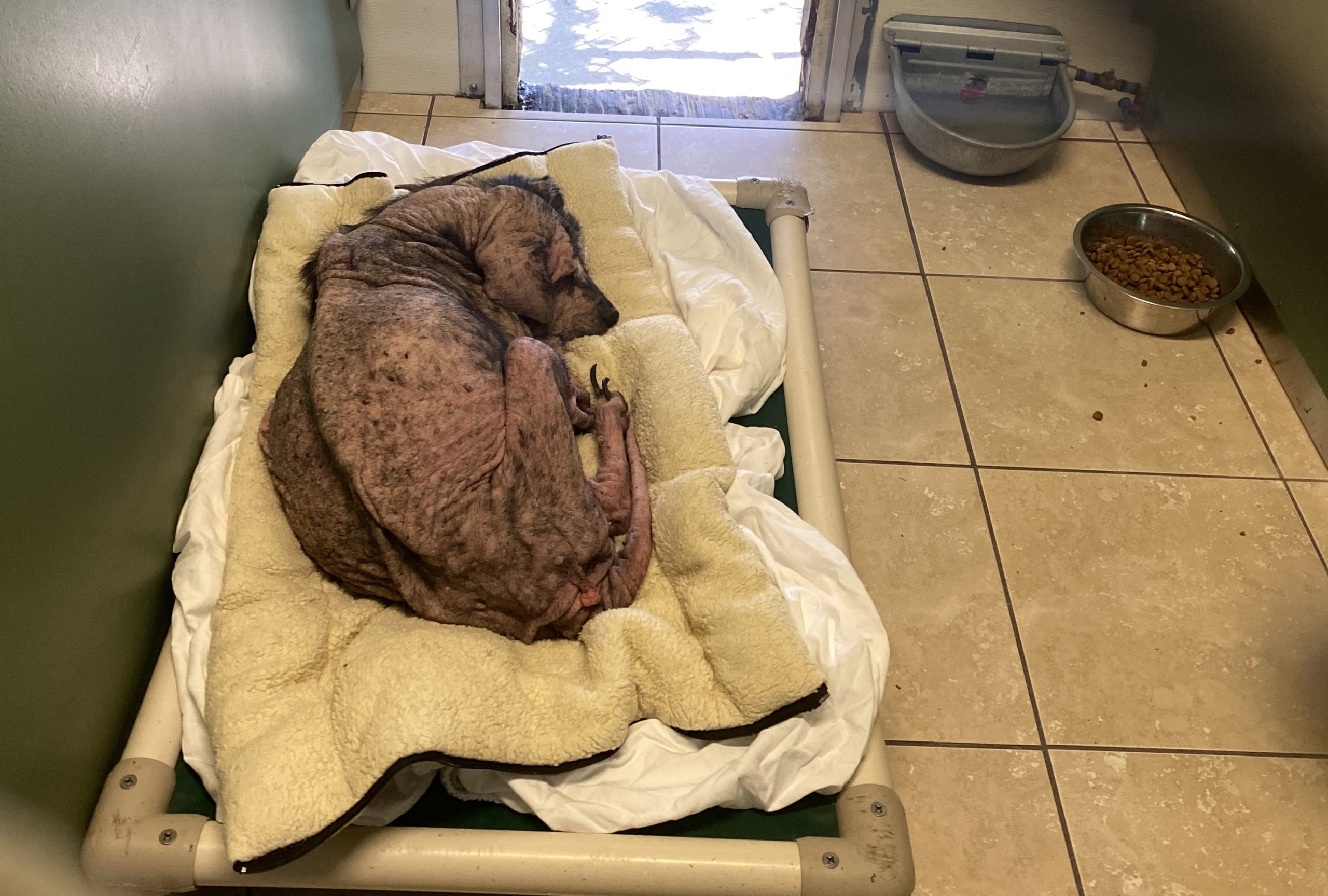 Yesterday, Alaqua Animal Refuge traveled to Geneva, Alabama and assisted in the rescue and removal of animals that were living in a horrific environment.

The scene was described as “hell on earth” as animals were left to fend for themselves after their terminally ill owner was taken to the hospital last week. The animals, consisting of dogs and puppies, had been without food or water for over a week. Making matters worse, Geneva County, located in rural South Alabama, does not have an animal control agency or nearby shelter available to assist with these types of situations.

Upon arrival, Alaqua found that two dogs were already deceased, and the ones confined inside the home and in surrounding yards were in a very bad, almost indescribable, condition.

“I have worked a lot of these cases, but this was probably the worst I have ever seen. One of the dogs had been killed by the others and the survivors were eating it,” said Alaqua Founder Laurie Hood. “The stench of feces and urine were so strong that you could not breathe and your eyes just burned.”

The animals consisted of young puppies to several very old dogs. Most had visible cuts, scars, skin, and eye issues. Tragically, ten of the dogs had to be humanely euthanized due to injuries and severe health issues. The surviving fourteen are being rehabilitated and will be put up for adoption when medically cleared.

“Unfortunately, this is a common occurrence in the Southeastern United States. There are so many counties without resources to help people and animals in these situations. For the animals’ sake, rescue groups often bear the burden and costs of doing the right thing so that these animals do not suffer,” added Hood.

Alaqua was also joined by three additional rescue organizations, including the Wiregrass Animal Group, The Lucky Puppy Rescue, and two officers arranged by The Humane Society of the United States. The sheriff’s department was also called and was on the scene as the animals were removed from the home.

The dogs are all currently at Alaqua, and are being evaluated and treated for their medical conditions. The good news is that despite their previous grim living conditions, all of them have a promising chance of surviving and thriving. Aptly named after her sweet nature, one of the dogs, Miss Martha, is already flourishing at Alaqua and snuggled in her bed for the first time after being given a second chance at life and happiness, and most of all love.

Situations like these take a toll on rescue organizations like Alaqua. Any consideration of supporting Alaqua and these animals during this time would be appreciated. Donations to the Refuge can be made here:   http://bit.ly/AlaquaDonate

Be the first to comment on "Alaqua Animal Refuge Rescues Animals From Grim Environment in Geneva County, AL"