The Dark or Middle Ages were a post-Roman time in European history marked by significant misery.  Though historians disagree as to its exact timeline, most say it lasted several hundred years, with some stretching the parameters as long as the ten centuries between 500 and 1500 AD.  Even the end days of this era weren’t exactly celebratory.  The disastrous Black Death spread across Europe between 1346 and 1353.  Estimates are that as many as 50 million people succumbed:  60% of the European population! 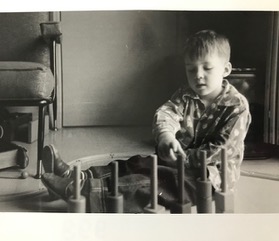 Dismal though this time may have been, beneath the surface, discovery and curiosity quietly marinated.  Astronomers began devising instruments to better gaze at the heavens.  Explorers contemplated the idea of foreign lands existing beyond a flat earth.  Writers and philosophers contemplated new ideas and thoughts and challenged commonly held beliefs as gains were made in knowledge and science.  By the beginning of the 15th century, a new time of Renaissance launched.

As were the Dark Ages, The Great Depression of less than 90 years ago was a desperate time.  The US stock market lost more than 90% of its value over a four year period.  By 1933 one out of every four Americans were out of work.  Average family income dropped 40%.  Around 11,000 banks failed and 300,000 companies went out of business.

If not calamitous enough, right on the heels of and compounding the suffering came further strife and uncertainty:  A World War.  By its end in 1945, an estimated 70-85 million people will have died:  three percent of the world’s population.

In many ways, not too unlike the Renaissance, the time following the 30’s and 40’s marked the onset of arguably the most creative years of the 20th century, especially in the US. Space exploration began.  Television overtook radio as a communication medium.  Out of the inspiration of Gospel, Jazz, and Rhythm and Blues a new sound of Rock ‘n Roll was heard by teens on airwaves across the country.

We have existed in a Covid period now for about three months.  Comings and goings are more restricted.  All of us are inconvenienced, some are angry, others fearful or overwhelmed.  Businesses are shuttered, a few forever, perhaps.  Kids are home from school.  We’ve lost some of our population to the virus.

Despite aggravations and struggles, what is the chance that we could right now also be on the precipice of renewed inventiveness?  As a Coach, when working with a client considering a career shift, it is not uncommon to ponder the types of activities that person enjoyed as a child.  Not so much the usual pursuits such as sports or music lessons, but more what we resourcefully did after lamenting to mom, “I’m bored!”

How could that ingenuity from back then ignite a spark today?  For the now homebound sales agent who in their younger days would pick up a guitar and strum a few notes?  How might they consider the rhythm, harmony, and tempo of a sales call on Zoom?  Or a first grade educator who once prided in their marble collection?  What online lessons can be created in math or consumerism illustratively using the shooters?  Could there be a nurse who as a youngster constructed puppets from old socks.  How might that bring light to a patient?  Who could cast a frown at something so joyful, yet simple?

Apparently my pre-school days were occupied by construction with blocks. Though I did not pursue architecture as a profession, maybe the same parallel applies now by helping clients build upon their own creative ideas toward a more positive and self-confident tomorrow.

Be the first to comment on "A Creative Renaissance?"