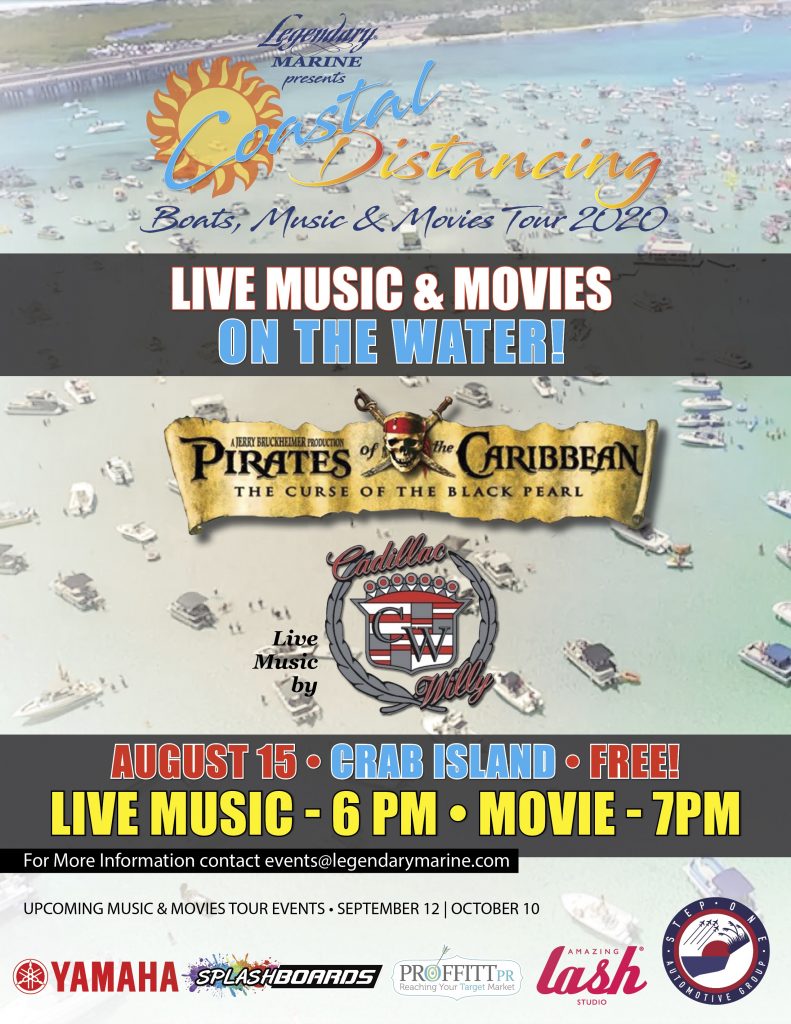 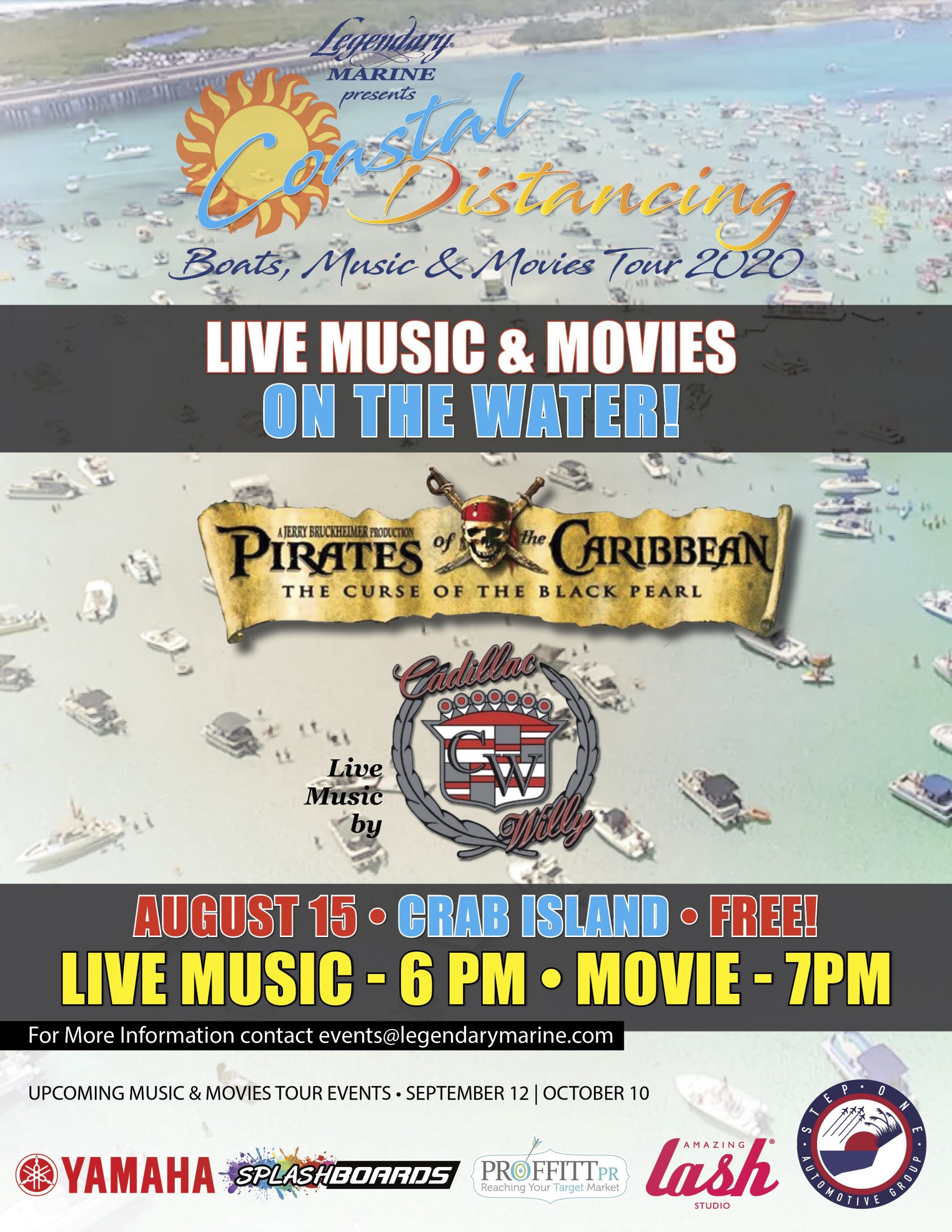 Hall of Fame Dealer, Legendary Marine will host a three-event entertainment series on the water from August to October. Titled Coastal Distancing – Boats, Music & Movies Tour the series will provide entertainment within the Choctawhatchee Bay area including a pre-show special featuring local live music followed by a featured movie each month. Partnering with Legendary Marine on this community event is Amazing Lash Studio, Proffitt PR, and music sponsor Step One Automotive Group. These events are free and open to the public to attend by boat.

This event provides an opportunity for all boaters to enjoy live entertainment aboard their vessel alongside fellow boating friends and family. The event will kick-off on Saturday, August 15th, with live music by Cadillac Willy at 6pm followed by the movie Pirates of the Caribbean at 7pm. The music and the movie will be displayed on a 60-foot television screen on Crab Island courtesy of Splashboards Media.

The entertainment series continues Saturday, September 12th and Saturday, October 10th. Locations and entertainment details can be found on Legendary Marine Facebook events page and website events calendar, as they are confirmed.