It’s late. And I wasn’t going to write this, but I have to. Not only for me, but for the good of our children, and our children’s children. No matter how hard it is to address. I’m talking, of course, about the highly controversial issue of homemade ice cream. 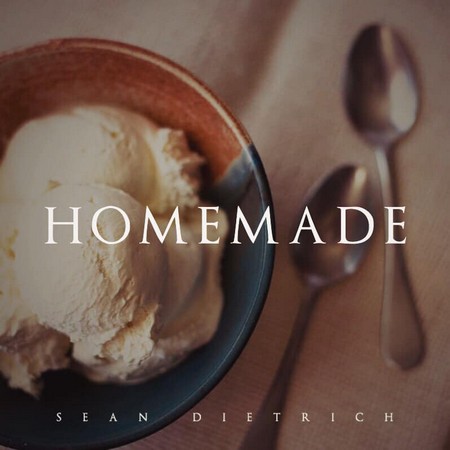 Ice cream wasn’t always under scrutiny like it is today. It used to be okay to eat ice cream. But then, suddenly it wasn’t okay, and lots of companies started coming out with healthy frozen yogurt.

A few years later, news reports claimed frozen yogurt was just as bad as ice cream. So they came out with “sugar-free” frozen yogurt, made with “aspartame.” And the world as we knew it fell apart.

Aspartame is actually a lot of fun to say. It seems like a dirty word, but isn’t. You can use it in social settings and it’s acceptable.

EXAMPLE: “Have you seen traffic today? It’s a real pain in the aspartame.”

So Americans were eating sugar-free yogurt sludge by the gallon, hoping to live to be one hundred, and doing step aerobics. Life was all right again.

Then, reports came out with new information claiming aspartame was deadly.

One report stated: “Aspartame turns your bodily fluids into formaldehyde, side effects include: Numbness, tingling, and profound interest in Jazzercise.”

All of a sudden, journalists were telling mankind to stay away from anything that even remotely looked like sugar-free frozen yogurt, and for mankind to eat quinoa instead.

Which is probably why a few months ago, I found two fifty-pound bags of red quinoa in our pantry. It wasn’t long before we were eating what looked like chicken feed for every meal until sometimes—especially if we sat in one place for too long—grade-A eggs would start appearing beneath our haunches.

But mankind can only go so long without ice cream. So one night, my wife announced that we were having a frozen surprise for dessert. But it wasn’t the real thing.

I took a lick. It was sweet, but not in a good way. It tasted like whatever I had just licked was a food related to the Sheetrock family.

“Why does it taste funny?” I asked.

She showed me the bottle. When she unscrewed the child-proof lid, white dust filled the air and got into my nasal passages and mouth.

Ever since that day, I have had this persistent taste in my throat that reminds me of the flavored laughing gas Doctor Bob used when I had a tonsillectomy in first grade.

Speaking of Doctor Bob, do you know how that old man convinced me to agree to a tonsillectomy?

Doctor Bob said: “Sean, the best part about getting your tonsils out is that you get to eat ICE CREAM ALL DAY LONG.”

A boy will do almost anything for ice cream.

It was all I needed to hear. I agreed to go peacefully. They put me in a little buttless gown and Doctor Bob placed me in the front seat of a miniature Plymouth Belvedere with pedals.

I pedaled myself to the operating room, laughing with Doctor Bob. Just a couple of guys on our way to major surgery, that’s what we were.

When I reached the operating room, something was wrong. I saw four men dressed like butchers, wearing masks, holding sharp instruments.

So I turned my Plymouth around and I got my little aspartame out of there.

But Doctor Bob caught me. By then, I was kicking and screaming for my mother. I was making promises to never play with Granny’s cigarette lighter again, or try to paint the cat, or use the word beginning with the nineteenth letter of the alphabet.

They held me down, placed a rubber mask over my face, and drugged me with scented laughing gas.

So I don’t want stevia, or quinoa, or frozen yogurt, or laboratory rats, or Plymouth Belvederes. I want America to go back to a time when ice cream was good, and good people ate it.

I would also like for people to get along. And for dogs to get adopted. And for good music to make its way into the ears of children. For this virus to hurry up and disappear.

And for lonely people to find love. For porches to be built on the fronts of houses instead of the backs. For neighbors to wave at each other.

And most of all, I hope the man who wrote me a hateful email this morning knows that I don’t hold it against him. Because everyone has a bad day. I get it. Especially during times like these. Sometimes, people just need to let off steam.

But if anyone were to ask me, which they didn’t, I think this world needs more homemade ice cream.