A boxer sends his opponent to the canvas, and the referee counts down from ten. As soon as he reaches zero, the fight is over and the referee raises a hand of the winner high into the air, proclaiming the new heavy-weight champion of the world! A NASA scientist with great enthusiasm begins counting down the seconds before a rocket takes astronauts into space. “Three, two, one…solid rocket booster ignition and liftoff!” We tend to get excited when we hear an announcer countdown a running back’s sprint to the end zone. “He’s at the forty, the thirty, the twenty, the ten, the five, touchdown!” There is something special about these moments. 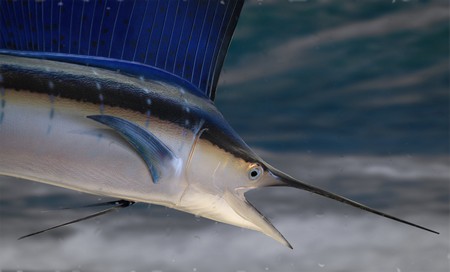 While we celebrate great moments of achievement, these are not the most important moments of life. The moments which matter most happen when a person makes up his mind to do what it takes, pay what it costs, and sacrifice what is needed to reach a great achievement. The boxers, astronauts and football stars who become our heroes are often viewed as overnight successes. But one thing they all have in common is a defining moment they dedicated themselves to their craft. We all long for moments of great achievement, but few are willing to put in the preparation needed to reach such lofty goals. The famous martial artist Bruce Lee once said “I fear not the man who has practiced 10,000 kicks once, but I fear the man who has practiced one kick 10,000 times.” Michael Jordan said “I practice as if I am playing the game, so when the moment comes in the game it’s not new to me.” Coach Nick Saban said “It’s not enough to do something until you get it right. You should continue doing it until you can’t get it wrong.” The harder you work the luckier you will get.

Not all great moments are witnessed by the masses. Perhaps nothing can come close to the feeling a mother has after giving birth to her new born child, unless of course you happen to be the grandparent of that child. Some great moments happen when the flowers you planted in the backyard finally begin to bloom. Other great moments happen when a student brings home a report card with straight As. One of my greatest achievements as a youngster was the day I learned to ski on water. There were many trips to the lake, boat rides filled with ridicule from my older brothers, and even entire vacations I had to endure the nickname submarine, because I would hold on to the rope long after my skis were off as the boat drug me underwater. But when the day came that I finally rode the surface of the water on two planks of wood, the pain of my past failures quickly vanished.

Sometimes we become tired along the way to our great achievement. We lose our passion and drive to be the best. In the Ernest Hemingway classic story of “Old Man and the Sea” there is a special moment when the aged fisherman Santiago becomes tired of being “unlucky.” Having gone 84 days without catching a fish, some who used to look up to him suddenly wanted nothing to do with him. He became determined to change his luck, no matter how far out to sea he must go. This was the moment that mattered most, not the moment he caught a huge fish.

Your greatest moment is not when you hear people cheer and congratulate you. Your greatest moment is when you make up your mind to do what it takes to reach your goal. Even preachers who rely heavily on prayer will tell you faith without works is dead. We reap what we sow. It is true that the meaning of life is more about the journey than the destination. But the markers we leave along the way will serve as encouragement to those who follow behind us or warnings to those who consider quitting. It’s up to you. Just think, your greatest moment can happen any moment you want it to.

The post The Moment appeared first on South Walton Life | 30A News, Events and Community Information.