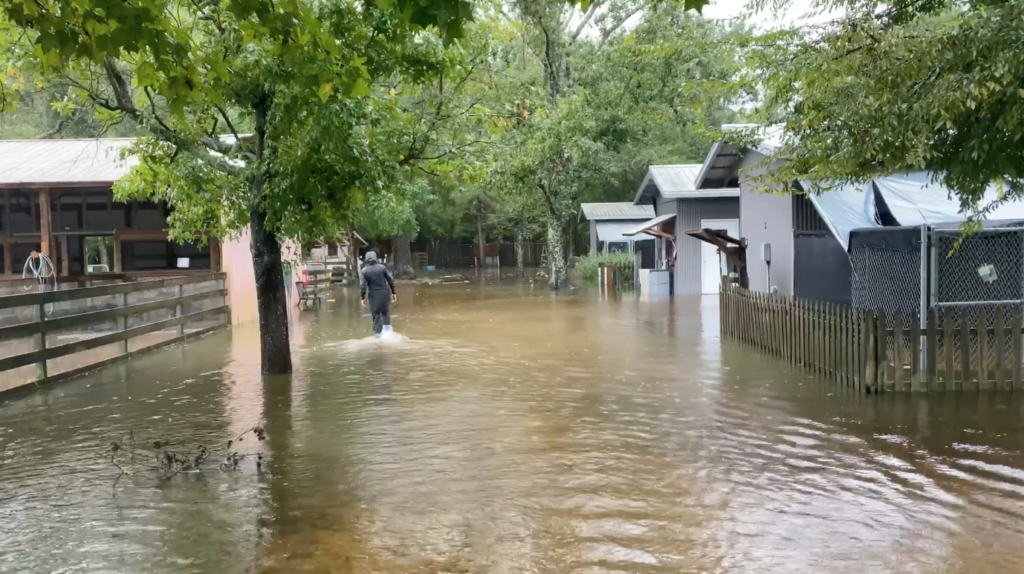 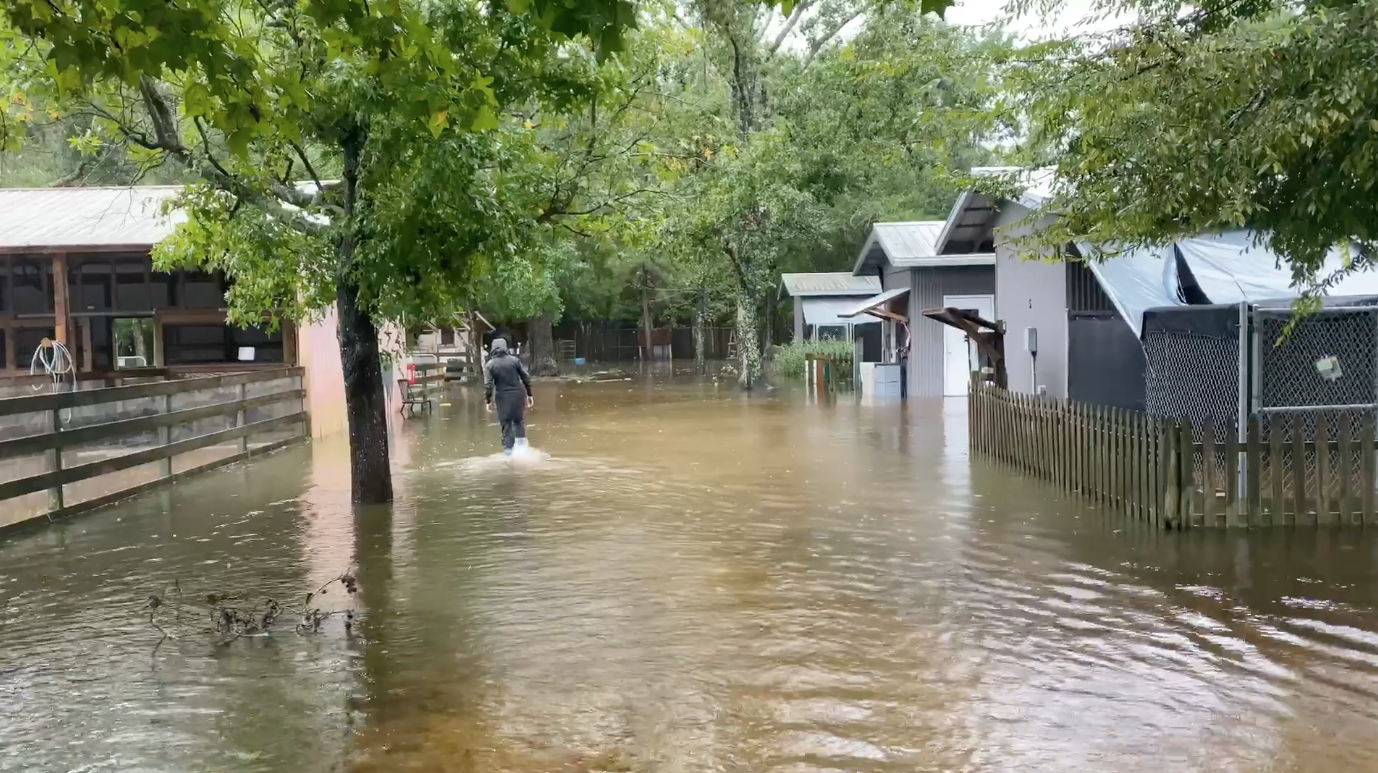 Alaqua Animal Refuge made a swift and difficult decision to evacuate animals from the shelter due to massive rain, heavy wind, and widespread flooding from now category 2 Hurricane Sally–which is still hammering the Florida Panhandle at this time.

Alaqua’s close proximity to the Choctawhatchee Bay and the safety of the animals were key factors in the decision, as the property is situated about 200 yards from the bay and is located in a high flood and evacuation zone.

Alaqua’s foster community was called upon and within hours, the most vulnerable animals were picked up and taken to safer locations.

Upon daylight breaking this morning, Alaqua was able to assess the massive flooding situation at Alaqua. Unfortunately, the Refuge is almost completely under water, and is still receiving rain and high wind gusts. The flooding is varied with some areas 2-feet and other areas 3-feet or more. There is no access to the property from the road except by boat.

The good news is that all of the remaining animals are safe. This morning, Alaqua was able to move those mostly larger animals to higher ground away from the flooded areas. And reports that animals in foster care from yesterday’s evacuation are doing well.

Currently, there is nothing to do but wait until the water has subsided enough to go back in and begin the cleanup process. Alaqua’s expects this to be a lengthy and widespread effort, and will need help when that happens.

Hurricane Sally surprised the Refuge and delivered more rain and impact than they were anticipating, or arrangements would have been made sooner.

“We are so looking forward to the day when we will not have to deal with weather events and flooding such as this,” said Alaqua Founder Laurie Hood. “It is one of the main reasons we have been trying to move from this location for many years. And luckily, our move to our future home is near and is even more critical as its location is high and dry and evacuations such as this will no longer be necessary.”

The most urgent thing Alaqua needs right now is monetary donations to help continue to care for the animals, and begin cleanup efforts when the time presents itself. Alaqua is not able to do this important work without the community’s support and relies on assistance to continue to operate—all for the love of animals. To donate, click here: http://bit.ly/AlaquaDonate/?=30atv

The post Alaqua Animal Refuge Evacuates Animals from Refuge Due to Flooding Impacts from Hurricane Sally appeared first on 30A TV Video.