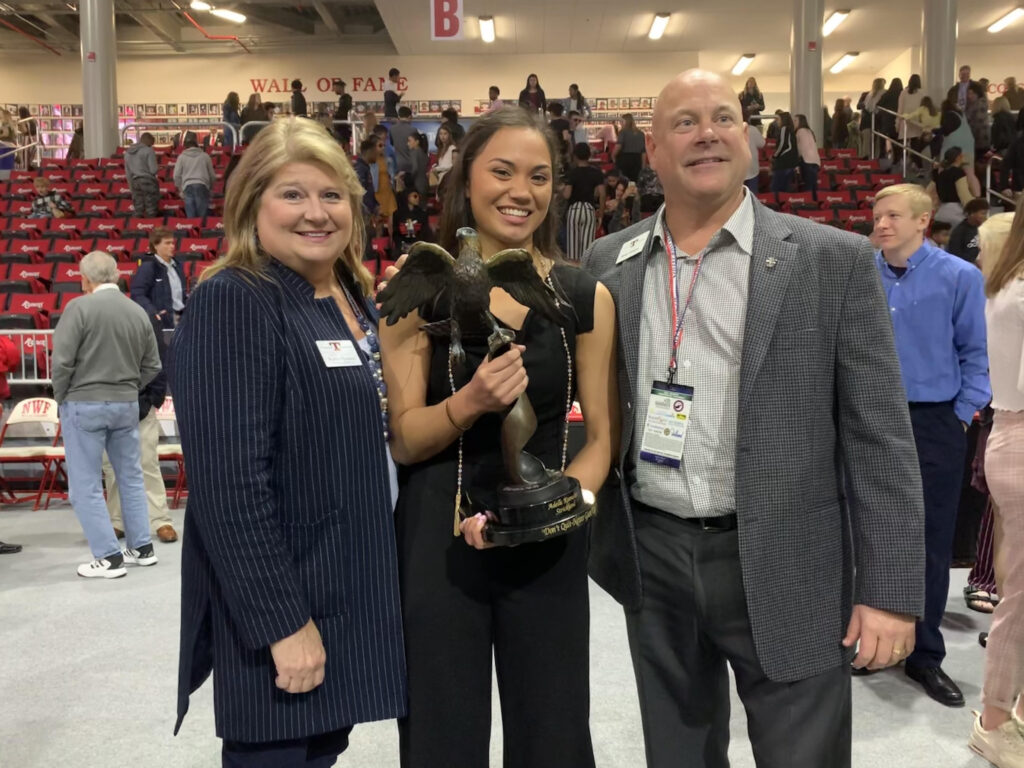 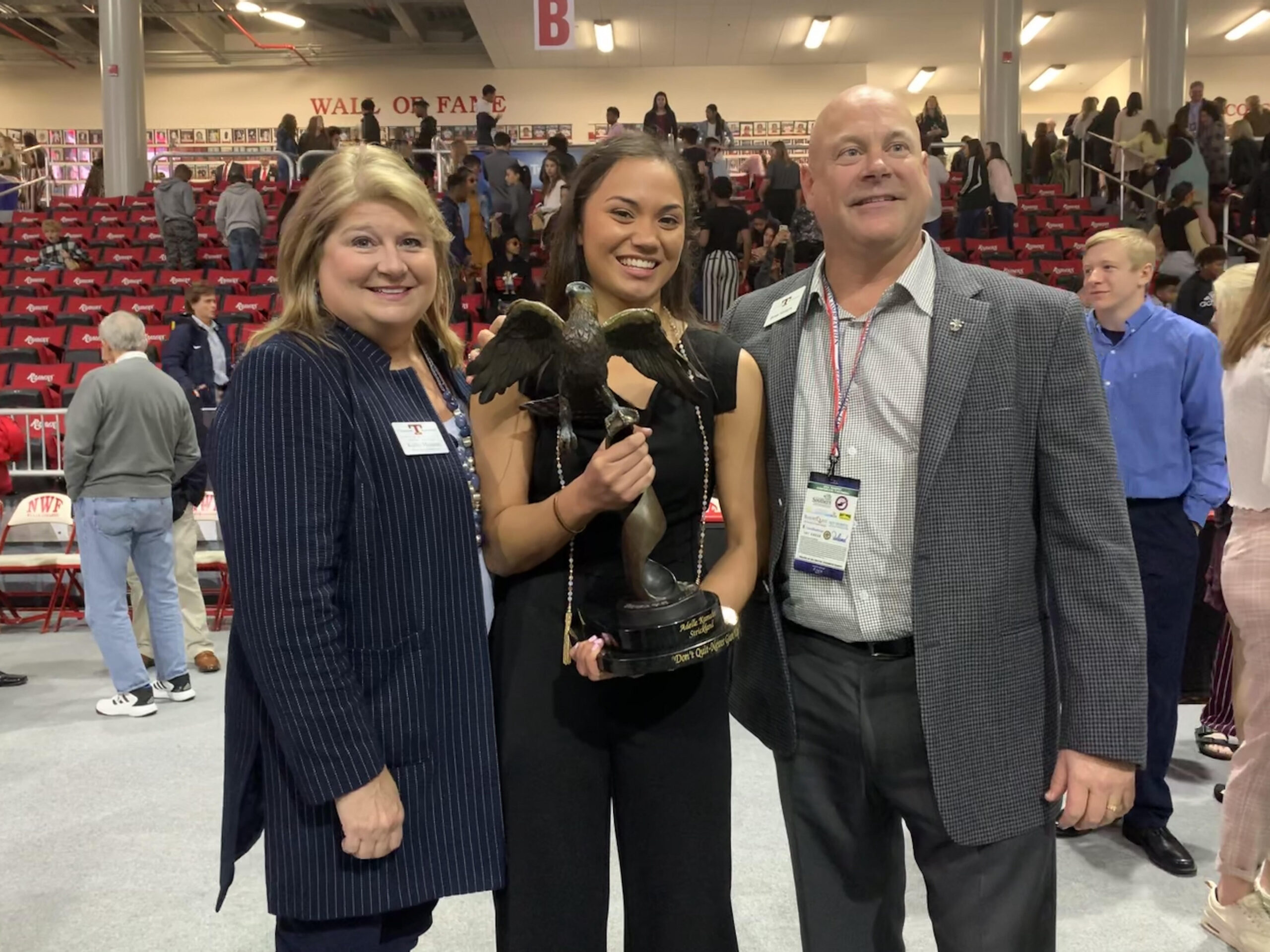 Every February the prestigious Taylor Haugen Trophy is awarded to a high school senior who best demonstrates Taylor Haugen’s balance between academics, athletics, leadership, community service and faith. The Trophy is awarded in conjunction with the All Sports Association and co-presented with Danny Wuerffel at the Buck Smith FCA Breakfast. The annual Trophy winner receives a $1,000 scholarship and a trophy that stands 26” tall, weighs 35lbs, and is a hand sculptured bronze eagle taking to flight on a ribbon of air as inspired by Isaiah 40: 30-32. Starting in 2021 the athletic department of the Trophy winner’s school will receive a $1,000 donation from the Taylor Haugen Foundation.

“Since each high school can nominate only one student, we wanted to do something special to reward the winning school as well” said Brian and Kathy Haugen, parents of Taylor.

The Trophy honors Taylor “T” Haugen who passed away from an abdominal injury sustained while playing football in 2008. Haugen was a member of the Niceville Eagles Football and Wrestling Teams as well as being an Honor Student. He was comfortably expressive about his faith in God and showed it through his commitment to volunteer work in his church and community. As well as exemplifying Haugen’s character traits, the Trophy winner embodies his motto of “Don’t Quit… Never Give Up.”

The Foundation hopes to recognize those well-rounded individuals who demonstrate the perseverance to improve themselves in all aspects of their life while enjoying God’s gifts to the fullest. The newly added $1,000 donation to the winner’s athletic department enables the foundation to continue their mission of supporting and recognizing faith based student athletes who have overcome, persevered and dynamically improved in their sport over the course of time. Greg Hill, chairman elect of the board of directors said “contributing $1,000 to the Trophy winner’s school is The Foundation’s tangible way of supporting and rewarding the primary institution promoting the academic and athletic pillars of our focus as a Foundation while encouraging all schools in the same endeavor.” The Foundation is proud of this area and wants to support the future leaders who pour into this wonderful community.

Be the first to comment on "Taylor Haugen Trophy Winner’s School to Receive $1,000 Donation"