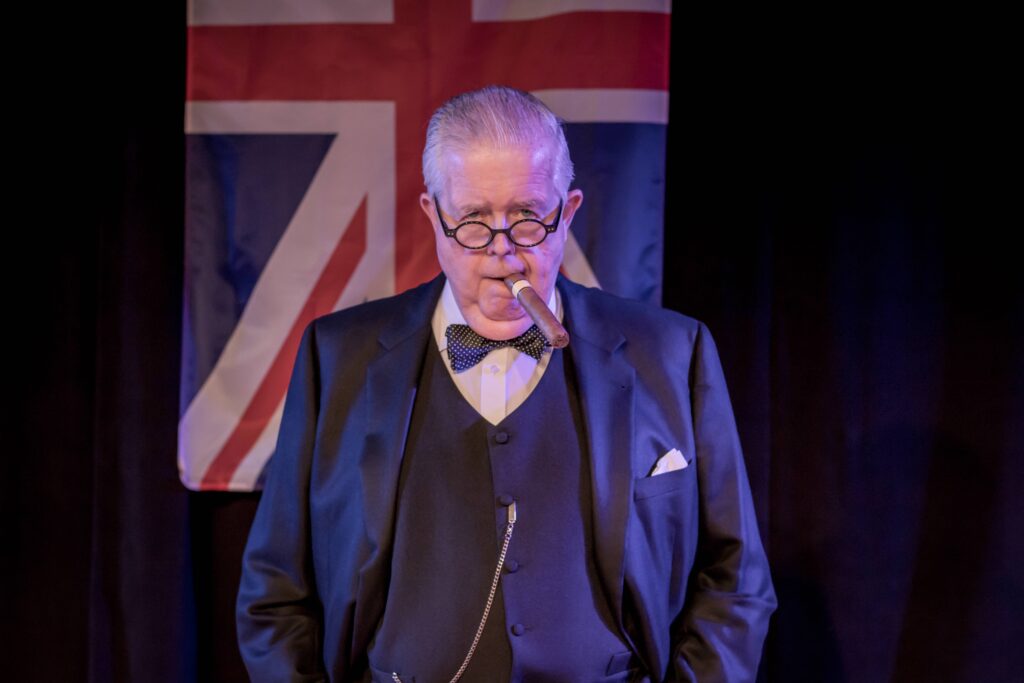 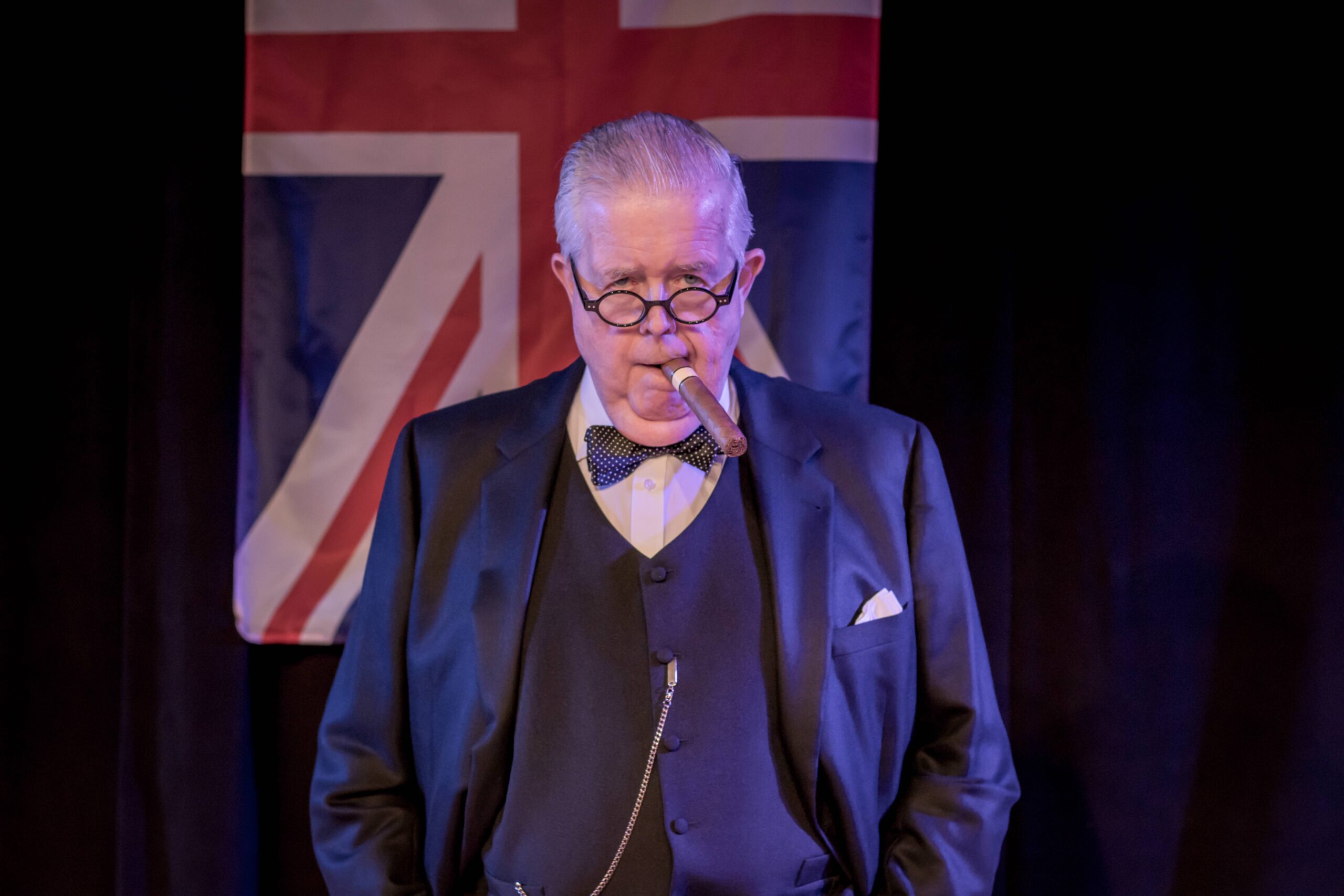 Collier, a local actor, playwright and editor who hails from Ohio, was most recently seen on ECTC’s stage as Ebenezer Scrooge in A Christmas Carol. He also has appeared with ECTC in Bakersfield Mist, A Wrinkle in Time, It’s a Wonderful Life, Around the World in 80 Days, The Fantasticks, A Christmas Carol and as Churchill in his one-man show, Winston Churchill: Through the Storm. Collier has performed professionally in summer stock in Ohio, at the Alabama Shakespeare Festival, the Courtyard Playhouse in New York City, New Horizons Theatre in Michigan and The REP at Seaside. His original Restoration comedy, Tarts, was staged in New York at the Courtyard.

Alan Tuttle stars Carl Eugene Bolt’s “docudrama” play Give ‘em Hell Harry! on Jan. 26. This faithful and often humorous piece is a portrayal of the life and presidency of President Harry S. Truman. The play spans Truman’s childhood, his “political apprenticeship” as a judge in Jackson County Missouri, his years in the U.S. Senate and his momentous two terms as President of the United States.

Tuttle has been involved in theater for nearly six decades. He has appeared in several Stage Crafters productions in Fort Walton Beach, Florida, as a member of the ensemble in Sound of Music, Music Man, and Damn Yankees; as Manolo in Odd Couple (the Female Version), in Bad Seed playing Leroy, and as several favorite characters in Spamalot! He assisted the director of Lakebottom Proper, stage managed Steel Magnolias, produced Noises Off, and directed Neil Simon’s Rumors.

ECTC’s StoryTeller Series concludes with Katharine Hepburn (Feb. 23 & March 2), a one-woman show written and performed by the incomparable Shirley Simpson. Simpson embodies the wit, charm and fierce grit that is the Oscar-winning American actress Katharine Hepburn (1907-2003). Her piece delivers a humorous and touching portraying of the fiery and independent Hepburn throughout her career touching on the events and people who shaped her 96-year life.

Simpson most recently appeared as Hannah in the musical The Spitfire Grill at New Stage Theatre in Jackson, Mississippi. Also at New Stage, she played Grace in Grace & Glorie, the title role of Shirley Valentine, Kendall Kingsley in Impossible Marriage, and Vada Love in The Exact Center of the Universe. At The LSU Colonnade Theatre in Baton Rouge, she again played Shirley Valentine, and directed and played the role of Elaine in Neil Simon’s Last of the Red Hot Lovers. Other stage roles in Baton Rouge include Maggie in Tribute, Fonsia Dorsey in The Gin Game, Queen Eleanor in The Lion in Winter, and Kate in both Brighton Beach Memoirs and Broadway Bound. She starred as Laurette Taylor in an off-Broadway production based on the opening night of Tennessee Williams’ The Glass Menagerie. Other favorite regional theatre roles were in Finishing Touches, Forty Carats, Someone Waiting, Only in America, Close Ties, and Suddenly at Home. Film credits include Everybody’s All American and Blues in the Night.

A former producer, writer, and performer in the New York Madison Avenue television market, her TV series The Vital Link was nominated for and won the ACE Award. Simpson is a member of Actor’s Equity Association and is contributing her performance fees to Sacred Heart. Simpson is performing Katharine Hepburn as a benefit for ECTC.

All series events will be staged at ECTC’s performance space located at 560 Grand Boulevard (upstairs) in Grand Boulevard at Sandestin, located in Miramar Beach, Florida.

Tickets are $32 per person for adults, $30 for seniors/military and $28 for students. Purchase tickets online at www.emeraldcoasttheatre.org.