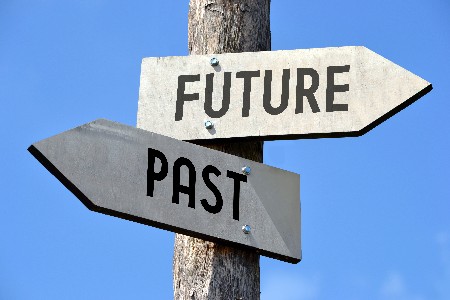 Once, while attending seminary, I had the rare privilege of sitting next to one of my professors in the school cafeteria. I took the opportunity to ask him a deep question that had puzzled me for years: If God forgives and forgets, and we are to forgive and forget, then why are there so many mistakes and sins recorded in the Bible? He paused, slowly laid down his fork, gathered his thoughts, and responded. He said he would “forgive” me for disturbing him during his meal and “forget” I ever asked the question. He then winked and said “That is my way of saying I don’t have a good short answer for that, but if you discover one let me know.”

Wouldn’t it be nice if all of our debts were forgiven and forgotten? Any payment ever missed would be deleted from our credit reports, and the speeding tickets permanently removed from any record. Forgiveness is a gift to be received and a gift to be given. We love it when we are forgiven, even though we sometimes struggle in receiving forgiveness due to guilt or pride. We feel great forgiving others, in spite of wondering if we are empowering them to continue making mistakes. True love keeps no records of wrongs. Most of us have been taught to forgive and forget. But should we remember mistakes in order to learn from them?

Great quarterbacks have short memories. If they throw an interception, they quickly forget about it, or risk second guessing decisions, possibly causing the team to lose the game. They still study film and learn from their mistakes. But dwelling on past failures can be like drinking deadly poison. Mother’s have an almost supernatural ability to forget how painful giving birth is. Otherwise, no one would have more than one child.

A person is only as big as the smallest thing that bothers him. Let it go. Be the bigger person. There is an added emphasis to the phrase “forget about it” when said in a New York accent… fuhgeddaboutit! Don’t just forget about it… fuhgeddaboutit! Yes, that means to forgive AND forget. Be kind to the person who did you wrong. Get along with the person who is putting you down.

Years ago, at a summer church camp, I was counseling a 3rd grader whose father had just left the boy’s mother for another woman. As he was telling me what happened, he began to tighten his fist. Sweat rolled down the brow of his face. He was trying to tell me the last words his father told him before he left which was: “My new girlfriend is prettier than your mom, so I’m leaving.” The 3rd grade boy started shaking as he repeated over and over, “she’s not prettier than my mom…she’s not prettier than my mom!” Even though I had just taught the boys what the Good Book says about forgiveness, I must admit, at that moment, I wanted to go find the boy’s father and give him with a piece of my mind. But instead, we prayed.

Fast forward two years. The boy returns to the summer camp. The countenance on his face was totally different from the last time I’d seen him. He told me his father was in prison for car-jacking. He said he forgave his father like I had taught the boys to do. He wrote his dad in prison and asked his dad to forgive him for having hateful feelings from the past. Then he started crying. He said, “My dad wrote me back, and for the first time in my life, he said he loved me.” I had tried to teach the boys about forgiveness, but it was a boy who taught me how to forgive. Whatever it is that is causing you so much pain, do more than just forgive… Fuhgeddaboutit!

Rick Moore is Pastor of Communications at Destiny Worship