The Panhandle Animal Welfare Society (PAWS) received the largest cash donation in its 63-year history from a “Secret Santa,” a gift that will make wishes to better serve Okaloosa County and its animals come true in this new year.

The donation from a part-time Destin resident who asked to remain anonymous, is enough to break ground and complete Phase I of the new PAWS campus.

“I have always been an animal lover, and the need for PAWS is very apparent in the community,” the donor said. “As the community is growing robustly, it will need greater capacity at PAWS. I hope this will help PAWS keep up with the demand.”

While certified plans for a central administrative building were completed last year, the donation will allow architects to also begin plans for new dog kennels, cat housing, a low-cost veterinary clinic and other animal welfare needs for the campus. 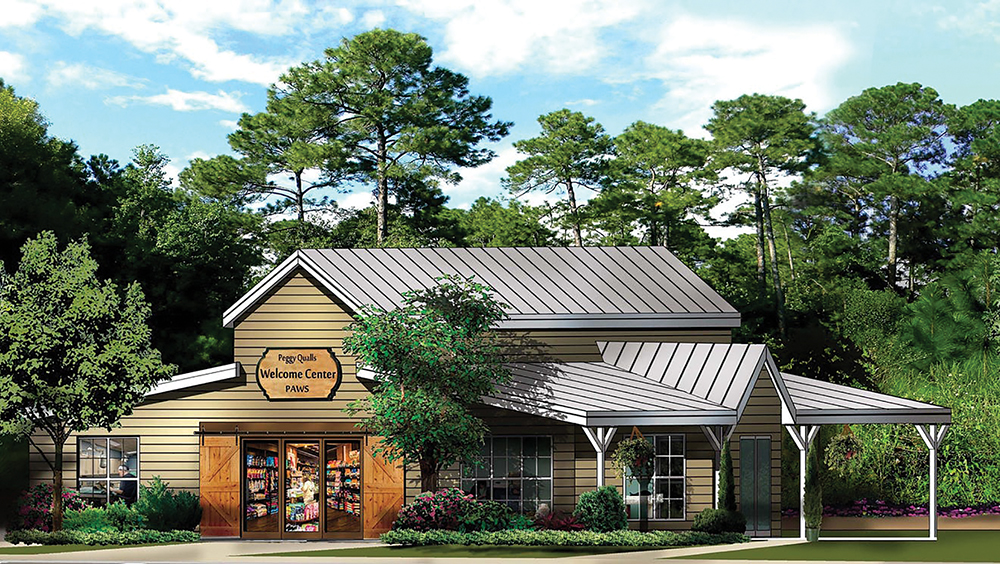 To determine those needs, the PAWS board of directors will solicit ideas this month from the community, municipalities, county staff, volunteers, rescue agencies and other animal advocates. Due to COVID-19, the input will be collected via online surveys and meetings.
Based on that input, a project manager and committee will create a phased master plan, then launch a 2021 capital campaign to fund the rest of the campus. Some parts of the campus, such as the dog kennels, already have large-scale matching donors. In honor of their late son, a local couple also has donated $100,000 for a hydrotherapy pool to help rehabilitate injured dogs.

The new animal campus, at 745 Lovejoy Road NW, will be on a 15-acre parcel donated six years ago by local supporter Al Qualls in memory of his beloved wife, Peggy Ann Qualls. It is just a few blocks northeast of the current dilapidated PAWS shelter.

The renderings, plans, a survey link, and other details about the campus development will soon be featured on the PAWS website, paws-shelter.org.

Be the first to comment on "PAWS Animals’ Wishes Come True"