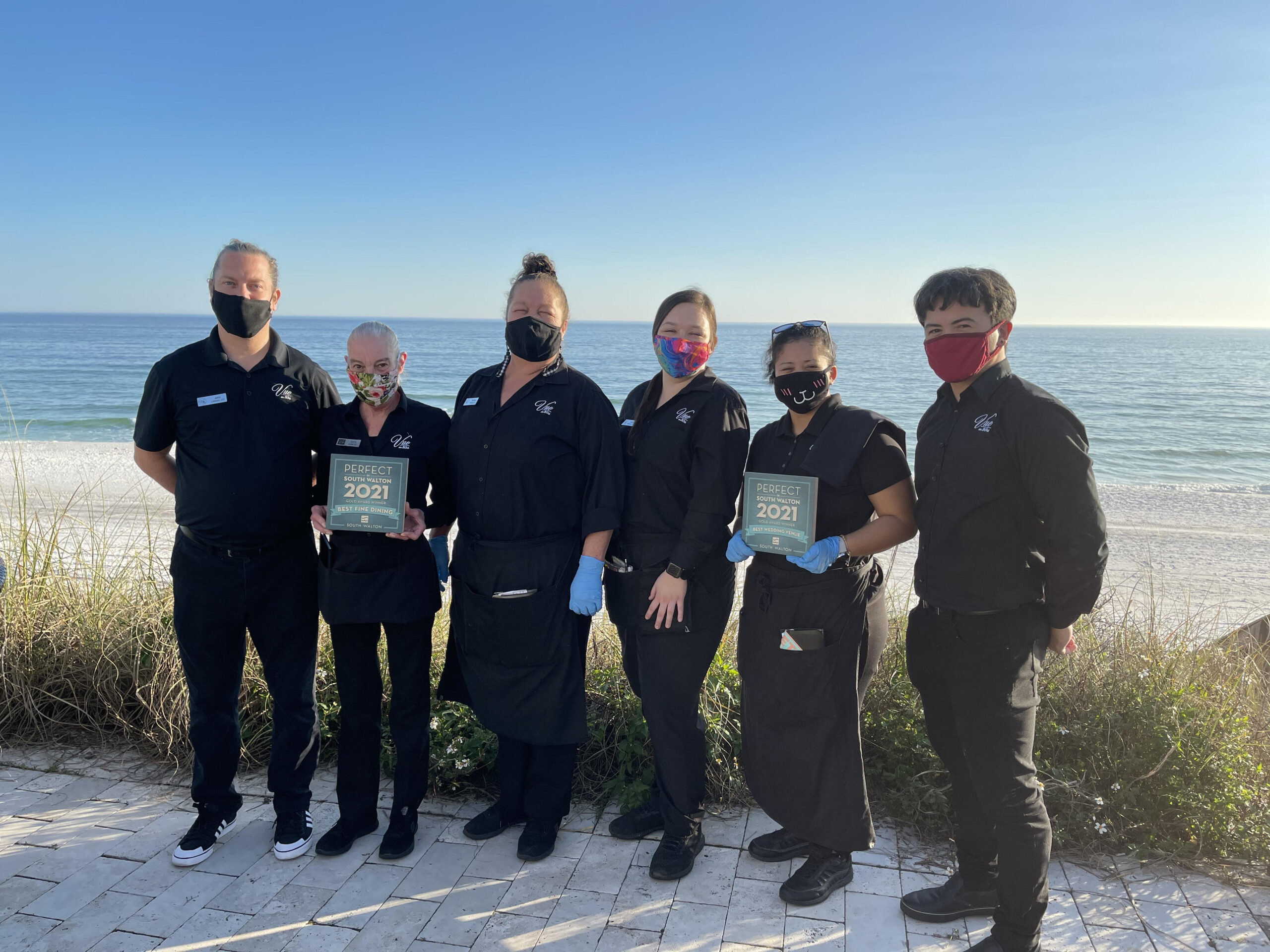 Recent awards and updates from Vue on 30a

The beautiful golf course isn’t the only star at Santa Rosa Golf & Beach Club. The club restaurant, Vue on 30a, has been recognized by both Visit South Walton and VIP Destin Magazine for multiple voter’s choice awards.

Visit South Walton voters honored Vue on 30a by naming the restaurant “Best Fine Dining” and “Best Wedding Venue” in the “Perfect in South Walton” awards program. Additionally, the restaurant was also awarded “Best Place for a Rehearsal Dinner” and “Best Place to Pop the Question” in VIP Destin Magazine’s “Best in Destin” awards. Both VIP Destin Magazine and Visit South Walton open online voting each year to locals and visitors to support their favorite local attractions, restaurants, and more.

Much like the golf course, Vue on 30a is known for its beautiful views of the Emerald Coast and its fresh and unique menu options. Chef Isley Whyte joined Vue on 30a’s team as executive chef in the fall of 2019 and since then has utilized his culinary expertise and Jamaican roots to create menus that leave diners craving more.

In preparation for the spring and summer seasons, Chef Whyte and his team have put together new menus for lunch, brunch and dinner. When asked about the inspiration behind the menu updates, Chef Whyte stated, “I wanted to create a menu that encompasses the taste of 30A and my roots. I know we will have many more travelers coming to our area this spring and summer and we pride ourselves in representing the Emerald Coast by using the freshest seafood and local ingredients with a unique twist.”

The updated menus can be found at www.vueon30a.net.

Since opening their doors in 1971, Vue on 30a has showcased one of the most sought after, panoramic dining experiences on the Gulf. The restaurant has claimed its fair share of accolades with its fresh approach to dining, including delicious menus thoughtfully designed by a culinary team of experts and its wine menu which easily matches the caliber of the food. The restaurant was named “Best Fine Dining” by Visit South Walton and continues to be a “Most Booked” restaurant at OpenTable.com.

Santa Rosa Golf & Beach Club is the only member-owned golf course and private beach club on the coast – located on scenic Highway 30A in Santa Rosa Beach, Florida. Hugging the sugar-white sandy beaches of South Walton, the club spans across more than 85 acres providing members and their guests access to golf, dining, and more. The club boasts an 18 hole, par 72 championship golf course, a beautiful beach club with private pool and beach access, plus dining – including the club’s signature restaurant located directly on the Gulf of Mexico, Vue on 30a. Learn more at www.santarosaclub.com.

The post Santa Rosa Golf & Beach Club’s Vue on 30a receives recognition in the community appeared first on 30A.TV.