For most Americans of the time, the Revolutionary War was a struggle for freedom and an independent nation.  For members of the church it represented a conflict between loyalty to an emerging United States and an oath to the King of England. Religion played a major role in the American Revolution by offering a moral justification for opposing the British, assuring to the average American that the revolution was justified in the sight of God.

Ministers served the American cause in many capacities during the Revolution: as military chaplains, as penmen for committees of correspondence, and as members of state legislatures, constitutional conventions and the national Congress. Some even took up arms, leading Continental troops in battle. Support from the pulpit was crucial, especially in the early years of the Revolution. and, many battle flags of the American Revolution carried religious inscriptions.

The Revolution split some denominations, notably the Church of England, whose ministers were bound by oath to support the King, and the Quakers, who were traditionally pacifists. Religious practice suffered in certain places because of the absence of ministers and the destruction of churches, but in other areas, religion flourished.

Thomas Jefferson’s belief in the unquestionable relationship between good government and religious freedom is reflected in article three of the Northwest Ordinance, where he writes:”Religion, morality and knowledge being necessary to good government and the happiness of mankind, schools and the means of education shall forever be encouraged.”

Noah Webster’s dictionaries, spellers, and grammars shaped the education of America in the 18th century and his legacy lives on today. As author of the first American dictionary and a son of the American Revolution, Webster sought to give the new country a different kind of freedom — a culture of its own. Webster considered his most important project his revision of the King James Bible. He wanted to make it accessible to every American. He believed God played an important part in the education of the people and in the preservation of the American experiment.  His advice on how to choose the nation’s leaders was when you become entitled to exercise the right of voting for public officers, let it be impressed on your mind that God commands you to choose for rulers, just men who will rule in the fear of God. The preservation of a republican government depends on the faithful discharge of this duty; if the citizens neglect their duty, and place unprincipled men in office, the government will soon be corrupted. 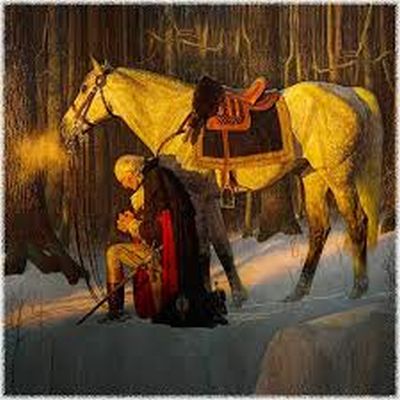 Overall the Revolutionary War had a lasting impact on the state of religion in America.  Anglican ministers who had stayed in the colonies began to construct an independent American church. From this the Protestant Episcopal Church of the United States was eventually established. Methodists were also compelled to form the all American Methodist Episcopal Church. In the years following the American Revolution religious freedom truly  began to flourish and after years of division the religions of the United States were finally united under one banner, that of being truly “‘American.”

The post Religion and the American Revolution appeared first on South Walton Life | 30A News, Events and Community Information.

Be the first to comment on "Religion and the American Revolution"