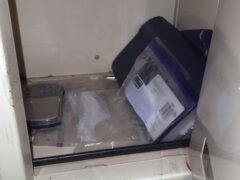 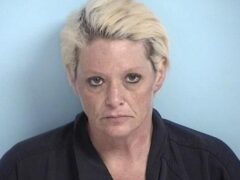 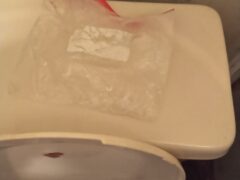 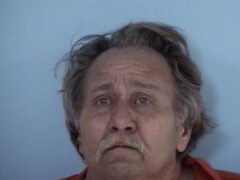 During the search warrant John Hartley, 63, Jennifer Cotton, 46, and Joseph Byrd, 53, were located inside the home.

Byrd, who resides in Ponce de Leon, was found with four grams of methamphetamine in his wallet. Byrd was also found in possession of a syringe in his front pocket.

In Hartley’s bedroom investigators located a safe. Inside the safe was more than 60 grams of methamphetamine or two bags containing approximately 104.8 grams of marijuana. Numerous other items of drug paraphernalia were found throughout the room including a smoking pipe, a syringe, and one digital scale.

Within a bathroom located in Cotton’s room, she was observed attempting to flush methamphetamine down the toilet when law enforcement entered.

Jennifer Delores Cotton was charged with possession of meth with intent to sell and possession of drug paraphernalia. She received a $50,000 bond and bonded out Friday, May 21st.

Joseph Everett Byrd was charged with possession of a controlled substance and drug paraphernalia. He was issued a $5,000 bond and is still incarcerated at the time of this release.

Johnathan Earl Hartley is charged with trafficking methamphetamine, possession of marijuana with intent to sell, and possession of drug paraphernalia. He was issued a $100,000 bond and is still incarcerated at the time of this release.

Be the first to comment on "FREEPORT WOMAN CAUGHT FLUSHING METH DOWN TOILET DURING SEARCH WARRANT; THREE ARRESTED"