At the age of fourteen, I was bussing tables for one of the top restaurants in town. It was my mother’s favorite seafood restaurant. For years, she had bragged about their service and delicious food. Yet, those who worked at that restaurant saw things differently. It’s funny how you can go to a place every week of your life as a client, yet never see what the employees see. When you learn how the sausage is made, it’s hard to enjoy eating the sausage. No matter if you work at a hospital that helps save lives, or a church that helps save souls, there are no perfect organizations. 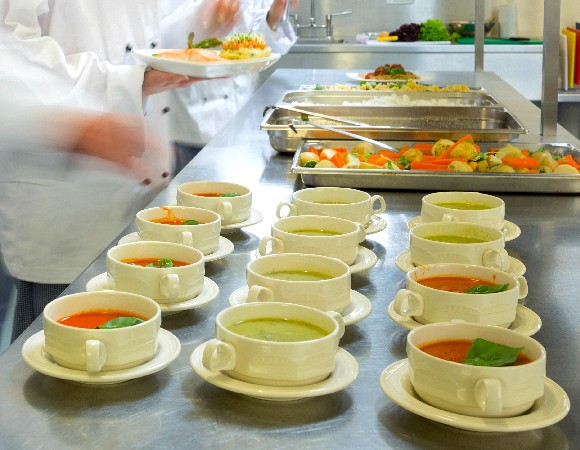 Once, while I was washing dishes, a waitress came back to the kitchen in tears. She was so mad at a person who didn’t leave a tip that she threw the dishes on the floor, shattering them into pieces. That same afternoon, an elderly lady complained when she saw a roach run across the floor. One night while closing, the manager discovered the cash register was $80 short. A waiter told the manager he had seen one of the waitresses take the money from the register. It just so happened that waiter couldn’t stand the waitress he was accusing, so the manager’s first suspicion was that the waiter took the money, only to try to get her fired. I never told my mom any of this, and to this day she will say that was her favorite restaurant.

While in my late twenties, I was asked to volunteer as a chaplain for a local non-profit group. The task was to give out turkeys at Thanksgiving, toys for less fortunate children at Christmas, and eyeglasses once a month for those incarcerated. I gladly accepted, but was slow to let everyone in my inner-circle know about this new position. As silly as this may sound, this particular non-profit raised most of its money from bingo games, and I was on staff at a church that frowned upon such things. Also, the president of the organization was not known for being a saint. While processing the opportunity at hand, many questions entered my mind. I sought out advice from a trusted friend, and he asked me one simple question which became the deciding factor. He asked me if I could accept the imperfections. I decided I could, and agreed to take the position. Once the weight was off my shoulders to “fix” the organization and make it perfect, I simply accepted everything as it was, and we were able to bless a whole bunch of children, families and prisoners.

A few years later, while interviewing for a new job, the question was asked if I would be willing to “be stretched.” Months later, I realized what this person meant by “being stretched” was if I would be willing to look the other way at times. It meant no matter what he had promised, he could reverse his decision and tell others they needed to learn how to be flexible. In this case, I felt the organization went beyond having imperfections. It reached a tipping point that I could no longer accept, so I decided to resign.

Obviously, spouses have to ask themselves how much verbal abuse they are willing to accept. Peers have to ask themselves when it is appropriate to report an associate for doing something wrong. Even employers have to ask how much imperfection they can stand from employees. Sometimes people are allowed to remain on the team even if they are incompetent because they are nice. Sometimes people who are not nice are allowed to stay on the team because they are very talented. It is a tough decision for employers and employees alike. There are different degrees of what can be tolerated. Just remember: it’s not perfect, and you’re not perfect. Perhaps Michael J. Fox said it best: “Excellence, I can reach for; perfection is God’s business.”

Be the first to comment on "It’s Not Perfect"