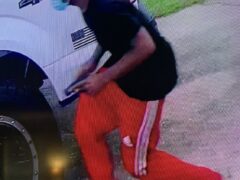 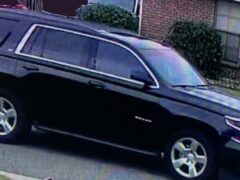 WALTON COUNTY, Fla— A rash of car burglaries has been reported in Walton County resulting in four guns stolen from unlocked vehicles.

Walton County Sheriff’s Office is investigating 25 vehicle burglaries that occurred over the weekend in Miramar Beach.

The burglaries took place at the following locations:

During the burglaries in the Carson Oaks subdivision, two Glock handguns and two shotguns were taken by the suspects.

Multiple surveillance cameras in the area have been reviewed and WCSO investigators believe the same suspects responsible for burglaries in our county are also being sought by Okaloosa County Sheriff’s Office for burglaries throughout Destin, Fort Walton Beach, and Baker. (SEE POST OF BAKER BURGLARY SUSPECTS BY EMERALD COAST CRIME STOPPERS)

Walton County Sheriff’s Office continues to ask the public to lock their vehicles and remove any firearms and valuables.

Be the first to comment on "FOUR GUNS STOLEN FROM UNLOCKED CARS OVER THE WEEKEND; 25 BURGLARIES REPORTED"