Our entire vacation was mapped out in great detail. First, we planned to fly to Nevada. After seeing Death Valley and Hoover Dam, we would make our way to Zion National Park in Utah. Then we would go to Bryce Canyon and Arches National Park. The next stop would be Colorado National Monument. After spending a day at Rocky Mountain National Park, we would drive to Denver to catch an airplane back to the Emerald Coast. It didn’t work out that way. 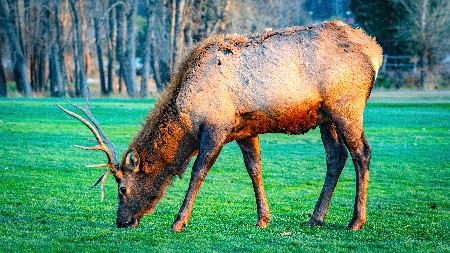 Twelve hours before our plane was scheduled to leave for Nevada, we received word that our flight was cancelled and there was no way to catch a flight for 24 hours due to a storm coming from the West Coast. After watching the news and discovering one airline had cancelled 29% of their flights, we knew this was a real challenge. We then called our rental car company which we had paid in advance, just to let them know we would be 24 hours late. They said they could not hold the vehicle and we would have to rebook. I was told that instead of $700 for the week, it would cost $2,300. Due to fewer flights, travelers had to resort to rental cars, few were left, and the price gouging had begun. I said no way!

We decided it best to simplify our plans, fly to Denver, and relax while experiencing several days in Colorado. The delay allowed us to enjoy a quick “stay-cation.” It was 85 degrees on a mid-October Tuesday, as we relished our last swim in the Emerald Coast waters for the year. While walking a few feet from shore, we discovered something we had never seen in our many decades of visiting the beach. Manta rays were jumping out of the water so high they appeared to be flying! I filmed one that leaped right past me. The following day, we boarded a plane to Colorado. As we drove to Estes Park from Denver, we saw prairie dogs chasing each other, and witnessed a herd of elk walk right past our Jeep at the stop light. These are special moments we would have missed if our original plans had not been cancelled.

Rocky Mountain National Park is beautiful year round, but it is even more spectacular during certain seasons. Usually, if one visits at the beginning of October, the leaves on the Aspen trees have a vibrant golden hue. If one visits the end of October there is snow on the mountains. But in the middle of October, you may see both, or you may see neither. Fortunately for us, we saw both. One day we were enjoying the sugar white sand on the beach, and the next day we were enjoying the sugar white snow on the mountains. We would have missed these incredible sights if our original plans had not been cancelled.

Perhaps the biggest change we experienced that week had nothing to do with our itinerary. Rather, it had to do with a special souvenir we brought back from Colorado. She is a Russian Blue kitten named Clementine. When my wife decides it’s time to adopt another animal, there is no use in arguing. Surprisingly, Clementine was easy to fly with and quite the attention getter in the security line at the airport. Though I was content with having two dogs and a cat, having an energetic kitten pouncing around the house has been a pleasant change. Sometimes the best things in life are different from what we have planned.

Change happens. As we look back over the pictures and videos from our vacation, we are actually grateful for the way everything turned out. Arnold Bennett once said, “Any change, even change for the better, is always accompanied by discomforts.” The next time you are confronted with discomforts in life, try to embrace the change. When we embrace change, the change embraces us.