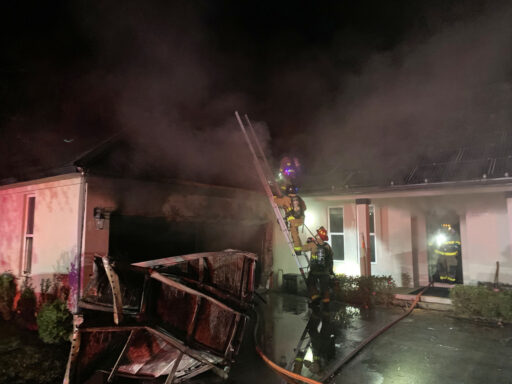 FREEPORT, FL— Walton County Fire Rescue firefighters save a Freeport family’s home after a fire breaks out in their garage.

At 1:03 a.m. on Monday, December 6th, Walton County Fire Rescue and Walton County Sheriff’s Office were dispatched to a home on Lagrange Road following a 911 call reporting smoke and flames coming from a residential garage.

In less than ten minutes, Walton County Fire Rescue arrived on scene to find the attached garage of a home fully engulfed in flames. Firefighters immediately began fighting the flames and searched the house to make sure no one was trapped in the smoke-filled home.

Fortunately, all residents made it out of the home safely and no one was harmed in the fire. Walton County Fire Rescue was able to contain the flames to the garage, saving the family’s home from further damage.

“This is the second home our firefighters have managed to save so far this holiday season” says Sheriff Michael Adkinson. “Because of the quick action of these men and women, another family will still have a place to call home on Christmas.” 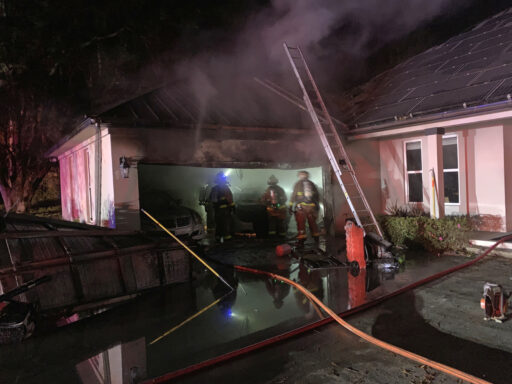 The fire caused severe damage to two vehicles and a motorcycle being stored in the garage.

American Red Cross was contacted to assist the family. The State Fire Marshal’s Office responded to the scene to investigate the cause of the fire.

Be the first to comment on "FIRE BREAKS OUT IN GARAGE; WALTON COUNTY FIRE RESCUE SAVES FREEPORT FAMILY’S HOME"