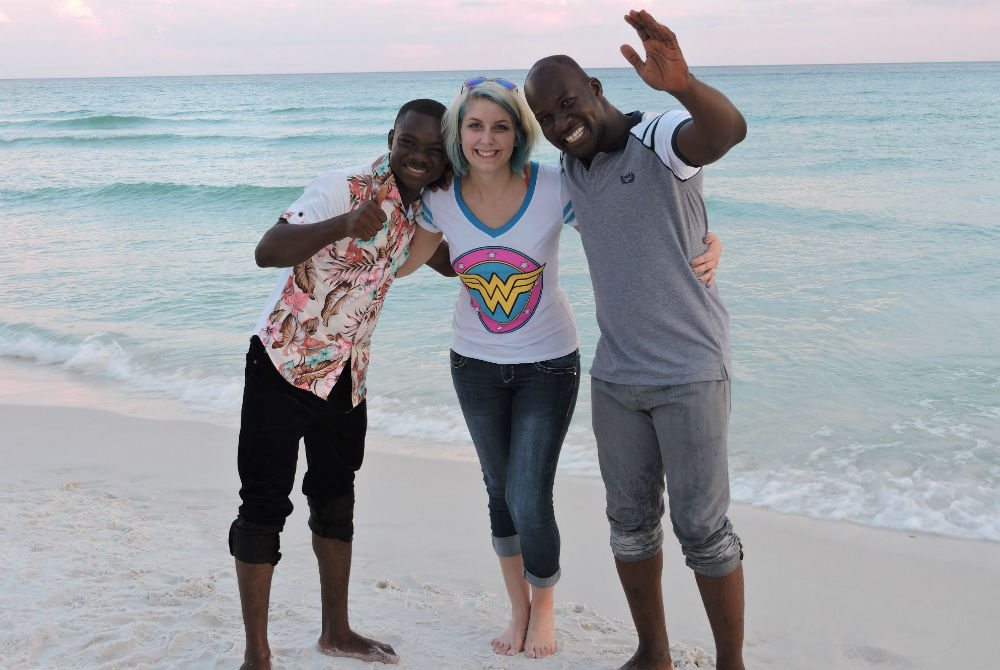 The Sonder Project, a Santa Rosa Beach based nonprofit that works locally and around the world, has recently broken ground on a school in Burkina Faso, Africa. This will be the third school the nonprofit has built in this country, however, this one is a little extra special. This school is being built in honor of Sonder Project friend and colleague, Ahmed Kere. Those that follow The Sonder Project may remember that the organization met Ahmed in Burkina Faso in 2015, on their first mission to build a school in this country. Since then, they stayed in touch with Ahmed and even brought him here to the United States to visit the Emerald Coast. Many in our local community had the opportunity to meet this wonderful man during his time here. After his return home, Ahmed continued his work to make his country a better place. A group of Sonder Project volunteers was scheduled to meet with Ahmed and other buildOn staff in Burkina Faso in January with the intention of working together to build a school for those in need. The group’s excitement to go help the less fortunate and see old friends was quickly replaced by fear as they learned that a terrorist attack had broken out in Ouagadougou, Burkina Faso’s capital city, just a day and a half before they were scheduled to depart. They quickly learned that the attack began in a place they had visited on their last trip. More disturbing, they realized that they had friends inside the building where the attack began. Among them, Ahmed. As the events unfolded, they discovered that their friend was missing. His missing status was later updated to deceased. You see, when the attacks began, Ahmed, putting others before himself, as always, immediately stood up, bringing the attention of the shooters upon himself as he asked them not to hurt anyone. His courageous act saved the lives of many who were able to escape through the smoke of the burning building through a broken window in the back. After the news, their hearts were broken. To lose such a good man and a friend to such senseless acts left them reeling. The Sonder Project, however, dried their tears and went to work. They knew that only love can drive out hate. They immediately put together a fundraiser to build a school in Ahmed’s name. A lifelong reminder of who this man was and what he stood for. They knew he would not want his death to have been in vein, and thanks to the support of this community and beyond, they have successfully funded a school in his honor. This school will educate boys and girls equally for generations, giving them the leg up they need to break the cycle of extreme poverty. Our community is amazing. Filled with what those in Burkina Faso would call “white hearts,” meaning those that are good and kind and able to drive out the darkness. Working together, we can make significant changes to this world. The Sonder Project is extremely proud of this accomplishment and is looking forward to many more projects this year. Be on the lookout for these upcoming ventures: • Construction of a water well in Burkina Faso, Africa • Nicaragua site visit and hands-on construction of a school • First undertaking of new program, PROJECT: agriculture – launching beekeeping in Nicaragua • 2017 Trek and Project Schedule, which will be open to the public For more information on The Sonder Project or to find out how you can help, please visit www.thesonderproject.org. Read More