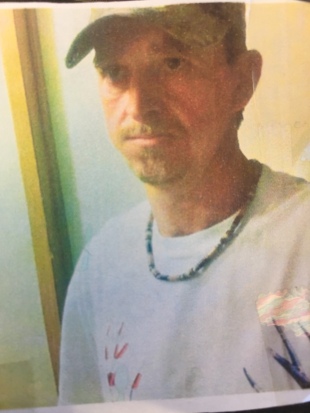 William Shane McCranie, 40, was reported missing by his mother and girlfriend. Both told investigators they have not seen McCranie since March 1st at around 7am when he told them he was heading from their home on Larkspur Avenue down the street to have his phone fixed.

A friend said they saw McCranie on March 2nd between 4-5pm. According to his bank McCranie’s debit card was last used at the Love’s Travel Shop on March 2nd at approximately 2:21am. However, when video footage was reviewed at Love’s McCraine was not seen during that time frame.

McCranie was last seen wearing khaki shorts, a white t-shirt, and white tennis shoes. He is described as having a scar on the left side of his face and he has slurred speech due to a traffic crash.

Anyone with information is encouraged to call the Walton County Sheriff’s Office at (850)-892-8111 or they can remain anonymous by calling Emerald Coast Crime Stoppers at (850) 863-TIPS. Submit a web tip at www.emeraldcoastcrimestoppers.com or send a mobile tip using the P3 Tips Mobile Application.