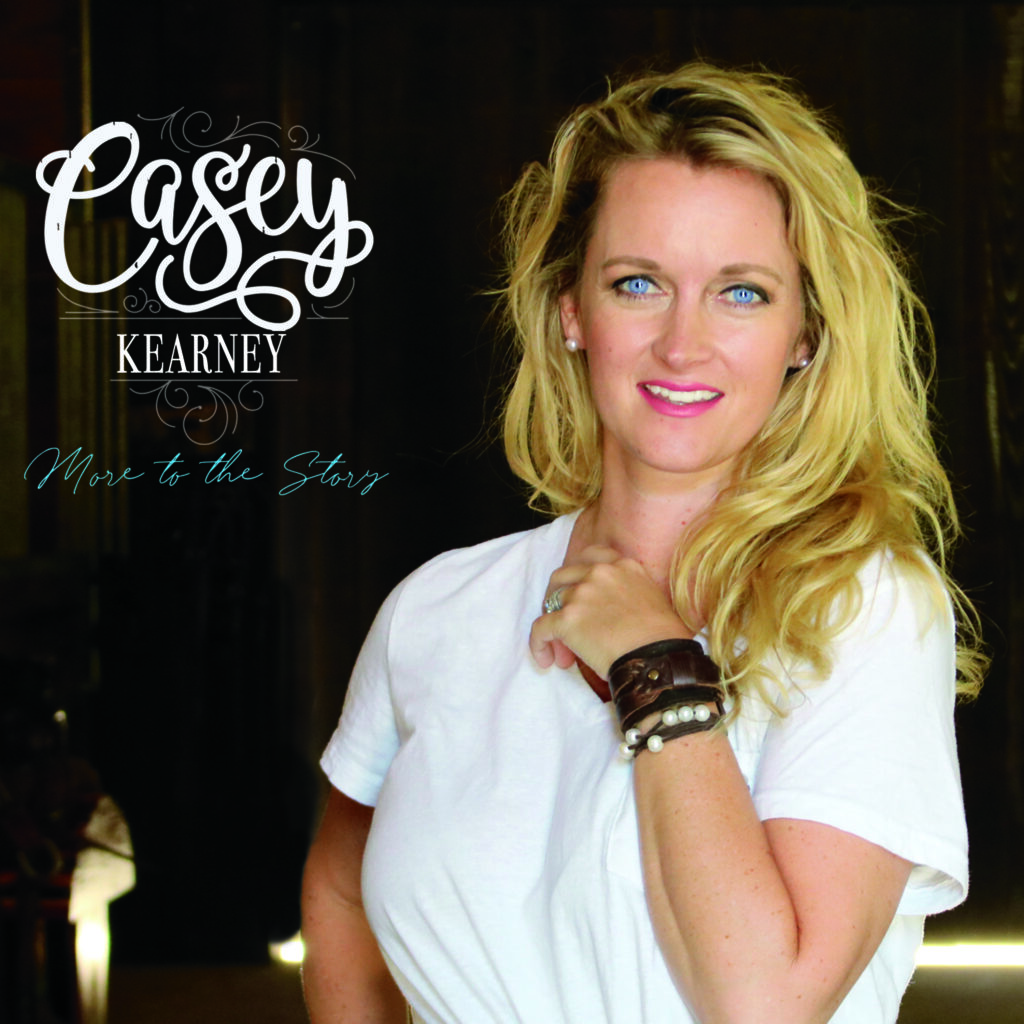 Locally acclaimed musician celebrates new album release with a weekend tour Casey Kearney will be performing at three Florida venues to debut her first full-length album “More to the Story” Local singer-songwriter Casey Kearney is celebrating the October release of her first full-length original album. The 11 song album is titled by the song “More to the Story” which was written about small town living and gossip. She wrote and recorded the project, maintained her regular gig schedule, while raising and homeschooling her three children who are active in the junior rodeo circuit. When describing her album, Kearney says “This project is extra close to my heart because it took so long to complete and was such a roller coaster to finally get it here. Some of the songs are my personal stories. My husband and I celebrate 20 years of marriage this year so the song “Make This Work” is one of my favorites. Others like “Waffle House” and “Bless Your Heart” are stories of friends and family. The

lyrics in “Little Words” are actual quotes from my Nana who passed away a few years ago and other lines I have heard my whole life that I want to pass to my children.” Musicians featured on the album currently tour with top country stars like Tim McGraw and Reba McEntire. Doug Kahan, an ACM award-winning producer based in Franklin, Tennessee, co-wrote several of the songs, contributed to the instrumentation and fully produced the project. Will Estell, the Director of Publishing for the 30A Company and Editor in Chief of Beach Happy Magazine, praised the album when he stated, “I absolutely love the new songs coming and I think everyone else will too. Most definitely her best tunes and writing.” In celebration of the release of “More to the Story,” Kearney is playing a special weekend tour in three locations across Northwest Florida. The Martin McDaniel Band who has toured with Luke Bryan, Alan Jackson, and Billy Currington, will be coming from Nashville, Tennessee joining Kearney to perform at Mattie Kelly Cultural Arts Village in Destin on September 10, then 3rd Planet Brewery in Niceville, Florida, on September 11, and finally Papa Joe’s in Panama City Beach, Florida, on September 12. See more information on these concerts on Casey Kearney’s Facebook page. Presale for the physical copies of “More to the Story” is open now and the album will be available digitally on all streaming outlets October 2, 2020. Kearney is excited to offer “More to the Story” on vinyl and cassette along with the CD option, as she has fond childhood memories of selling her father’s music on cassette when he performed. A new line of merch such as t-shirts and stickers have also been created for this album and will be available at the shows and online. Tickets to her upcoming weekend tour and preorder information for “More to the Story” can be found at www.caseykearney.com. All pre-orders qualify for free shipping with the coupon code FREESHIP11. ABOUT CASEY KEARNEY: Casey Kearney is a Florida-native country singer/songwriter and the founder and president of the nonprofit, “Bands of 30A.” Kearney has played events all over the country including stages in Las Vegas for the National Finals Rodeo, the national anthem in Truist Park for the Atlanta Braves, legendary locations in Nashville, Tennessee, and a Texas Country tour with top names in the country music industry. Casey released her first EP titled “Faster” in 2016 and her full cover album, “Somebody’s Favorite Song” in 2019. Casey was named “Best Country Artist” at the 2018 Beachcomber Music Awards X. Her first full original album, “More to the Story” will be released digitally on October 2, 2020. For more information visit www.caseykearney.com or find Casey Kearney on Facebook, Instagram, and Youtube @caseykearneymusic.