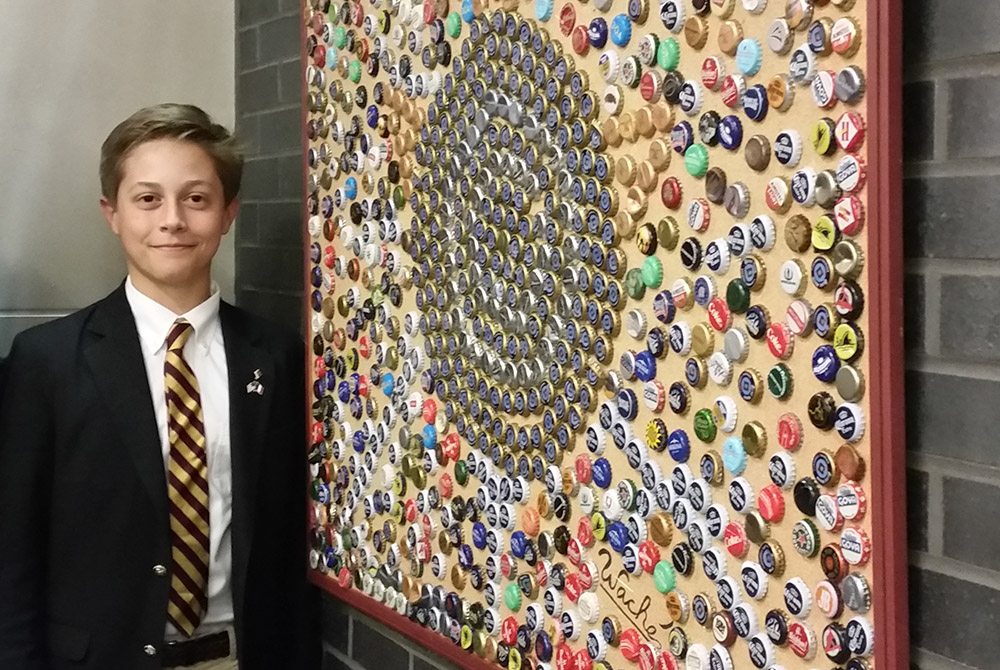 We’ve all seen the iconic, round 30A stickers displayed on car bumpers and water bottles around the country, but 13-year-old Henri Waché prefers to show off his love of 30A by collecting a different trinket — bottle caps.

“I first got a 30A bottle cap when I was in Grayton Beach a few years ago,” said Henri, who lives in Haverford, Pennsylvania. “They’re a reminder of our times at Grayton Beach and the community down there. My mom grew up in Fort Walton beach because my grandpa was an airforce pilot, so we come down every year.”

The bottle caps look like miniature 30A stickers and bring a little bit of small-town beach life to Henri’s collection.

Henri has been collecting bottle caps for three years — and he’s dedicated to the task. He doesn’t hesitate to dig through dirt and concrete to score a colorful cap.

He loves the aesthetic differences between the logos and designs on each one and the memories that come along with it.

“To me it’s not just a collection. I can really relate to every moment where I found one,” Henri said. “If anyone enjoys collecting something, I say go for it. I really think that collecting helps you to remember special moments.”

Instead of letting his collection of hundreds of caps sit in a drawer or a jar, Henri wanted to make something with them. One summer, he created a colorful, spiral design and mounted it to a framed corkboard.

“I wanted to display my collection in a different way so I thought making it into some sort of collage would be a good way to show all of them,” Henri said. “I enjoyed having my mind expand and really seeing what I could make with them.”

Henri attends The Haverford School, a private school for boys, where his artwork was recently displayed during an alumni reception in the upper school, an opportunity he is very proud of.

“My art teacher requested if anyone had done any artwork outside of school, and at first I hesitated, but they really embraced it and the upper schoolers loved it,” Henri said.

Henri’s mother, Robin Waché, is a native to the South Walton area and very proud that her son used 30A caps in his artwork.

“Every summer since my three children were born, we have managed to spend time in Grayton Beach,” Waché said.

“Slowly but surely the word is spreading that the most incredible beaches on earth are situated along 30-A. Shhh….don’t tell too many more people,” Robin said. “We hope to savor our little paradise forever.”