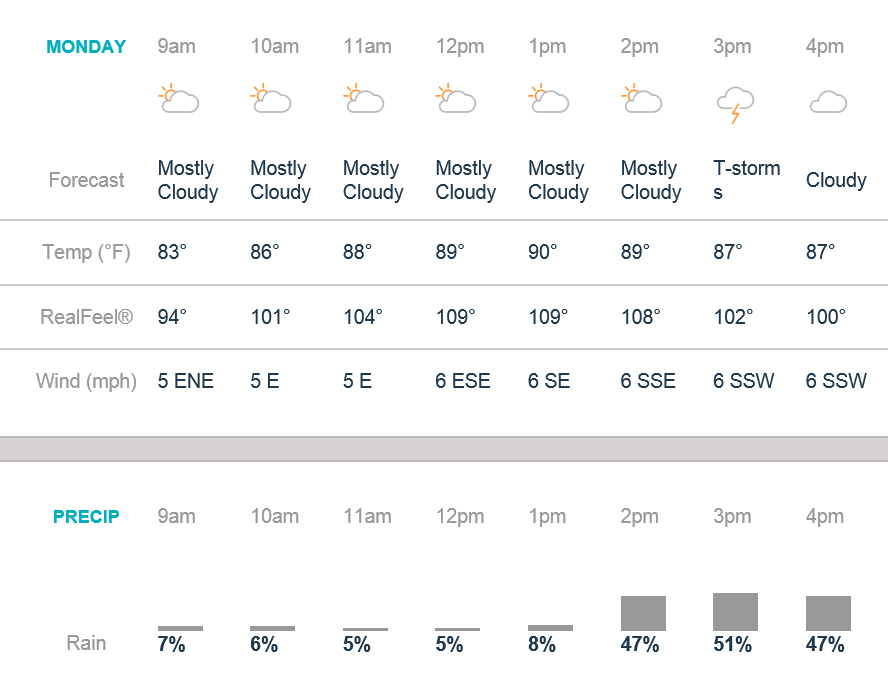 Pretty good chance of clouds blocking the Eclipse based on the forecast.

Highs in the lower 90s. East winds up to 5 mph shifting to the southeast in the afternoon. Chance of precipitation 40 percent.