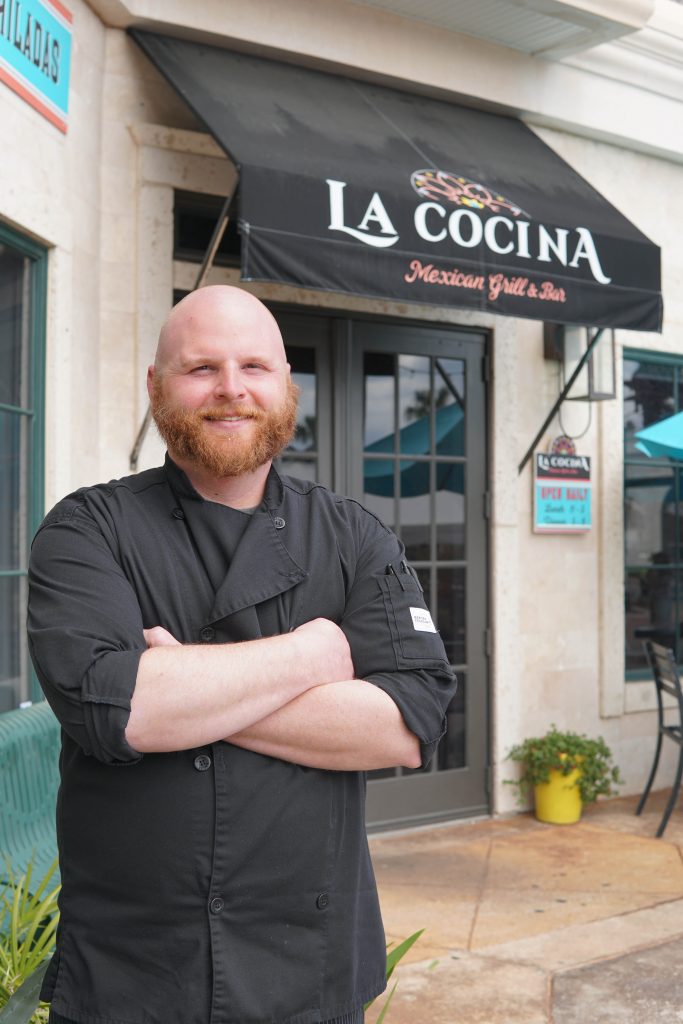 The Spell Restaurant Group recently went on a search for an Executive Chef to take the reigns at La Cocina Mexican Grill & Bar in Seacrest Beach, FL. They were looking for someone with great leadership skills and experience in Latin fare that could take it to another level. They came across Eric Bartholomew from Denver, CO and knew he was the perfect fit. Eric, his wife Hillary and their three kids, packed their bags and headed to South Walton. At the same time, they asked John “J.R.” McKinny, who was working at their sister restaurant, Saltwater Grill, to step up as the Sous Chef at La Cocina and he was thrilled. The Spell Restaurant Group has big plans for La Cocina going forward. This is the first time this restaurant has had an official chef and sous chef. They are looking forward to Eric and J.R. working together to put an authentic Latin inspired spin on the already delicious menu. Special features and more great things to come this summer at La Cocina.

About Eric Bartholomew – Executive Chef:
Eric hails from Huntsville, Alabama and began his cooking adventure at age 16. He brings a strong and impressive knowledge of Latin, Asian, Southern regional cuisines to La Cocina. His previous experience was with the Tag Restaurant Group in Denver, CO as Executive Chef for the Los Chignons (a Latin concept). Prior to his tenure in Denver, Eric worked as head chef at Babalu Tacos and Tapas where he led menu development and new store openings around the country.

Now firmly planted on the Florida panhandle and living on the Gulf Coast Eric gets a chance to forge relationships with local fishermen and farmers and provide sustainably raised products. On a personal note, living on the gulf allows him to pursue fly fishing, his biggest hobby, and enjoy family time in the sun with wife Hillary, daughters Isabella and Violet, and son Sawyer.

John “J.R.” was born in Houston and grew up in Austin, Texas. He began cooking at Keystone Ski Resort in Colorado where he honed his skills while there for 17 years. JR comes from a family who loves to cook and he credits his passion for food as coming from watching his grandma support a family of seven by cooking homemade tamales in her kitchen in Port Arthur, Texas. He has held positions from non-profit organizations, Keystone Science School, to high volume restaurants. In 2015, JR and his wife, Barre and 5-year-old son, Champion, moved to the Emerald Coast and JR became Sous Chef at Saltwater Grill, another Spell Restaurant. The family loves the outdoors and enjoys snowboarding, skate boarding, paddle boarding, white water rafting, hunting and fishing. They might have to trade in their snowboarding for water sports which they have happily discovered. JR is currently enrolled at Gulf Coast State College in the Culinary Management Program. He is in his last semester and can attest to the how this program of study will enhance his culinary and management skills.

About La Cocina:
Since 2009, La Cocina has served traditional Tex-Mex fare with a coastal twist in a fun, festive atmosphere. All dishes are prepared from scratch using the freshest ingredients available. La Cocina is nestled between Rosemary Beach and Alys Beach, in Seacrest Beach. The friendly staff offers some of the best drinks along 30A, including house-made mojitos, sangria, and a selection of fresh squeezed lime margaritas. La Cocina is always voted as one of South Walton‘s hot spots for Mexican cuisine. The proof is in the tacos. 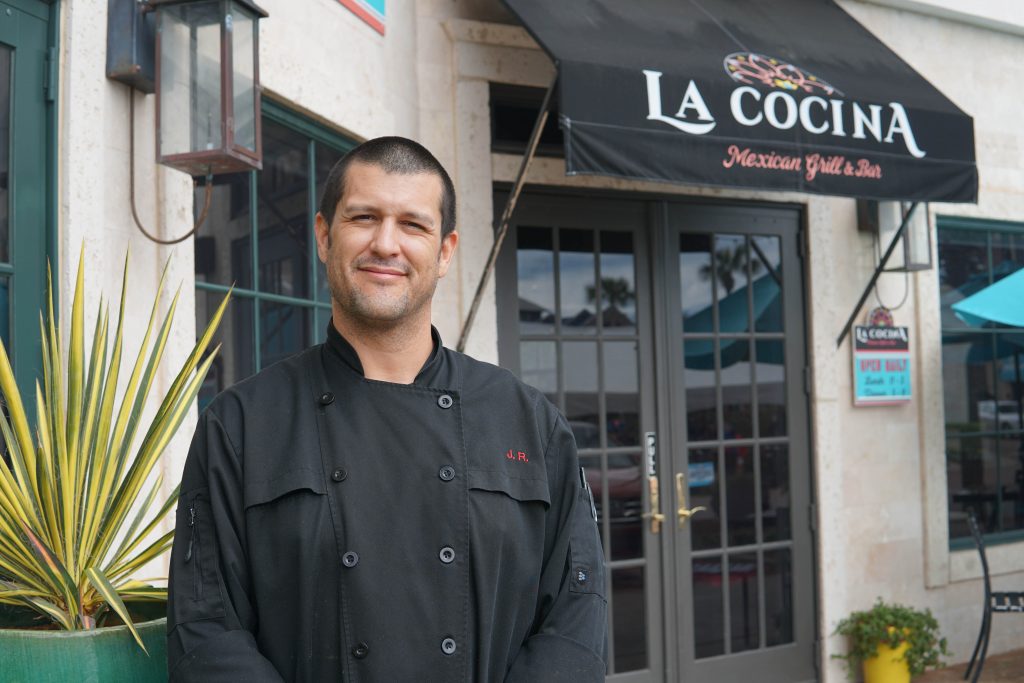