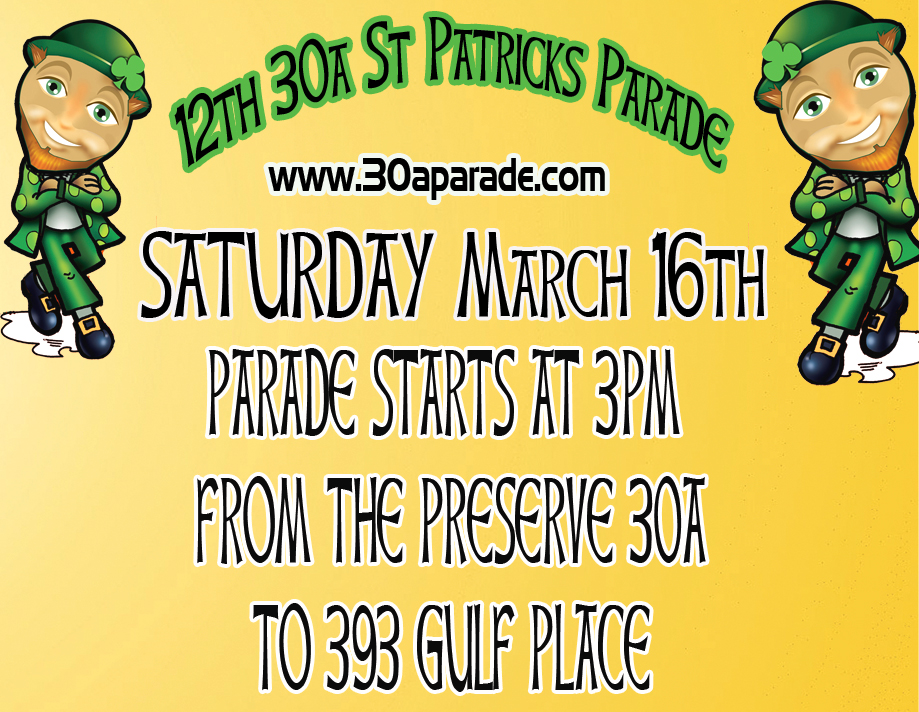 The free to enter parade anticipates a record number of floats and parade entries, in all shapes and sizes. The parade begins on Florida Scenic Highway 30a near “The Preserve” and heads 4 miles west, ending at CR 393 Gulf Place.

This year, Ollie Petit from the Red Bar in Grayton Beach is the Grand Marshal. The Best in Parade perpetual trophy is up for grabs again, for the best decorated cars trucks or floats.

“Every year, our Grand Marshal has held a special place in the parade’s history said Paul Vizard, event founder. This year is no exception. Having Oliver Petit – Owner of The Red Bar in Grayton beach – is especially meaningful, after the tragic fire. When the parade first began, it was a small group of cars and a couple of flags. Now the stream of floats and decorations are fantastic, I am very grateful for the support of our sponsors and the community.” 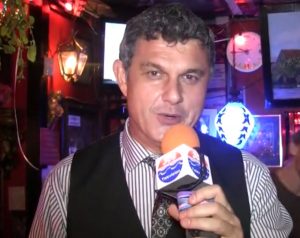 Event Information.
The 12th Annual 30a St Patrick’s Parade and Festival is the largest celebration in NW Florida of Ireland’s St. Patrick. The parade commences on Scenic 30a March 16th 3pm and ends at Gulf Place