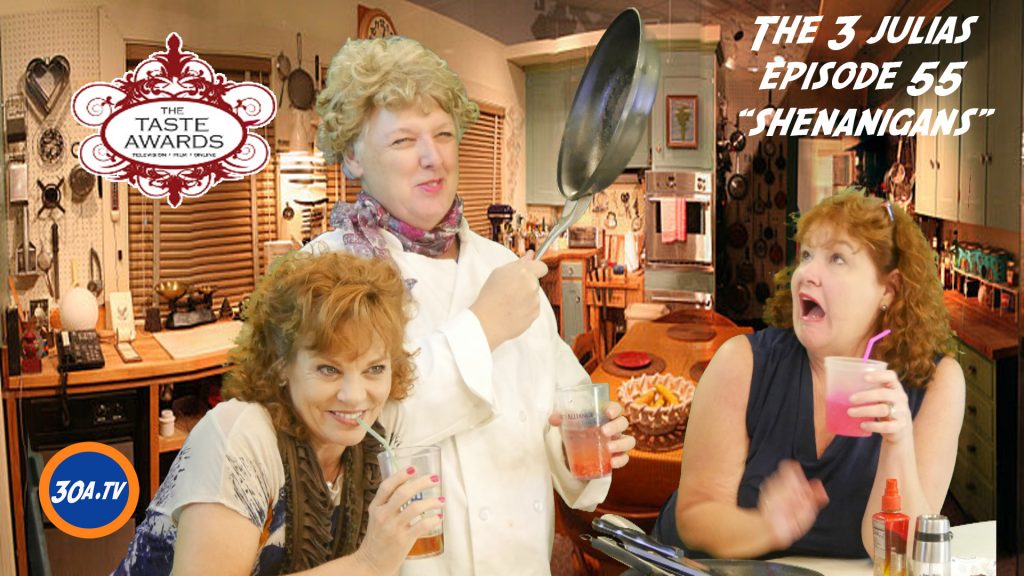 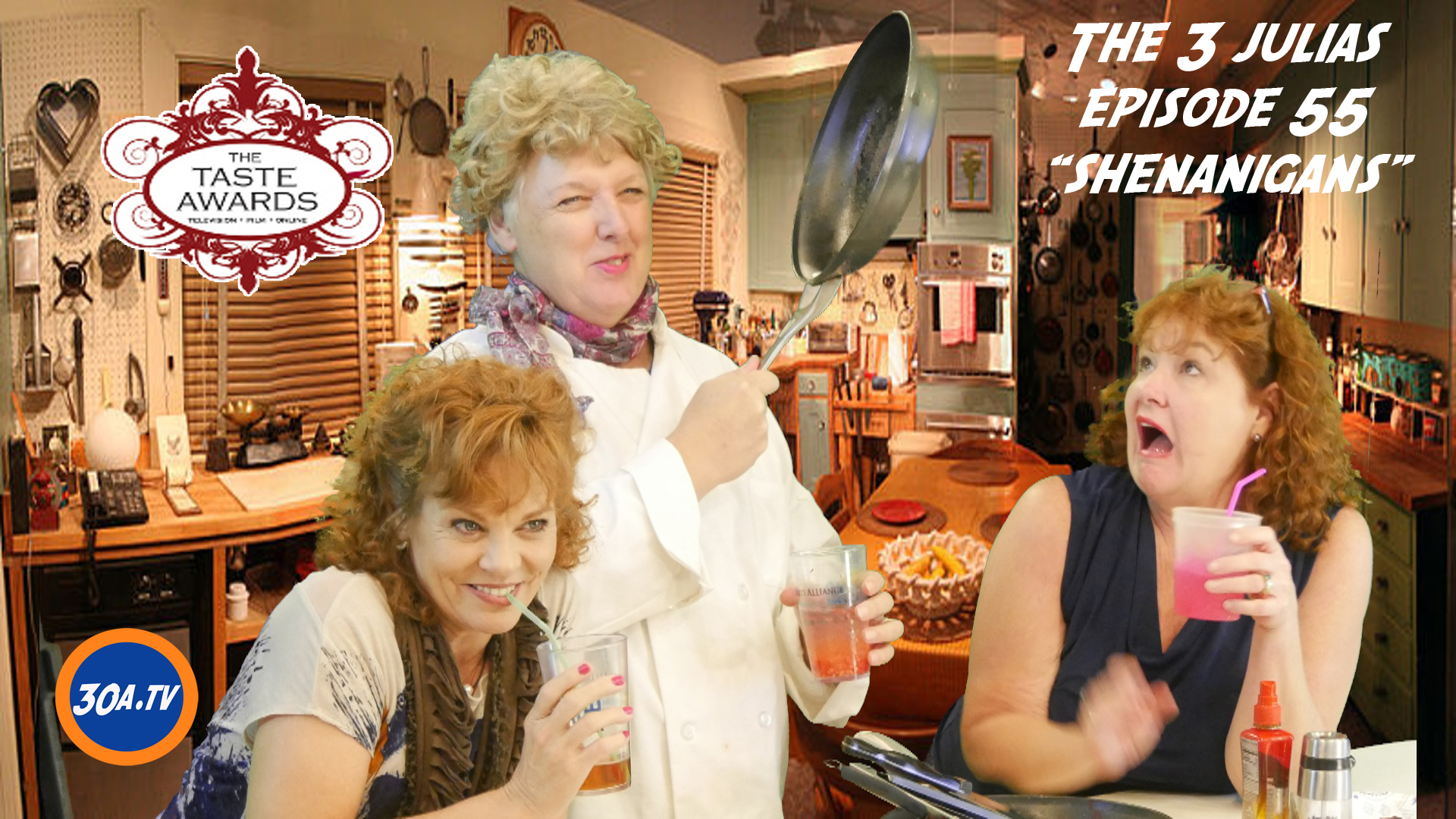 SANTA ROSA BEACH, FL,  — The long running Television series called The 3 Julia’s – starring 30a TV’s founder Paul Vizard, Redd, and acclaimed actress Teance Blackburn, has been previously nominated 5 times to the Viewers Choice Awards. The induction is for “Best Comedy Viewers Choice” category of The Taste Awards, and is inducted along with huge Food Network names such as Alex Guarnaschelli, Restaurant Impossible, and Best Thing I ever Ate.

Conceived as a parody tribute to cooking legend Julia Child, the show — now in its 10th year with 30+ episodes of comedic educational segments on cocktails, appetizers, and dinner, celebrates Julia Child and her culinary art. The 3 Julias can be seen on 30a Television www.30a.tv

“I am stunned,” said Paul. “We have been nominated quite a few times, but to be inducted to the hall of Fame alongside Alex Guarnaschelli, a world class chef, is a big shock, and compliment. A huge thank you to the Taste Awards Academy.”

Paul (Julia), Redd (Brooklyn Julia) and Teance (Southern Julia) will tread the red carpet at the awards show in California, where the Taste Awards Hall of Fame building, when completed, will be located. “Teance Blackburn said, This is by far the tastiest recognition I’ve received thus far, and an honor to be alongside such talented people.”

TASTE HALL OF FAME Inductees are selected based on either having received numerous TASTE AWARDS and finalist nominations over the years, or having made a significant impact in the world of taste and broadcast entertainment.

30A Media Broadcasts seven 24-7 channels of various original show content, from Florida beachside to celebrity interviews, Floridaman news, and more. Based in the of the NW Florida Panhandle, broadcasts are available nationwide on Roku Web TV, Amazon Firestick, Google Play, Apple Itunes and at www.30a.tv

The post The 3 Julias on 30A Television inducted into the Taste Awards Hall of Fame 2019 appeared first on 30A TV Video.