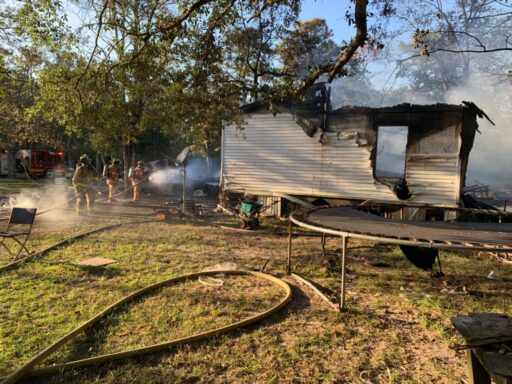 Walton County Fire Rescue quickly began extinguishing the flames with assistance from Eglin Air Force Base Fire & Emergency Services. The fire began to spread toward a wooded area nearby, but firefighters were able to keep the flames contained.

“The quick action of these men and women prevented a bad situation from becoming much worse,” says Sheriff Michael Adkinson. “With conditions being as dry as they are, this fire could have very easily spread to other homes nearby.”

Fortunately, both mobile homes were unoccupied and no one was injured in the fire. The cause of the fire is unknown at this time.