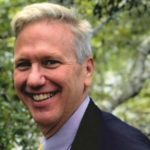 ke recently about how the United States has responded to crises and adversity over its history. He shared that the U.S., although perhaps late in responding, has historically done so with overwhelming force through the call to resilient leadership. That is due to this nation’s people coming together and the best qualities emerging from its leadership – public and private. Gen. Honore lead the Joint Task Katrina as Commander back in 2005. He is credited with restoring order and bringing about calm and recovery to the hurricane ravaged New Orleans area and the Mississippi Gulf Coast.

As our nation and the world looks at this ominous challenge, it knows it is time to summon its strength and to let faith overcome fear. Feed faith and let fear starve as the saying goes. The resilient leaders along with nurses, doctors and caretakers in health care, front line or essential workers and those in the nation’s logistics infrastructure; the first responders and those that keep law and order and protect this nation—they are also the unseen and unsung heroes who bring comfort, care and aid to the lonely, scared, suffering and hungry. The call to resilient leadership has been sounded and this nation and the world are responding.

And investors are left thinking and wondering what to do now, if anything, and are very worried about their savings, their investments and their dreams and goals. Two prime needs in life are health and wealth and both are being tested now that the black swan has appeared. What is a black swan or a black swan event?

If you imagine sitting on a park bench overlooking a lake and seeing a group or flock of swans, you could ask yourself, “What color are swans?” The answer, of course, is that swans are white. Now imagine, in that same setting, that a black swan appears among the group of swans. Your thoughts might range from how strange and unusual that it is, or it is something that you have never seen before. And that is the analogy for what we are experiencing now—an event so rare, so seldom seen or even fathomed, that it is very startling.

As the nation has responded to the calls to contain the virus through social distancing, sheltering in place, quarantining, staying home and hand washing and other measures, nothing has had more dramatic impact than the immediate halting of the economy. That has sent shockwaves to every person and every business in the land. It immediately brought enormous fear into the markets and inevitable sell offs began. Investors began to wonder rather quickly if their savings and investments were accelerating their descent with each passing day. The market has demonstrated enormous volatility in a record amount of time. That has become beyond unsettling.

Amid all this upheaval, investors and savers are encouraged to keep a few things in mind. First, seek to understand when planning or contemplating action. Why are the markets reacting so quickly and so negatively? Will they come back? What should I do?

Second, liquidity, historically, has been the main driver in short term market volatility. What does that mean when it comes to the stock market, the bond market and the money market (not to mention alternative asset markets such as commodities)? Financial assets (stocks, bonds) are considered liquid as they can be sold very quickly and converted into cash. In almost every crisis, health and wealth, liquidity has emerged early on as a major threat. That means that in a very short period, the ability to sell an asset quickly appeared to be drying up as evidenced by the widening of the spread of the price of an asset. The spread is the difference between the asking price (the ask) and the selling price (the bid).
When stocks began a swift sell off a few weeks ago, there was a significant shift into bonds, and bond prices went up. But then the spread on Treasury bonds began to widen. That is very unusual. There were not enough buyers vs. sellers and the price began to go down rather quickly. That affected bonds, and commercial paper, and of course stocks or equities. Institutional investors, which represent most of the trading each day, and are represented by pension funds, mutual funds, insurance companies, foundations, endowments, etc., responded to fear and began selling everything, including high quality investments (and even gold at the time) and going to cash. Fear drives these bigger investors just like it does the individual investors. In this day with electronic trading, there is added and tremendous velocity.

The result is a rapid decline in the price and that is very disconcerting, but not that unusual when compared to past crises. The Federal Reserve, in recognition of this, stepped in rather quickly with the introduction of buying programs designed to restore liquidity – mainly to the credit markets – through its buying of treasury bonds, mortgage backed bonds and commercial paper. Some people at times like this call the Federal Reserve the buyer (or lender) of last resort. That has brought some order to the turbulent markets recently. Add to that the Federal Reserve has also indicated that for the first time in its history, it intends to buy investment grade corporate bonds and investment grade exchange traded funds.
The Federal Reserve action is known as monetary policy. The U.S. Treasury, with the recent passing of the stimulus bill by Congress, is now implementing what is called fiscal policy. The $2 trillion dollar spending bill is designed to take a lot of the bite out of the feared decline of Gross Domestic Product (GDP) in the 2nd quarter of this year (April-Jun). It is hoped that the federal government – in situations such as this, and as the spender of last resort, can bring some calm and order to the economy through its support for workers and businesses. Currently, GDP is about $21 trillion per year. That would be about $5.25 trillion per quarter. With businesses having to close temporarily and production being curtailed, some estimates are that the decline could be at or around that same amount: $2 trillion. It is an immediate, albeit short-term, solution, but one that many could help the nation get through a time like this until the economy can get growing again.

What about asset prices and the concern for individual investors? Warren Buffet was interviewed on Monday March 2nd, on a day that market was in steep decline (and of course continued that decline throughout the month). He had many things to share and provoked much thought about investing. He mentioned several times that he does not know where the stock market or a (great) business that he wants to own might be in six months or a year. He went on to say that he has great confidence on where those businesses will be many years from now. He also asked people to consider if the 10, or 20-year outlook on a business (a stock) has changed because of the recent past.

Fear, it is said, is a much stronger motivator than greed. Asset prices climb the stairs of appreciation, but during a crisis they take the elevator straight down. A black swan event followed by fear and uncertainty leads to the evaporation of liquidity and the sell off begins and erodes asset values very quickly. Investors are urged to take caution, even during the uncertainty to learn from past calamities. There are many stories you can find on the internet about the past: The financial crisis of ’08, the 9/11 attacks of ‘01, the crash of ’87. You can go further in to the past and look at 1974 (oil embargo), 1962, the Cuban Missile Crisis. The Capital Group (American Funds) has a paper out on what it was like in early 1942. Look further and you will find the history of the panic of 1893 and the long depression that began in 1873. All had one central theme when it came to asset values: Liquidity. But recovery followed all of these as well. Some rather quickly and some over time. They say knowledge is power and now is a time to learn all you can while you can as you decide a different course of action or to stay the course.

Lastly, think back to your life over the past five years (or longer). Try and recall the people you have met and the books you have read and the experiences you have had. Determine what impact those things have had on your direction in life and think about what you have learned and incorporate that into your strategy going forward.

Maurice Stouse is a local Financial Advisor and the branch manager of The First Wealth Management and Raymond James. He has been in financial services for over 33 years. His main office is located at First Florida Bank, a division of the First, A National Banking Association, 2000 98 Palms Blvd, Destin, FL 32451. Branch offices are located in Niceville, Mary Esther, Miramar Beach, Freeport and Panama City, Pensacola and Tallahassee. Phone 850.654.8124. Raymond James advisors do not offer tax advice. Please see your tax professionals. Email: Maurice.stouse@raymondjames.com. Securities offered through Raymond James Financial Services, Inc. Member FINRA/SIPC, and are not insured by bank insurance, the FDIC or any other government agency, are not deposits or obligations of the bank, are not guaranteed by the bank, and are subject to risks, including the possible loss of principal. Investment Advisory Services are offered through Raymond James Financial Services Advisors, Inc. The First Wealth Management First Florida Bank, and The First, A National Banking Association are not registered broker/dealers and are independent of Raymond James Financial Services. Views expressed are the current opinion of the author, not necessarily those of RJFS or Raymond James, and are subject to change without notice. Information provided is general in nature and is not a complete statement of all information necessary for making an investment decision and is not a recommendation or a solicitation to buy or sell any security. Past performance is not indicative of future results.

The post The Black Swan Has Appeared appeared first on South Walton Life | 30A News, Events and Community Information.

Be the first to comment on "The Black Swan Has Appeared"