The Cape St. George Light is a must-see attraction for visitors the St. George Island, but do you know how the current lighthouse came to be? It is actually the fourth reconstruction of the island’s lighthouse and the community’s dedication to its preservation is a testament to the spirit of the island. 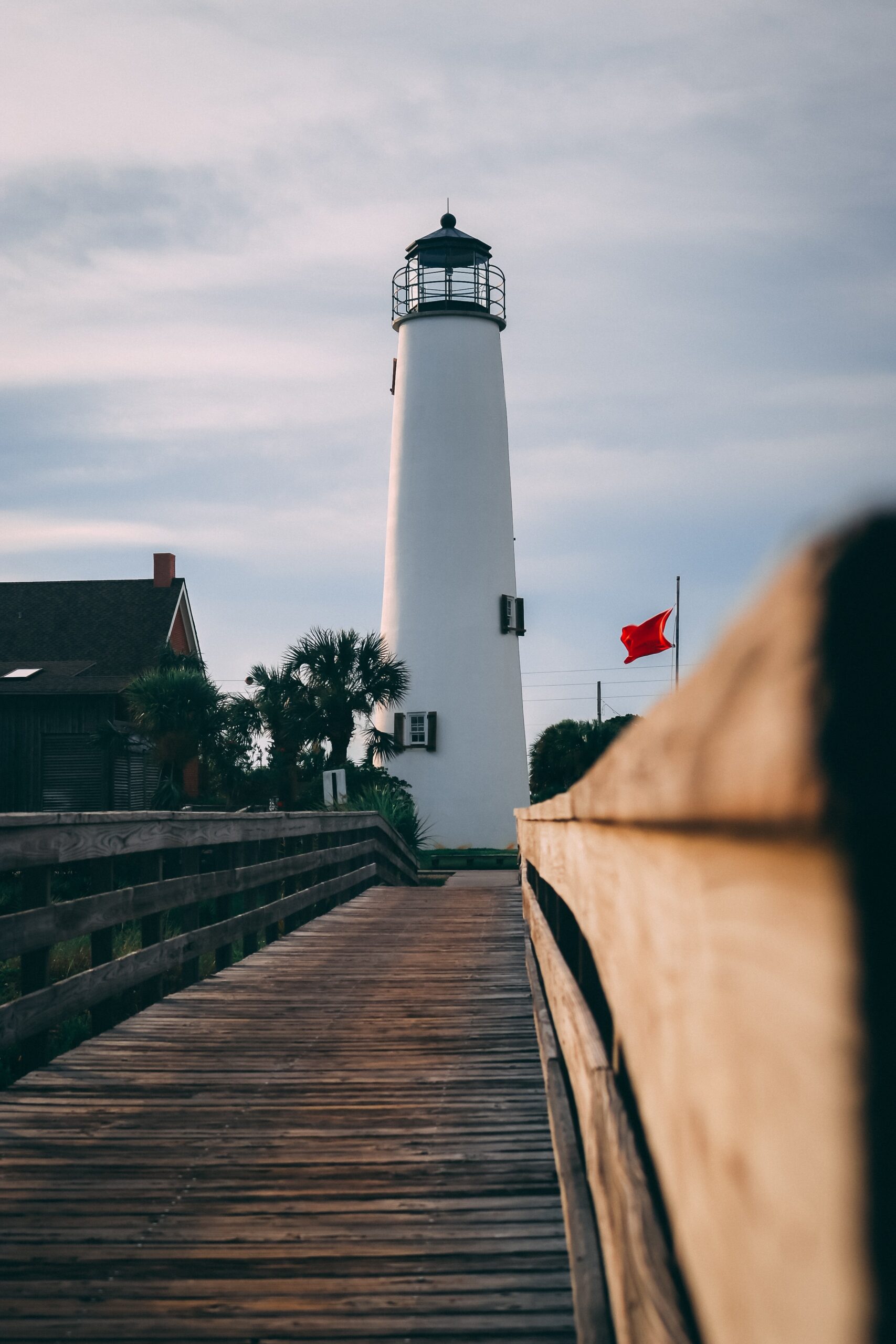 The original lighthouse was built in 1833 on what is now Little St. George Island near West Pass. The location turned out to be difficult for east-traveling maritime traffic to see and it was dismantled after being damaged by a storm. Its bricks were used to construct a new tower at Cape St. George in 1848.

The second lighthouse only lasted three years, falling to a hurricane in 1851. A third lighthouse was constructed in 1952, using materials from the original two but relocated further inland away from the Gulf waters. This Cape St. George Light served mariners for 153 years before being overcome by beach erosion and collapsing in 2005.

With a strong desire to preserve the island’s history, a team effort of volunteers and private contractors secured government funding to help salvage pieces of the Light for a future reconstruction. The St. George Island Lighthouse Association acquired the 1852 plans from the National Archives and led the initiative to rebuild.

Thanks to the community’s support and involvement, the Cape St. George Light was resurrected in 2008 with many of the original materials including salvaged bricks, granite door jambs and window lintels. A replica of the original Lighthouse Keeper’s House was built next to the lighthouse to serve as a museum and gift shop. Visitors can view an audio-visual interactive archive with photos, video and documents relating to the lighthouse’s storied history.

The Cape St. George Light is open to the public weekly with seasonal hours and closed on Thursdays. Fees to climb begin at $3 per person, and Full Moon Climb events are hosted monthly. There is no charge to enter the Gift Shop and Museum, and a Free Climbing Day is held annually in April each year.

Be the first to comment on "Discover the History of the Cape St. George Light"