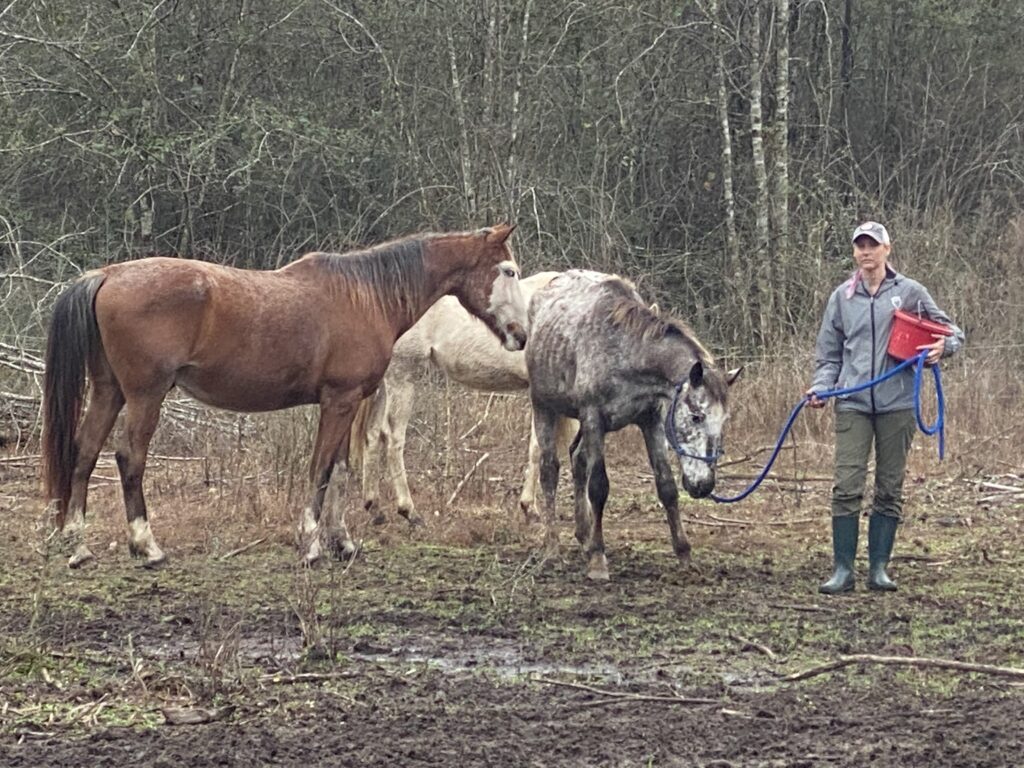 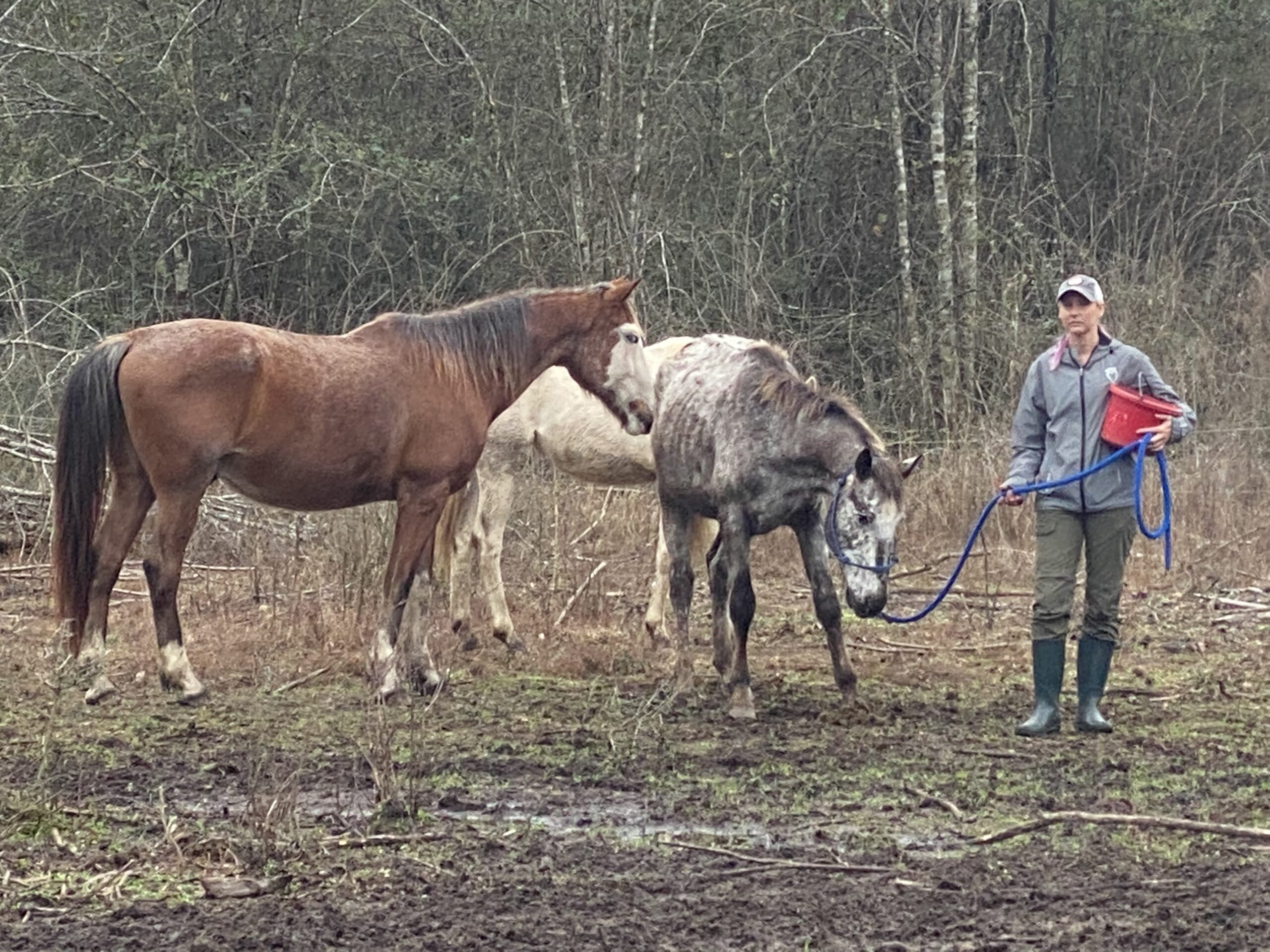 This past Friday, Alaqua Animal Refuge assisted the Panhandle Animal Welfare Society (PAWS) with the rescue of 77 animals from a severe neglect situation in Laurel Hill, Florida. The owner of Fyre Branch, located in Okaloosa County (FL), surrendered and signed over all but one of the animals to Alaqua. The remaining animal, a horse named Joker, was seized by PAWS.

Alaqua is caring for 11 horses, 47 birds, three dogs, and two cats that were saved. PAWS is caring for 14 pigs and is seeking legal custody of Joker.

When the Alaqua and PAWS rescue teams arrived on scene, they found severely emaciated and sick horses; deceased piglets and chickens; hogs that were standing in three feet of filthy water; and animal skulls, jawbones, and cow horns all across the property.

“The conditions were unfit for any living thing,” said Alaqua Founder and President Laurie Hood. “I’m happy that PAWS called on us to assist. It was an honor to work with them on this case. Despite the horrific conditions these animals were living in, it gives me peace to know we got them out of that situation and are helping them all heal now.”

Alaqua’s rescue team worked late into Friday evening and over the weekend to medically assess each animal and provide treatment and rehabilitation plans for those in need.

Coincidentally, one of the horses surrendered legally belongs to Alaqua. The horse was adopted last summer by a local trainer who had met all the Refuge’s necessary qualifications. However, at some point the trainer sold the horse to the owner of Fyre Branch. According to Alaqua’s adoption contract, any horse adopted from the Refuge doesn’t become under legal ownership of the adopter until after one year to ensure that the horse is being cared for properly and in a good situation. This helps ensure that an adopter doesn’t turn around and sell the horse for a profit.

PAWS is pursuing neglect charges against the owner of Fyre Branch and is continuing its investigation.

“Alaqua is proud to be a resource for our neighboring counties and rescue organizations that share a passion for animals and their rights,” Hood said. “Our assistance was all in the name of helping animals who could not help themselves, and it took teamwork and trust to accomplish it. We do it all for the love of animals.”

Circumstances like this put an incredible strain on the Refuge and its limited resources—especially when the number of animals is so large. Alaqua’s daily work of rescue and rehabilitation takes a village of loving staff members, veterinarians, volunteers, and support from the community. Donations for these and all animals in their care can be made here:  http://bit.ly/AlaquaDonate

About Alaqua Animal Refuge Alaqua Animal Refuge is a no-kill animal shelter and sanctuary, located in the panhandle of Florida. As the Southeast’s premier 501(c)3 refuge, Alaqua believes that every abused, neglected and homeless animal deserves a second chance. Committed to providing protection, shelter and care to animals in need, this private, non-profit Refuge also offers a full-service adoption center, educational outreach, and community programs that extend far beyond their geographic location. Since its inception in 2007, Alaqua has become a recognized leader in animal rescue, welfare, cruelty prevention, and advocacy. Alaqua is currently in the midst of a relocation and expansion capital campaign to build a one-of-a-kind facility—the first in the United States—on 100 donated acres. The new facility and sanctuary will allow Alaqua to continue all of the important work that is done now, as well as be an educational and training center to empower others to help animals and recreate the model worldwide. To learn more, visit www.Alaqua.org 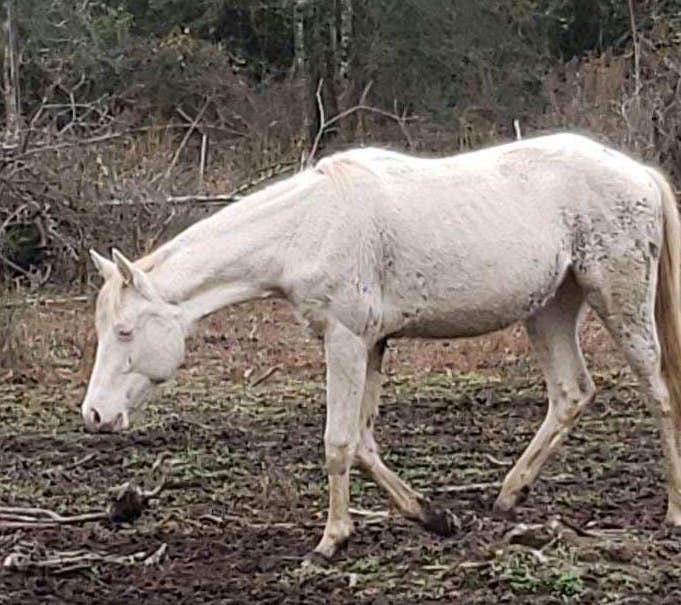